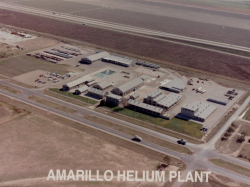 The Purpose and Need for Helium

Helium is an element that is found in natural gas. In the early 1900s, the US military tried to increase the nation’s supply of helium. Why? Helium can be an incredibly useful element.

Until the early 1900s, though, helium was very rare. In the early 1900s, scientists learned how to isolate helium. They stripped it from natural gas. In the 1910s, engineers began to think about new uses for helium.

Current events of the day shaped their ideas. Between 1914 and 1918, World War I raged across the globe. Competition for rare natural resources was a major cause of the war. Tapping a new resource like helium could give the nation a military edge.

Learn More! The National Park Service provides more information about the global historic context that led to World War I. Learn more from the THC about the recent observance of the World War I Centennial.

During World War I, the US Navy realized that helium could make airships float, since the gas is lighter than air. World War II led to more advancements in helium airships. Over time, the military and private industries learned about a wide variety of uses for helium – as described in the section on the National Defense and the Aerospace Industry.

Development of the Amarillo Helium Plant

An early step in planning was to choose a site for the new plant. Many factors influenced their choice.

In 1928, the Bureau of Mines found the right site. It was located about eight miles west of downtown Amarillo, Texas (fig. i). The Rock Island Railroad connected to the site. So did Route 66. Construction of the new plant began later in 1928. By 1929, the new Amarillo Helium Plant was ready to open. The volume of helium produced at the Amarillo plant quickly grew. By about 1934, the Amarillo Helium Plant was the only commercial helium plant in the world.

In the 1940s, World War II created new demands for helium. The research labs discovered ways to refine more helium. They also learned how to make higher-quality helium. The Bureau of Mines constructed new buildings at the Amarillo Helium Plant to help with the process (fig. ii). In 1943, they also constructed the Exell Helium Plant about 35 miles to the north. 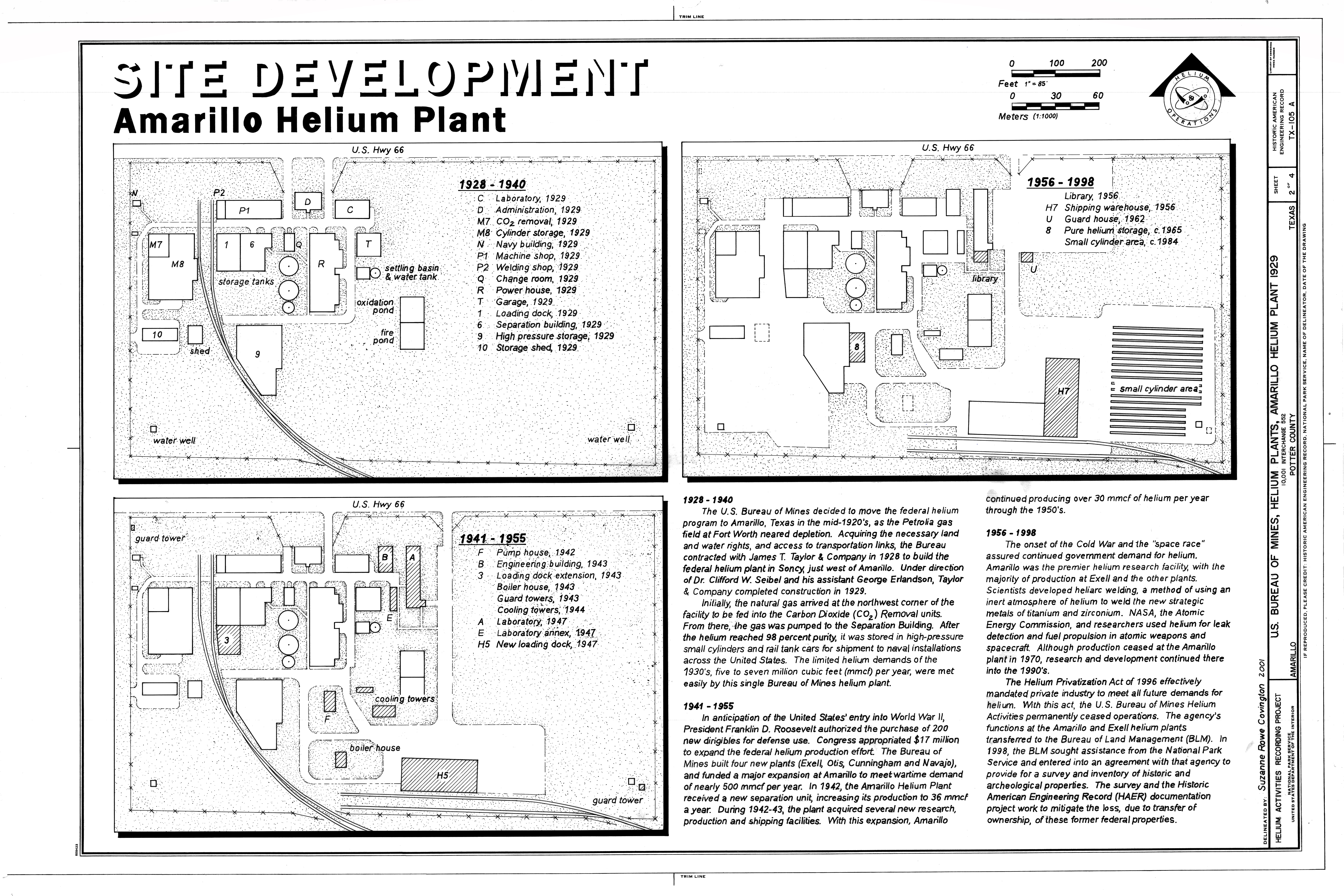 After World War II, demand for helium slowly declined. The Bureau of Mines stockpiled more helium than it sold. Some people also thought that private industries should make helium instead of the government. In the 1950s and 1960s, the Bureau of Mines began making the helium plant operate like a business (fig. iii). The Amarillo Helium Plant had to pay for its expenses with profits from the helium sold. 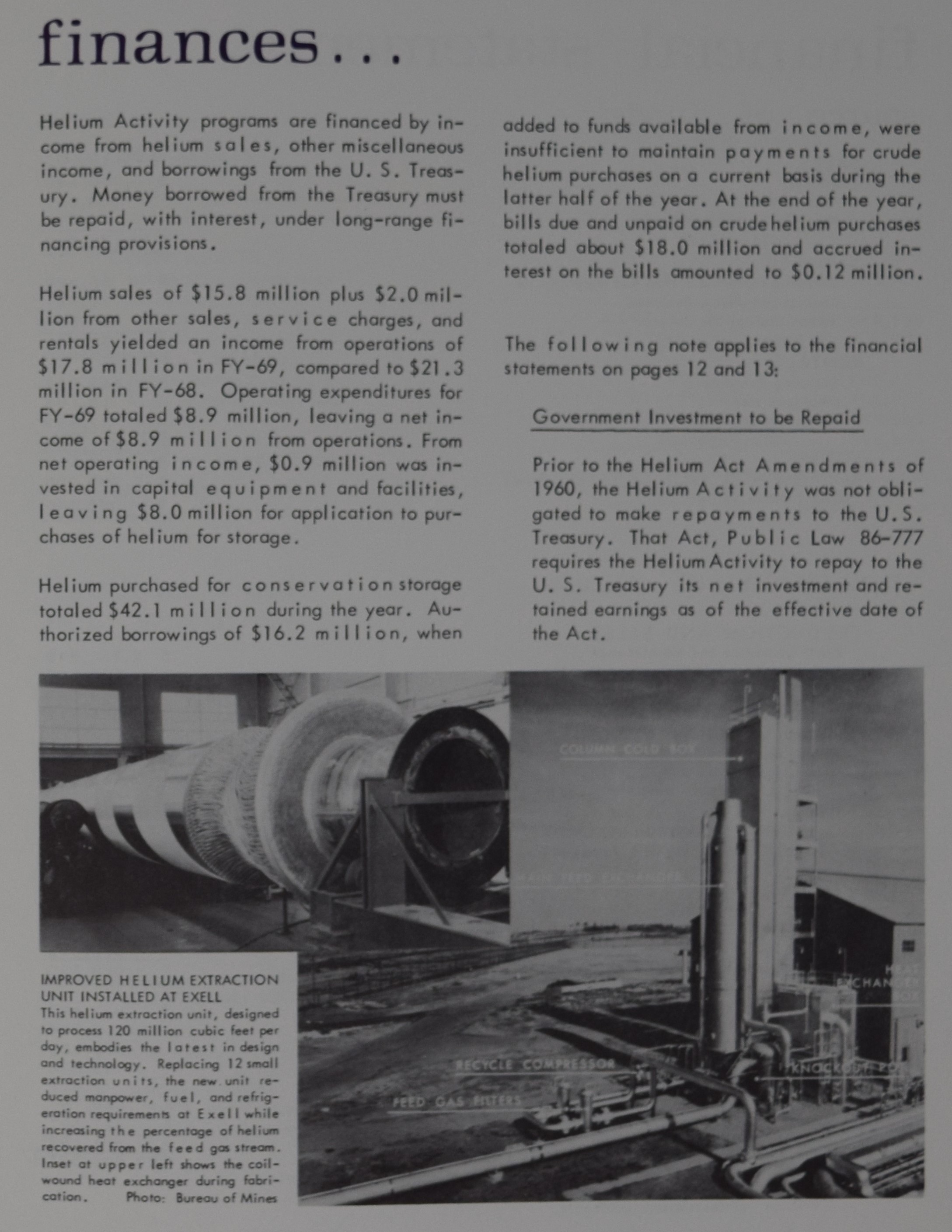 As funding declined, staff had to be laid off. By 1970, the Amarillo Helium Plant stopped making helium. A few remaining employees worked in the lab. Other employees still worked in administrative roles supporting the Exell plant (fig. iv). In 1996, a new law halted all federal funding for helium operations. The Amarillo Helium Plant closed its doors two years later, in 1998.

Learn more about the Amarillo Helium Plant and the National Defense and the Aerospace Industry.