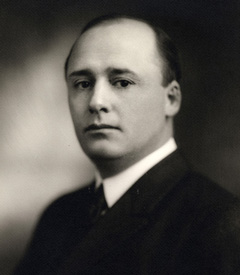 In 1912, when U.S. Congressman Choice Randell vacated his seat representing the Fourth Congressional District of Texas, Rayburn quickly filed to include his name on the ballot for the upcoming election. He joined the campaign in earnest. His campaign was managed by a group of supporters known as the “Inner Sanctum.” This group included prominent businessmen, attorneys, and bankers from the district. They set up Rayburn clubs, organized campaign caravans, shook hands, and spread the Rayburn message. In campaign speeches, the young hopeful spoke frankly about the issues; he was loyal to the Democratic Party and supported free trade to benefit farmers, states’ rights, and a federal inheritance tax. 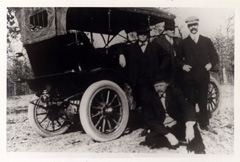 Voters considered Rayburn’s views on national legislation as they headed to the polls in the Democratic election on July 27, 1912. The vote was so close that the official count was delayed until August 1. Rayburn claimed victory and was elected by a margin of just 2 percent over opponent Tom Perkins. Rayburn won the general election in November 1912, and officially became the Fourth Congressional District of Texas Representative in Congress.

The newly elected congressman hopped aboard a train in Bonham on February 27, 1913, and began the trek to his new job in Washington, D.C. He arrived before the start of the 63rd Congress in part to attend President Woodrow Wilson’s inauguration. After the inaugural ceremony, Rayburn quickly began working in the House.

The Sam Rayburn House Museum is located at 890 W. State Hwy. 56, two miles west of Bonham, in the Texas Lakes Trail Region. It tells the real story of Sam Rayburn, one of the most powerful and influential politicians of the 20th century, in his authentic 1916 home. The site is open for tours Tuesday through Sunday from 9 a.m. to 4:30 p.m.