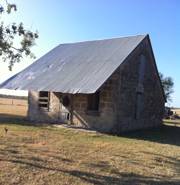 At the January 23–24 quarterly meeting of the Texas Historical Commission, 168 new historical marker topics were approved for 2014. We’ve posted a full listing sorted by county on the state historical markers section of our website.

During the commission meeting, the following six topics were highlighted as 2014 examples.

John Gawlik Home (Karnes County) – 1858 stone home in the community of Panna Maria, the oldest permanent Polish settlement in the U.S. Gawlik, who had trained as a stone mason in Poland, built this home and many other buildings in Karnes County. 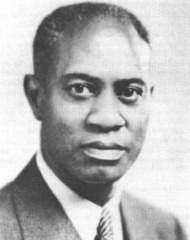 Melvin B. Tolson (Harrison County) – Tolson was a poet, playwright, novelist, professor, popular lecturer, journalist, and debate coach during his long career in historically African American southern colleges, including Wiley College in Marshall. He started the debate team at Wiley College. The team went on to beat many top-rated colleges, including its most notable 1935 win over national champions the University of Southern California. Tolson and his debate team were featured in the 2009 Hollywood movie, “The Great Debaters.”

Nellie Gray Robertson (Hood County) – In 1918, Robertson became the first female county attorney in Texas history. Women were not able to vote in the general election, but Nellie still won by a count of 446–2. She served three terms as county attorney from 1918–26. 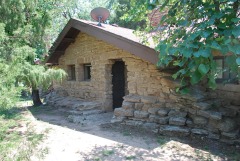 Palisades State Park Concession (Refectory) Building (Randall County) – Built in 1935 by the Civilian Conservation Corps (CCC), this building is located in Palisades State Park in the Texas panhandle. The architectural style sought to blend the structure with its surroundings through use of stone quarried from the nearby canyon walls, low silhouettes, and loss of foundational lines.