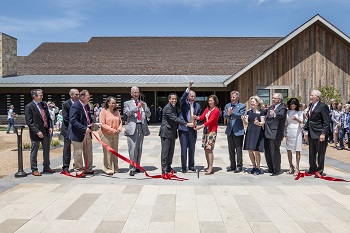 2018 brought many new additions, marker unveilings, rededications, and grand openings at the THC. Here are just a few of the major milestones that made 2018 so special.

We rededicated the Karnes County Courthouse, which now reflects its original 1894 architectural glory and is ready to serve new generations of Texans. The Texas Historic Courthouse Preservation Program has turned around the trend of disrepair and begun restoring these treasured historic landmarks. To date, the program has funded 70 Texas courthouse restorations, and another 26 courthouses have received emergency or planning grants to complete small projects.

The San Antonio downtown and River Walk Historic District in Bexar County was listed in the National Register of Historic Places. The THC assisted in the nomination of this district in recognition of its importance to the history of San Antonio and the State of Texas.

We celebrated 50 years of the Texas Heritage Trails Program by hosting a sweepstakes with monthly prize packages offering travel getaways—one to each of the 10 trail regions as part of our Stay an Extra Day sweepstakes. 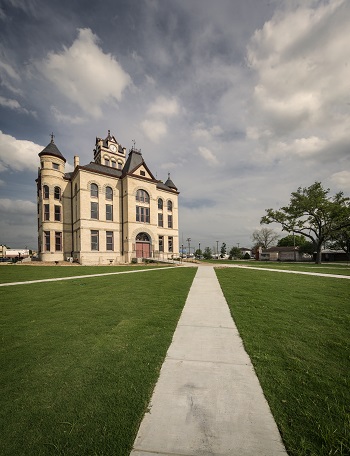 We hosted a dedication ceremony for the Porvenir Massacre Undertold Marker at the Presidio County Courthouse in Marfa. In a ceremony celebrating the so-called Eighth Wonder of the World, the beloved Astrodome received its own historical marker designating it a Recorded Texas Historic Landmark.

The THC awarded the first round of Texas Preservation Trust Fund emergency grants totaling $165,000 in January 2018 to historic properties and archeological resources that sustained damage from one of the worst weather disasters in U.S. history.

To honor the men and women who served in World War I, the Texas Historical Commission invited Texans everywhere to show their appreciation by joining in activities in commemoration of the 100th anniversary of Armistice Day in recognition of the Great War ceasefire.

The THC announced grant recipients for Round X of the nationally recognized Texas Historic Courthouse Preservation Program. The agency awarded matching grants totaling $19,713,303 to 15 counties to aid in preservation of their historic courthouses, including four grants to undertake full restorations.

As part of National Preservation Month in May, the THC's Texas Main Street Program and Town Square Initiative hosted the 2018 Imagine the Possibilities Tours in May and June. The tours showcased 137 available properties in 17 cities across Texas as a way to engage potential investors, entrepreneurs, developers, residents, and anyone else who has imagined themselves running a business, owning a building, or living downtown.

At our historic sites, a detailed restoration was completed of the Sam Bell Maxey House library, dining room, hallway, and parlor. A new and improved visitors center was reopened at Fort McKavett State Historic Site. 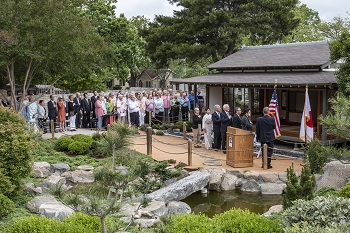 The National Museum of the Pacific War in Fredericksburg held a rededication ceremony for the Japanese Garden of Peace, which was a gift from the people of Japan to the people of America in honor of the friendship between Fleet Admiral Chester W. Nimitz and Admiral Heihachiro Togo. In 2015, the garden underwent a $400,000 renovation to restore it to the Japanese architect’s original design. Since its renovation, the Admiral Nimitz Foundation has become a member of the North American Japanese Garden Association and assigned a full-time, properly trained gardener to maintain it.

New print publications we produced this year included four more issues of our quarterly magazine, The Medallion. Keep up to date with THC in the new year by following our updates on Facebook, Twitter, YouTube, LinkedIn, and Instagram.