The Texas Historical Commission rose to the challenges of 2021 and successfully preserved the state’s real places and stories across the entire Lone Star State.

The THC hosted six reopening ceremonies for completed projects in 2021. The following highlights are presented in chronological order. 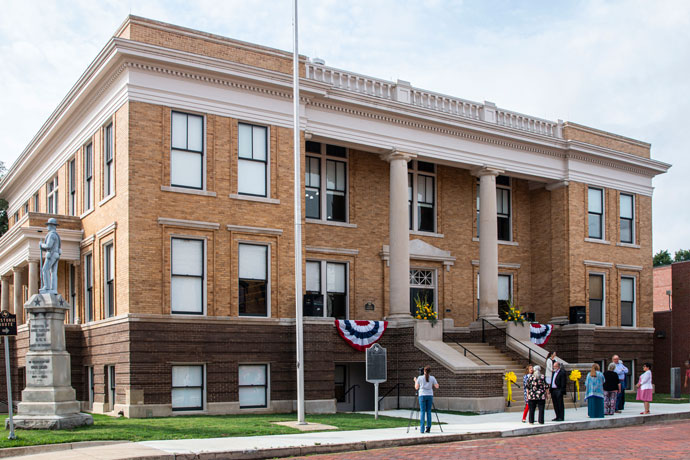 For two-and-a-half years, Marion County and the THC worked to restore the three-story 1912 Classical Revival building designed by architect Elmer George Withers. The county received more than $4.6 million in grants from the THC’s Texas Historic Courthouse Preservation Program (THCPP) in 2018 and contributed $1 million as its required matching funds.

The grant restored the third-floor courtroom to its former height, returned all interior spaces to their original character, and rehabilitated exterior elements, including porch ceilings, the red-tile roof, and concrete masonry. Technical considerations were also addressed, including mechanical, electrical, plumbing, security, and fire suppression systems.

On May 22, the THC, County Judge Leward LaFleur, and residents of Marion County rededicated and officially opened their fully restored courthouse to the public. The courthouse is a State Antiquities Landmark, Recorded Texas Historic Landmark, and is listed in the National Register of Historic Places. 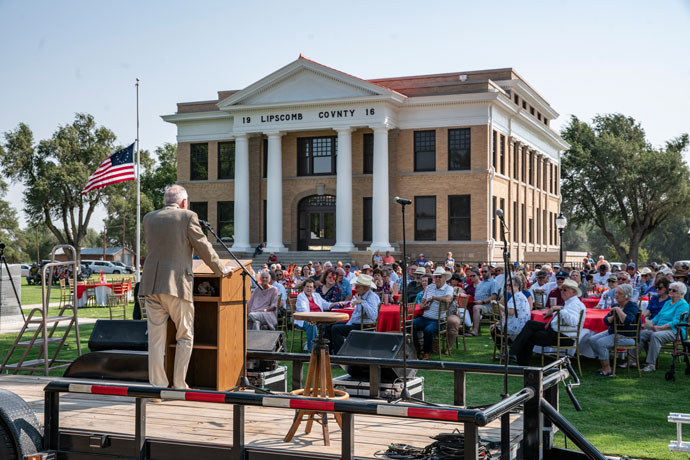 Lipscomb County has participated in the THCPP since its beginning, working with THC architects and staff to evaluate the courthouse. The courthouse was awarded an emergency grant in 2014 and a full restoration grant in 2018.

On September 11, the THC, County Judge Mickey Simpson, and residents of Lipscomb County rededicated and officially opened their fully restored courthouse to the public. The restoration provided new mechanical, electrical, and plumbing systems, new security features, and a new elevator to help those with disabilities better navigate and access the courthouse.

Designed by William M. Rice, the 1916 courthouse, in the Classical Revival style, dominates the town site and continues to function as the center of government for county residents today. Defining features of the building include an arched doorway and a triangular pediment supported by Doric-order columns.

The courthouse is designated as a Recorded Texas Historic Landmark and State Antiquities Landmark. 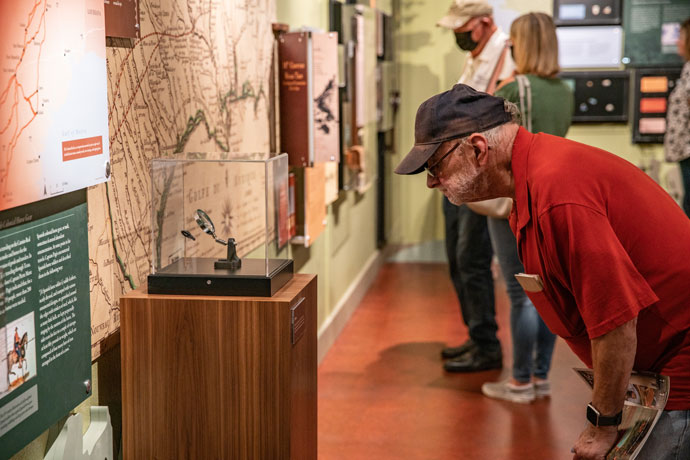 Built in 1721, Mission Dolores lay just 20 miles west of the Texas-Louisiana border. This Spanish mission site tells an important history about the Native American experience with Texas’ earliest European settlers along El Camino Real de los Tejas National Historic Trail. Today, there are no historic above-ground remains of the mission, but the site has been confirmed by archeological investigations and historical records.

On October 9, the THC, San Augustine County, and the Friends of Mission Dolores celebrated a grand reopening to the public after two years of restoration. Visitors to Mission Dolores State Historic Site can now explore a new museum that tells the story of the mission, enhancements to the site, campground, picnic areas, group pavilions, and a new nine-hole disc golf course.

The site is listed in the National Register of Historic Places and is a designated State Antiquities Landmark. 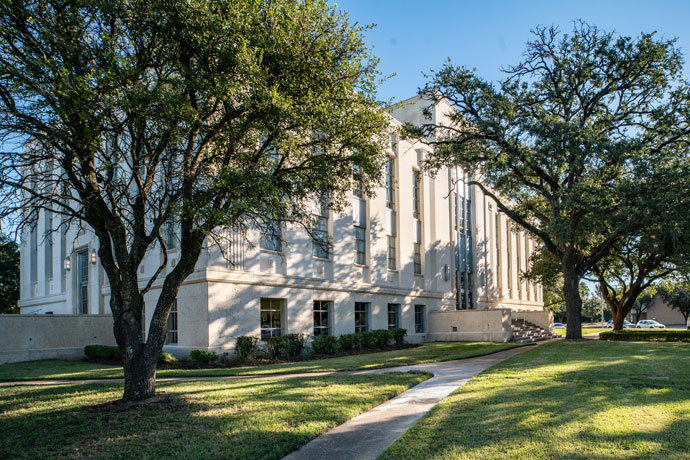 Falls County received its initial funding in the THCPP’s first round of planning grants in 2000. After a 10-year hiatus, under the leadership of Judge Jay Elliott, the county applied successfully for a construction grant and received $5.8 million in 2018 to fully restore the 1939 Art Moderne-style building. Its architectural features include a distinctive symmetrical façade and Texas pink granite entry steps.

On October 16, the THC, Judge Elliot, and residents of Falls County rededicated and officially opened their fully restored courthouse to the public. JC Stoddard, Inc. and Komatsu Architecture, Inc. collaborated to restore the building to its historic beauty, which will attract heritage tourists from across Texas. It will also create a functional, energy-efficient building that will serve the citizens of Falls County for decades to come.

Falls County sees more than $8 million in direct travel spending, and about 80 full time jobs are supported here by the travel industry. 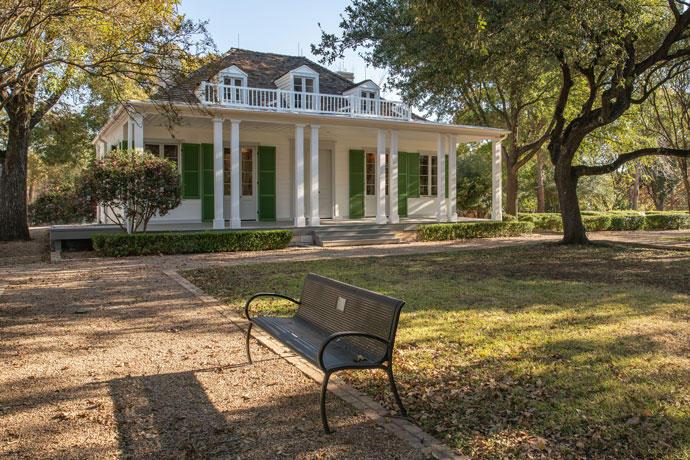 Built in 1841, the French Legation in Austin was a private home for France’s representative to the Republic of Texas, Alphonse Dubois, after the French monarch officially recognized the Republic of Texas as a sovereign nation. Over the years, the house went through a series of owners, including the Catholic Church, before it was purchased by Dr. Joseph Robertson in 1848.

It was eventually sold to the State of Texas in 1949, where it remained under the custodianship of the Daughters of the Republic of Texas. In 2017, the Texas Legislature transferred the site to the THC, which undertook an extensive restoration of the historic home, kitchen, and visitors center to include a new café and gift shop. Visitors can take in a stunning view of the Austin skyline and State Capitol Building, and grab quick bites, coffee, and site souvenirs from the visitors center.

On October 30, the THC invited the public to visit the French Legation State Historic Site for its grand reopening. Attendees enjoyed the new but familiar cultural destination where they gathered on two acres of rolling lawns of shade trees surrounding the historic building. 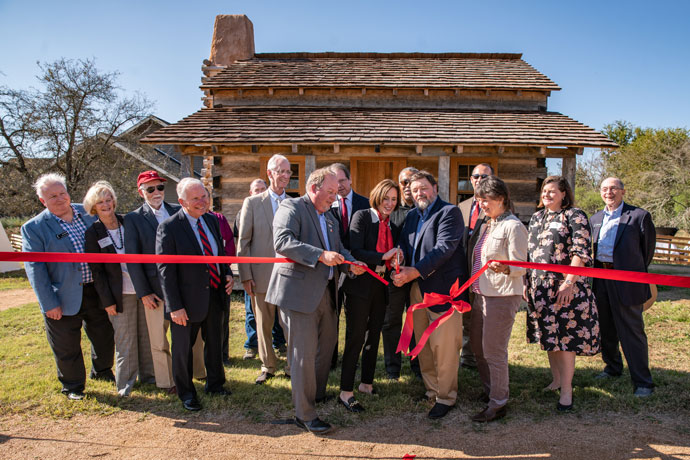 San Felipe de Austin State Historic Site commemorates the location where, in 1823, Stephen F. Austin established a headquarters for his colony in Mexican Texas. The THC’s museum and newly constructed Villa de Austin, a permanent outdoor exhibit, tell the stories of early settlers in this region.

Villa de Austin evokes the look and feel of the town in the early 1830s. Built by craftsmen in the tradition of America’s great outdoor museums, the Villa offers a unique and captivating glimpse into life on the Texas frontier during the era of American settlement in Mexican Texas.

On November 13, the THC and the Friends of San Felipe de Austin State Historic Site welcomed guests to the ceremonial opening of the Villa. Now, visitors can walk in the footsteps of early pioneers at what was the social, economic, and political center of American immigration to Texas before independence. Explore period-inspired buildings, including the Texas Gazette print office, Farmer’s Hotel, schoolhouse, and courthouse.