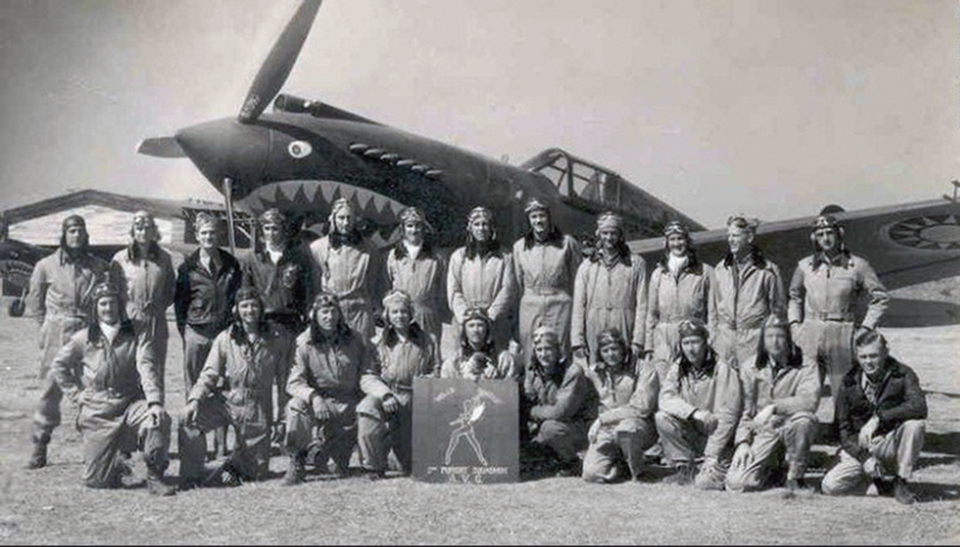 As we approach the 75th anniversary of the end of World War II, it is an appropriate time to reflect on how the conflict shaped Texas and how Texans contributed to the largest and most costly war ever experienced. 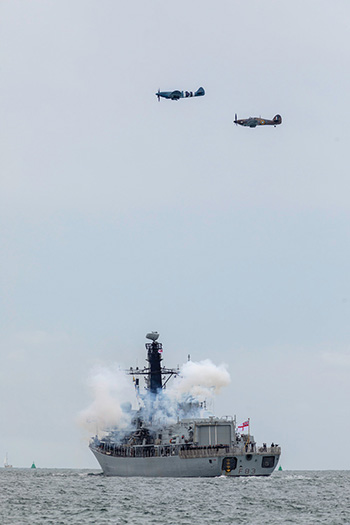 By the time the war ended, over 750,000 Texans served in uniform with more than 22,000 of them making the ultimate sacrifice. The U.S. spent the modern equivalent of $4 trillion on the war effort, altering the Texas landscape, economy, and society for generations to come.

Over the past several years, numerous 75th anniversary commemorations have taken place in communities to honor the people and events of the war. In the process, Texans from all walks of life large and small have been recognized for their service and actions.

A few hundred people assembled at the birthplace of Claire Chennault, organizer and leader of the famed Flying Tigers, for the dedication of a historical marker in Commerce. Meanwhile, on the beaches of Normandy, hundreds of veterans and a crowd of 12,000—including Clifford Stump, a 95-year-old World War II veteran from Dallas—joined world leaders on June 6, 2019, for the 75th anniversary D-Day commemoration.

Many activities scheduled for May 2020 to celebrate the end of the war in Europe were postponed until autumn or canceled due to the coronavirus pandemic. Planning for these events across the state and nation is underway and will be adjusted as needed. 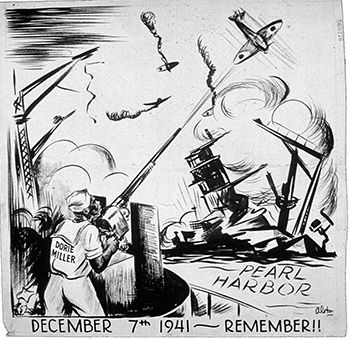 The U.S. Navy took a major step toward ensuring the lasting legacy of Pearl Harbor hero and Waco native Doris Miller. Earlier this year, it named the next Gerald R. Ford Class aircraft carrier in honor of Miller.

Though it’s the second ship named in his honor, the new USS Doris Miller (CVN-81) is the first aircraft carrier named in honor of an African American and the first in honor of an enlisted sailor. It is currently scheduled to begin construction in 2023, be commissioned in 2030, and serve the nation for decades.

In 2005, the Texas Historical Commission published a special World War II edition of The Medallion in honor of the 60th anniversary. In it, commissioners and staff laid out plans for the multi-year Texas in World War II initiative. Thanks to the generosity of numerous donors and the work of commissioners, staff, and countless volunteers at the local level, the effort was a success and is still ongoing.

The initiative included special commemorative ceremonies at the Capitol, September 2, 2005, the production of the Texas in World War II heritage travel brochure, a statewide survey of WWII-related sites, a special series of historical markers across the state, an oral history training program, and an expansion of the amount of WWII content the agency provides online. Beyond the 2005 ceremonies and release of the travel brochure (which remains available at texastimetravel.com), the THC’s efforts extended for several years and continue to influence agency programs.

The most extensive of these efforts was the statewide WWII sites survey. The need for facilities to train military personnel and house prisoners of war and internees led to the expansion or construction of 65 Army airfields, 35 Army posts, nine naval installations, more than 70 prisoner of war camps, and five internment camps. Meanwhile, industrial facilities needed to produce the materials necessary for the war effort were also greatly expanded, quadrupling output between 1939 and 1944.

As a result, the statewide survey, made possible through the work of numerous County Historical Commissions (CHCs), identified and documented more than 1,700 military and home-front sites across the state. This effort provided greater documentation of these sites’ importance; in some cases, like with the Enemy Alien Internment Camps, they also led to greater community awareness through increased interpretive materials.

The Vignettes of Wartime Texas program, which provided official Texas historical markers for 15 WWII-related sites, was successful enough to secure markers for 21 sites across the state. These markers shared stories of the war and life on the home front that had not been fully explored.

Another aspect of the THC’s World War II initiative was the national award-winning oral history training provided by staff through the project “Here and There: Recollections of Texas in World War II.” By working with other state-level organizations, CHCs, and other local groups, staff conducted 55 workshops across the state.

Sharing the experiences of those who served and lived in Texas during WWII is also an enduring effort for many museums across the state. Ensuring that the dedication of America’s “Greatest Generation” is remembered is the task of current and future generations.