African American History in Texas: Stories of Challenge and Hope 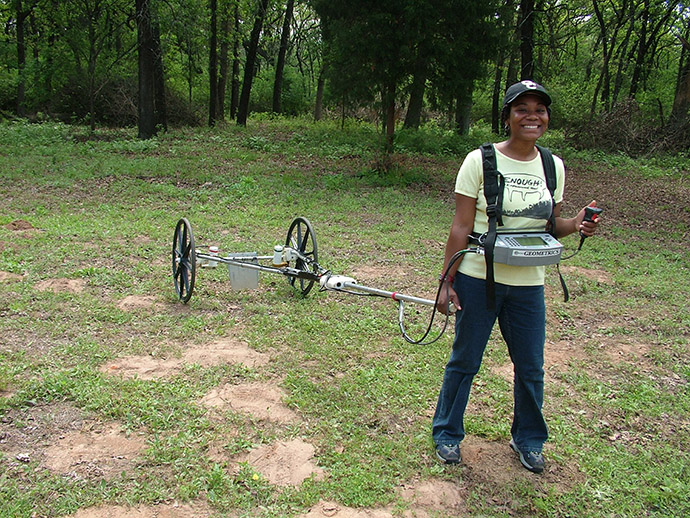 Historically, Texas has had a complicated history with African American relations. During this current time of heightened cultural awareness, it’s important to acknowledge the challenges of the past while also shedding light on undertold stories of progress and hope.

This week’s celebration of Juneteenth offers a prime opportunity to celebrate the enormous legacy African Americans have contributed to the Lone Star State. Meanwhile, we can learn about chapters in Texas’ past that don’t receive the national attention they deserve. The following articles highlight a few of the many people and places that add to our state’s multicultural heritage. 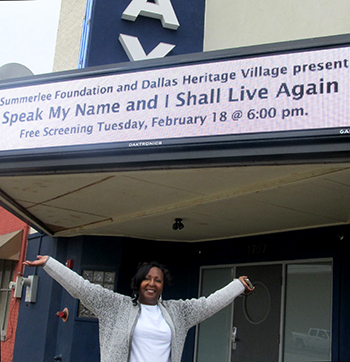 Sharon Styles’ journey of genealogical discovery spanned 10 years, thousands of miles, and a family history that reaches deep into our nation’s past. She learned that many of her family members were resting in Bull Hill Cemetery near Marlin. A THC cemetery dedication ceremony inspired Styles to produce a documentary, “Speak My Name and I Shall Live Again.” Learn about the story of bringing her movie to life.

She Persisted in Securing Equal Pay for Teachers

A recent Women’s History Month theme was “Nevertheless she persisted.” Galveston’s Jessie McGuire Dent truly embodied this mantra during her lifetime. After a failed marriage in 1938 followed by the death of her 11-year-old son in 1940, Dent did not give up on her passion for social justice. More than 75 years ago, she decided to take a stand for equality. 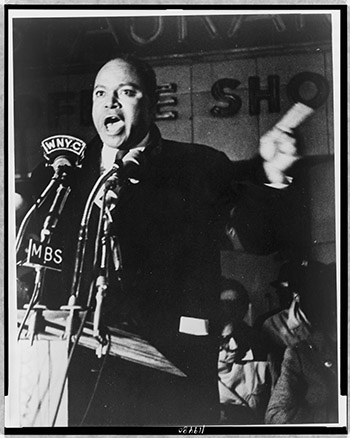 The THC dedicated a historical marker for James L. Farmer, Jr. in his hometown of Marshall as part of the Undertold Marker Program. The marker was placed at the Paramount Theatre, a formerly segregated movie theater that made an impression on Farmer at a young age and influenced his commitment to seeking racial equality.

Former U.S. Army veterans of the last all-African American cavalry division were invited back to Fort Clark near Del Rio and treated to several days of celebration of their military service. The event was called “The Last Tattoo of the Buffalo Solider” due to the age of the veterans—the reunion was conceived as likely the last time the elderly veterans would be able to assemble for a military-themed ceremony (i.e., a tattoo) honoring their service.

The Curious Case of Camptown Cemetery 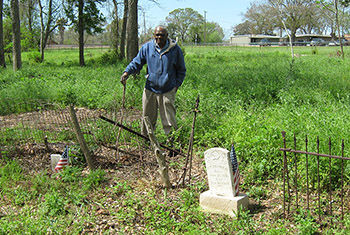 The stories of African American communities in Texas are often found in cemeteries, which are more than just final resting places. But how can something so important disappear? For Brenham’s Camptown Cemetery, the grounds were hidden from the public eye, much like the site initially hid runaway slaves during the antebellum period.

Many significant African American historic sites are located in or around Texas’ larger cities, providing easy access for many people. But the history of African Americans in Texas impacted the entire state, and there’s an important and interesting site near practically everyone. Learn about the wide range of information and statewide resources.

Houston’s Emancipation Avenue Main Street officially entered the Texas Main Street Program last year. The First Lady’s Tour took place at the neighborhood’s Emancipation Park, which dates to 1872. At the welcoming event, African American neighbors spoke about their grandparents moving to the Third Ward with a hope in their heart. Since then, they’ve experienced resilience, beauty, culture, and tenacity. 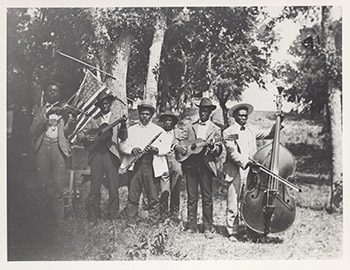 Until recently, there wasn’t a marker honoring Juneteenth in Galveston, the site where Texas slaves first learned of their emancipation following the Civil War. Galveston-area historian Sam Collins provided an eloquent synopsis of what Juneteenth meant to the people of Galveston and around the world. Then, he surprised everyone and said he had raised the money to pay for it.