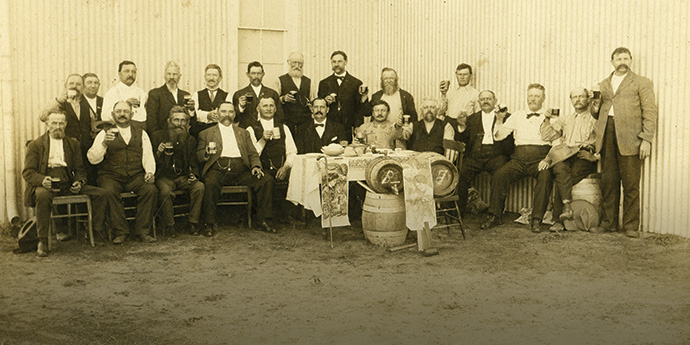 This article originally appeared in the Fall 2013 issue of The Medallion.

Article and photos by Andy Rhodes, The Medallion Managing Editor

In the mid-1800s, Germans arriving in Texas were only a few decades removed from the first Oktoberfest in Bavaria. On October 12, 1810, the citizens of Munich were invited to the royal wedding of Crown Prince Ludwig and Princess Therese, spawning an annual event celebrating German culture with food, music, and naturally, beer.

In Texas, many German immigrants gravitated to an area roughly between Austin, Houston, and San Antonio, where they continued the customs of their homeland. The region’s fertile prairies and natural springs were reminiscent of the German countryside, where families had spent centuries perfecting the craft of brewing lagers, often based with water from limestone-tinged artesian springs. These practices were easily adapted in southeastern Texas, allowing brewers to use time-honored family recipes and methods to create traditional beers in their new communities.

When the timing is appropriate, the following destinations will provide heritage travelers a taste of Old World German culture in modern-day Texas. 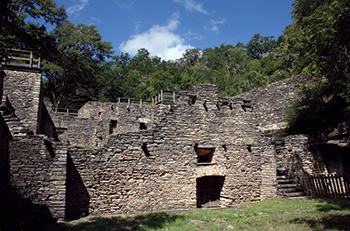 About 100 miles northeast of San Antonio lay the ruins of the once-prosperous Kreische Brewery, just outside the Main Street community of La Grange. Now part of the THC’s Kreische Brewery State Historic Site, the ruins tell the story of German stonemason and brewmaster Heinrich Kreische, who purchased 172 acres on a scenic bluff overlooking the Colorado River in 1849. Six years later, he was awarded the design and masonry work for the Fayette County Courthouse, giving him the financial means to expand his impressive home and ultimately construct the brewery.

The gravity-based water filtration system started with a natural spring source and moved downhill through a series of specially engineered stone-based filtration systems toward the brewhouse. There, Kreische oversaw the brewing process by enforcing German purity laws—the only permissible ingredients were water, barley, and hops—and ensuring the lager, known as Kreische’s Bluff Beer, was developed with extreme attention to detail.

When a new batch of lager was ready, Kreische would raise a flag high on the bluff with the German phrase Frisch Auf! (meaning Freshen Up!) to proudly advertise its availability. 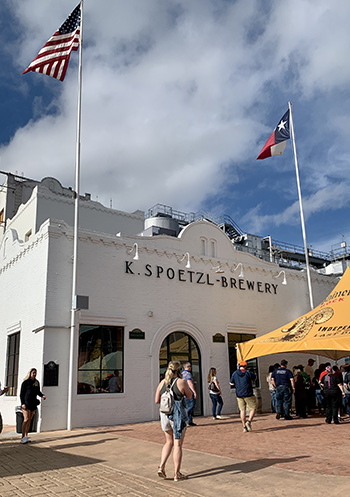 When discussing historic Texas breweries, most people immediately mention “the little brewery in Shiner.” And for good reason—the Spoetzl Brewery is known across the state and nation for its venerable beer, which can be traced to founder Kosmos Spoetzl’s centuries-old family recipes.

“Kosmos was quite a character—it’s said his hat was always tilted off to one side because he kept his secret recipes under there,” says the brewery’s Anne Raabe. “We’re still using the same recipes he brought to the brewery nearly 100 years ago.”

After Kosmos died in 1950, his daughter Cecile was named company president. She was the only female brewery owner in the nation, according to the Handbook of Texas. Cecile was known throughout the region for her entrepreneurial efforts, including the use of polka bands, parades, and local radio stations to promote the brewery. 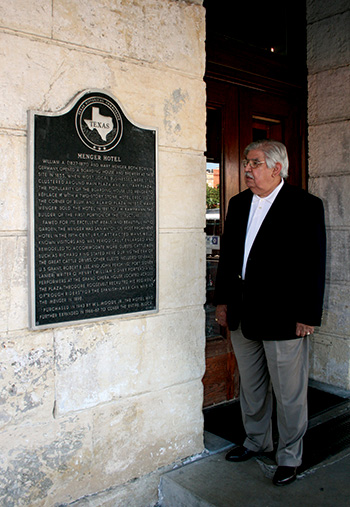 According to the Handbook of Texas, one-third of San Antonio’s population was of German descent by 1880. Not surprisingly, demand for beer was sky-high.

In 1855, William Menger opened the Western Brewery on Alamo Square; historians now consider it to be Texas’ first commercial brewery. By 1878, it was the state’s largest brewing operation. Menger Hotel spokesman Ernesto Malacara reports that the beer was so potent, some people sometimes couldn’t find their horses, so they’d just stay at the tavern and sleep on a bench. That ultimately gave Menger the idea to build a hotel at the site.

Menger’s brewery and tavern became an important gathering place to discuss politics and business transactions. Many of San Antonio’s early land and cattle deals were reportedly settled at the site over a beer and a handshake.

About a mile north of the Menger, a different historic brewery has found new life as a successful adaptive reuse project. The Pearl Brewing Company opened as the San Antonio Brewing Association in 1883, and began producing a recipe from Bremen, Germany that came to be known as Pearl beer. Pearl was the state’s largest brewery by 1916, with a capacity of 110,000 barrels per year. It was the only brewery in San Antonio to survive Prohibition, primarily due to the determination of Emma Koehler, widow of the company’s former president.

Less than a mile away on the same stretch of the San Antonio River, another brewing behemoth presided over the landscape. The Lone Star Brewery complex dates to 1895, when the castle-like structure—now housing the San Antonio Museum of Art—was constructed with the assistance of James Wahrenberger, a German-trained architect. By 1900, the brewery had become the state’s largest, helping earn San Antonio the title “the Milwaukee of Texas.”