Can You Guess the 3rd Historic Site Acquired by Texas?

Many of us could probably guess that the first two historic sites acquired by the State of Texas were the Alamo and San Jacinto Battleground. The state acquired each of these signature Texas Revolution sites during the 1880s. But it would be more than 25 years before the state acquired its third (and fourth) historic sites. The parlor game of guessing which sites these were would likely yield a variety of suggestions, so let’s just put them out there.

In 1913, the State of Texas acquired and appropriated funds for the improvement of Fannin State Park (improvements and the site’s opening occurred the next year), known today as Fannin Battleground State Historic Site. The site commemorates the Battle of Coleto Creek where Col. James W. Fannin and his men were captured by Mexican troops during a retreat toward Victoria. 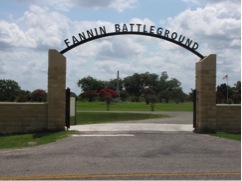 Gonzales State Park was also acquired that year, and also received appropriations support for development. It’s exciting to note that the vision of the Texas Legislature in the 1910s reflected the unique importance of Fannin Battleground, enough to make it one of the first four state park properties ever acquired by the State. 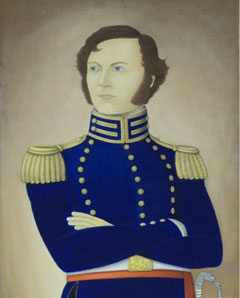 Today, many factors result in Fannin Battleground getting lost in the busy shuffle of heritage travel and tourism, school field trip planning, and the broader commemoration of the Texas Revolution story. Undoubtedly, perceptions of Col. Fannin as an inept commander play a role in the battleground getting a short shrift when compared to other military sites related to Texas independence. And certainly the battleground lives in the shadow of the Presidio La Bahia in Goliad, which provides such dramatic (and tragic) bookends to the story of Fannin and his men. But it is worth reflecting that the Goliad campaign, including the battle at Coleto Creek and the surrender of Col. Fannin and his men, saw the deaths of more Texas soldiers than all other independence battles combined. The battle cry at San Jacinto included two revenge-tinged references: “Remember the Alamo! Remember Goliad!” Fannin Battleground is a key chapter of the Goliad story, and it is one that the Texas Historical Commission is working to improve. The haunting stories of the tragedy that befell Fannin and his men are not completely understood without a visit to the site where they made their last stand.

In 2013, after a year of being closed for renovations to the historic 1928 bandstand building, the installation of a new interpretive exhibit, and the construction of a modern restroom facility, Fannin Battleground has quietly marked its state acquisition centennial.

In 2014, the site will celebrate its operational centennial—the 100th anniversary of being open to the public as a state property. It will be more than a decade before any other state park or historic site reaches that milestone (the grounds that comprised Gonzales State Park are now locally managed and are in the city blocks near the memorial museum in that town). With improvements in interpretation, additional archeological research (confirming the memorial area near the gin screw as the site of Fannin’s last stand), and a growing interest in the independence story among Texans and out-of-state heritage travelers, some aspects of Fannin Battleground feel new and exciting. And of course, as is befitting a historic site, many things remain the same—proclaiming the site’s memorial history. 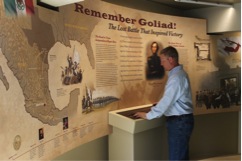 In the 1930s, an open-sided pavilion was constructed as part of planning for the Texas Centennial—over the decades it has hosted many local events and celebrations. The obelisk in the center of the site was commissioned and staged in 1914, and has stood sentry welcoming visitors all this time (but for a few topples during hurricanes that buffeted the region). The gin screw that replaced the original ceremonial marker—a pile of rocks staged by a Goliad survivor in the 1890s—has marked the location where Fannin put up his final defense for more than 100 years. And while it can seem off the beaten path, in fact, Fannin Battleground is a decidedly convenient stop for any heritage traveler or proud Texan heading to Presidio La Bahia on US 59 South or heading toward central or southeast Texas from the Corpus Christi area. 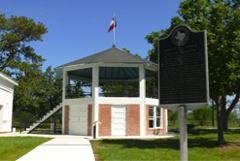 Since reopening last summer, visitors from all over the state and beyond have left comments about how much they like the improvements and appreciate the reverence of the historic site. If you are driving through Goliad County during the site’s centennial year in 2014, consider dropping in and seeing the improvements at this important battleground memorial.

Fannin Battleground is located in southeast Texas, approximately 90 miles north of Corpus Christi and 100 miles southeast of San Antonio. The site is part of the Texas Independence Trail Region.

Is the battleground still damaged from Hurricane Harvey?

The site sustained some damage from Hurricane Harvey, mostly in the form of many downed limbs and trees. We were able to get it cleaned up within a couple weeks.