Celebrating Freedom For All: The 150th Anniversary of Juneteenth

The 150th Anniversary of Juneteenth is next month, and communities across Texas are celebrating this milestone. For the last year, Sam Collins, III, chair of the State Board of Review, has worked with communities in and around Galveston County to commemorate the upcoming anniversary of Juneteenth. Madeline Clites, program specialist for the THC's County Historical Commission Outreach Program, interviewed Collins to learn more about Juneteenth, the festivities in Galveston, and how other organizations might celebrate this important day. 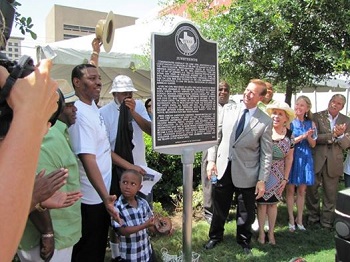 Clites: Why do we celebrate Juneteenth in Texas?

Collins: Galveston was the last major port west of New Orleans to let enslaved people know they were free. Officially, the enslaved people were not freed until the passing of the 13th Amendment in December 1865. There were many celebrations known as Emancipation Day in other states prior to June 19, 1865. Those places celebrated freedom, while Texas still had enslaved people. Juneteenth marks the day when the last enslaved people were freed in this country. It’s the day slavery finally ended everywhere in the U.S.

Clites: What is Galveston planning for the 150th celebration of Juneteenth?

Collins: Galveston always has at least two weeks of activities leading up to June 19th. The special 150th anniversary celebration actually started last June with the Juneteenth historical marker dedication program on June 21, 2014. The City of Galveston has held events throughout the past year that commemorate the anniversary. Several other cities in Galveston County have events planned as well. Most organizations have tried to schedule events prior to June 19th so that as many people as possible can be on Galveston Island on Juneteenth. 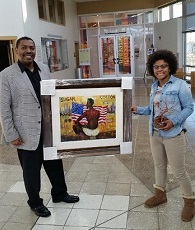 Clites: Who is the audience for these events?

Collins: The audience is anyone who values freedom. Juneteenth celebrates the evolution of our country to a more perfect union. Juneteenth is a day in which the promise of freedom was expanded to include many of the people who helped build the wealth of our country and create the image of America as “home of the brave and land of the free.” America was not perfect on July 4, 1776, or June 19, 1865, or even today, but hopefully we are all striving to make our country a more perfect union. I encourage all to participate in Juneteenth because it is a celebration of freedom for everyone.

Clites: Why is it important to you that we keep recognizing Juneteenth each year?

Collins: We must never forget what Juneteenth meant to the former enslaved people. We must also study history and learn from the mistakes of the past. Enslaving people did not start in America, and slavery is not unique to America, nor has it ended worldwide. Some people still suffer today in various forms of bondage; Juneteenth is a celebration that may give those people hope that they too may one day be free. 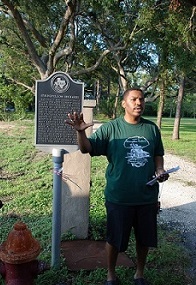 Clites: What advice would you give to a County Historical Commission (CHC) or history-related organization about planning a program to educate the public on the history of Juneteenth?

Collins: Throughout the state, most of the Juneteenth celebrations are seen as African American celebrations. I would encourage communities to broaden their net and be more inclusive in planning. Encourage everyone in the community to celebrate. Even in Galveston, there are still people who feel like Juneteenth is not their holiday. We are working on improving inclusiveness, increasing empathy, and helping people see their relationship to this part of our history. We are all one race—the human race.

Clites: What online resources would you recommend to organizations wanting to commemorate Juneteenth?

Thank you for sharing your thoughts with us, Sam! Always up for speaking to people and organizations about Juneteenth and African American history, Collins can be reached via email at mrslc3@hotmail.com.

Sam Collins, III is chair of Texas’ State Board of Review for the National Register of Historic Places. Mr. Collins was named The Galveston County Daily News’ Citizen of the Year in 2015.

Great article and walk down memory lane. The Jacksons were in the house last year. We are excited to see the festivities taking shape. Michael and I will be in support of this year's celebrations. Great work! Thank you Sam Collins for your leadership.

Great Article! Thank you for educating us on where we came from to see where we are going! Your pen is full of ink, continue to allow the Author to use you!!

Edinburg, TX will be holding its 23rd Juneteenth observance at the Restlawn Cemetery on Sat. June 13, 2015 at 9:30 in the morning. A reception will follow at our city library at 11. The historical marker at Restlawn which was a segregated cemetery was dedicated in 2008.