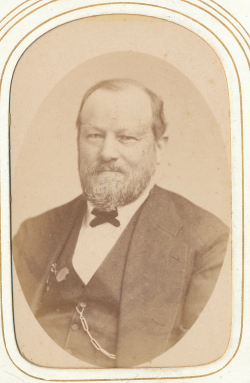 Since the mid-1800s, cotton has been a major cornerstone in the southern economy. By the 1860s, southern plantations produced two-thirds of the world’s cotton supply. Crucial to the industry were the cotton brokers, or factors as they were often called. They provided a link between the plantations and the textile mills located in the North and overseas. New Orleans, being a major shipping port, is where George and Emory Clapp founded their cotton factor business, Clapp Brothers and Company.

The Clapp's business consisted of two parts. The first was to supply the plantations with all the supplies they needed to operate, such as tools, farm supplies, and foodstuffs. Since most plantations relied on income from crops later in the season to pay their bills, the Clapps would extend credit accounts or loans to keep the plantation running until harvest time. The second part of the business was to sell the bales of cotton shipped to them in New Orleans. The Clapps were responsible for shipping, warehousing, insuring, and grading the bales. The bales would then be sold to larger cotton merchants or mills. The Clapps would charge commissions and fees on transactions going to and coming from the plantation. 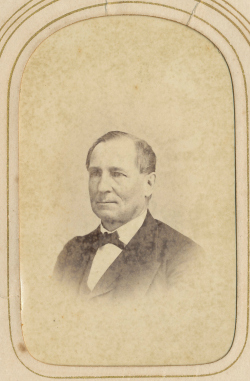 The Clapps and Starrs had a long history of business and personal relations. The families were linked by the marriage of Pamela Starr Raguet, Frank’s older sister, to Emory Clapp in 1865 and the 1868marriage of James Franklin Starr to Clara Fry Clapp, stepdaughter of George Clapp. The Clapps also shipped goods to the Starrs in Marshall, such as blankets, food, and even baby toys, to help them establish their new home.

While the Starrs had no plantations, they were still linked to the Clapps by cotton itself. Cotton was a key aspect in the Starrs’ advertisements for Texas land. A map printed by the Starrs to publicize available land stated that Texas was “the only land in the United States where wheat and cotton can be grown successfully in the same field.” Today, cotton is still important to the Texas economy, as the Lone Star State is the largest producer in the U.S.