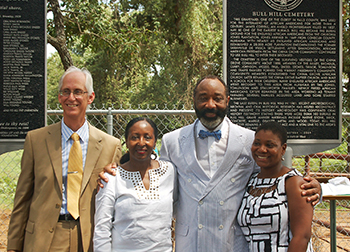 By Sharon Styles, Executive Producer of “Speak My Name and I Shall Live Again”

Where are they buried? That seemingly simple question placed me on a journey of discovery that spanned 10 years, thousands of miles, and a family history that reaches deep into our nation’s past.

Off and on over the years, I recorded parts of my genealogy, interviewed elders, and collected photos. But, in 2007 I decided to really get serious with my research.

My cousin, Billie Washington, was a seasoned researcher with lots of information on our Texas ancestors. During one of our many conversations, Washington asked, “Where are they buried?”

I had never given it any thought. I spent several years in Texas and continued to visit after moving back to California, but her question made me realize I had no idea where our ancestors were buried. It was time to find out. 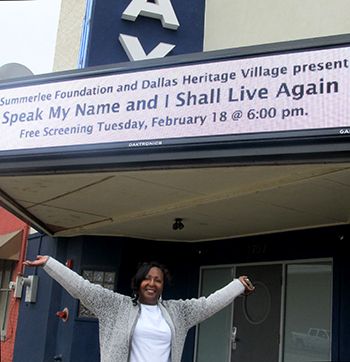 After calling relatives in Texas, I learned many of our family members were resting in Bull Hill Cemetery near Marlin, about 30 miles southeast of Waco. It just so happened the Texas Historical Commission (THC) was in the early stages of investigating Bull Hill Cemetery and the surrounding African American community.

That was the beginning of my collaboration with Dr. Nedra Lee, Dr. Jim Bruseth, and John Crain, president of the Summerlee Foundation. (All three have THC connections—Lee was a Preservation Scholar in 2007, and Bruseth and Crain are current THC commissioners). The four of us worked together to uncover the history and mystery surrounding Bull Hill Cemetery, a long-forgotten graveyard in Falls County. Our work culminated with a dedication ceremony in 2010 to remember and honor those buried in Bull Hill Cemetery, now designated by the THC’s Historic Texas Cemetery program.

Many attendees at the dedication ceremony were descendants from the enslaved African Americans and the slave-owning families who came to the area in the mid-1800s. It was virtually impossible for either group to tell their history without including the other, and for several hours both groups shared food and memories of bygone days. 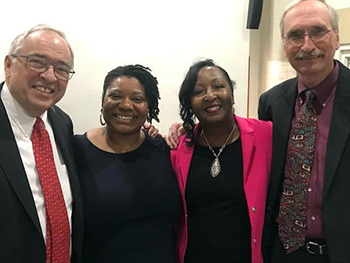 The dedication ceremony inspired me to produce a documentary. I had no experience making a film, but I knew God would show me the way. In December 2018, “Speak My Name and I Shall Live Again” premiered on KVIE in Sacramento. It is currently available to view on its website.

Since then, the film has aired on PBS stations across the country. In 2019, it aired in Dallas, Houston, Lubbock, and Corpus Christi.

Bruseth, Crain, Lee, and I reunited in Dallas on February 18, 2020 for a screening of the documentary, followed by a Q&A session. That was the first time we were all together since the 2010 dedication. It was a wonderfully magical evening that I will never forget.

This amazing journey started with a seemingly simple question. Where are they buried?

To read a Medallion article about the cemetery marker dedication, scroll to page 12 of the archived copy on the THC’s website.