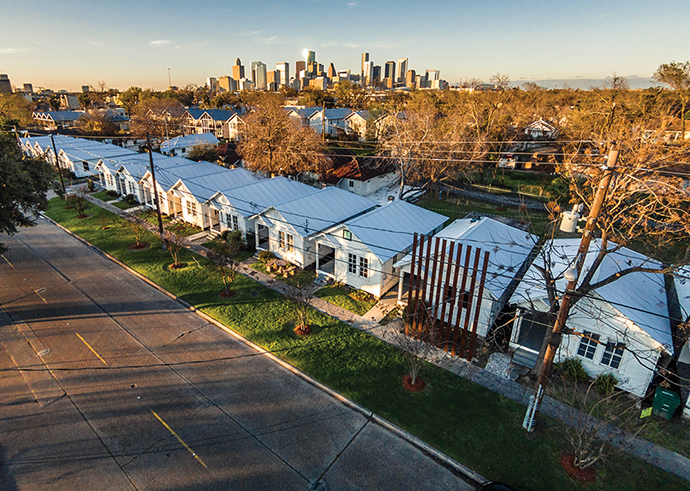 After encouraging attendees to support surrounding Third Ward entrepreneurs and businesses, she noted she was literally backing the community by wearing a dress from area store Melodrama Boutique, glasses from local shop Smith’s Opticians, and accessories from Market Square. 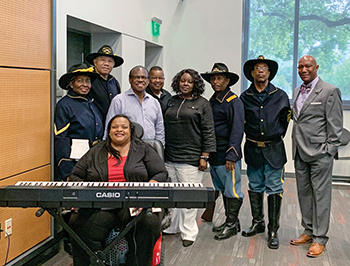 “We all know that small businesses and entrepreneurship are key to revitalization,” Richards said. “My grandparents moved here in the 1950s with a hope in their heart. The Third Ward is a story of resilience, beauty, culture, and tenacity.”

She added, “Fifty years from now, we hope you’ll look back and say ‘You know what? We took a chance on an urban community, and now they’re the poster child for how to revitalize and preserve their neighborhood.’”

Emancipation Avenue Main Street (EAMS) officially entered the Texas Main Street Program (TMSP) this year with the communities of Granger and Mesquite. The First Lady’s Tour took place at the neighborhood’s Emancipation Park, which dates back to 1872.

“Today is historic for many reasons,” First Lady Cecilia Abbott said at the event. “This park and this area remain important gathering places for African American residents. The triumphs and tragedies and the lessons of the past are the legacy for generations to come, and that is why Emancipation Avenue is so important. It is part of the story of Texas.”

During its mid-1900s heyday, the neighborhood boasted more than 2,300 unique businesses and residences along 17 city blocks, according to extensive research by former THC Preservation Scholar Calvin Blair. Today, the area is slowly recovering from population loss and neglected or demolished properties. State and local officials anticipate EAMS and EEDC will facilitate and expedite this process.

When Houston was first incorporated in 1837, it was divided into four quadrants or wards, with the southeast quadrant named Third Ward. In 1872, several influential African Americans, led by Rev. Jack Yates, raised $800 to purchase four acres of land in the ward. 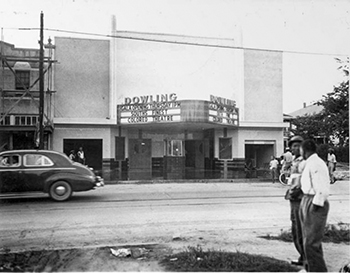 This land would become Emancipation Park, marking the cultural home of African Americans in Houston. It has traditionally been the site of Juneteenth events, parades, concerts, and community meetings. The city was reportedly dismissive of this development, and renamed the neighborhood’s main thoroughfare to Dowling Street after Confederate hero Richard Dowling.

After World War I, Houston’s African American community increased dramatically, with a population jump from 22,929 to 66,357 in just 20 years. As a result, businesses sprouted up and down Dowling Street, and community landmarks such as Yates High School, Covington House, and Wesley Chapel opened.

By the late 1950s and early 1960s, Dowling Street became the center of the Houston blues scene, with clubs like the Eldorado Ballroom—known as the “Home of the Happy Feet”—hosting legendary musicians Ray Charles and B.B. King along with Houston natives Illinois Jacquet and Arnett Cobb. Dowling Street was a vibrant scene with hip nightclubs and venues drawing patrons from as far away as Galveston and East Texas for a night on the town. According to Blair, it was a place where they could enjoy a night of entertainment and walk out the front door with their heads held high.

Integration allowed wealthy and middle-class African Americans to purchase property in areas of Houston that were previously inaccessible. By the beginning of the 1970s, the Emancipation Avenue neighborhood was in decline, with businesses failing and population dramatically decreasing. Today, the rate of structural teardowns is reportedly one of the highest in the nation due to adjacent areas like Midtown and the Medical District being among Houston’s most desirable markets. 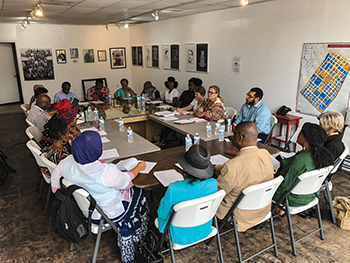 In 2013, over $33 million was raised to renovate and update Emancipation Park’s facilities, including a pool and community center. At a 2017 Juneteenth celebration and reopening event, it was announced that Dowling Street would officially be renamed Emancipation Avenue.

Added Richards, “We’re excited and poised for this opportunity to strengthen and deepen our community’s collective efforts to revitalize, preserve, and protect the historic Third Ward. Having Mrs. Abbott here shows us that we must find ways to work together for the things we all believe in.”

Thank you for partnering with this hard-working, outstanding group!

We look forward to your long investment as they continue to restore their history, build their future, and leave a legacy showcasing what can happen when others invest in their dreams!