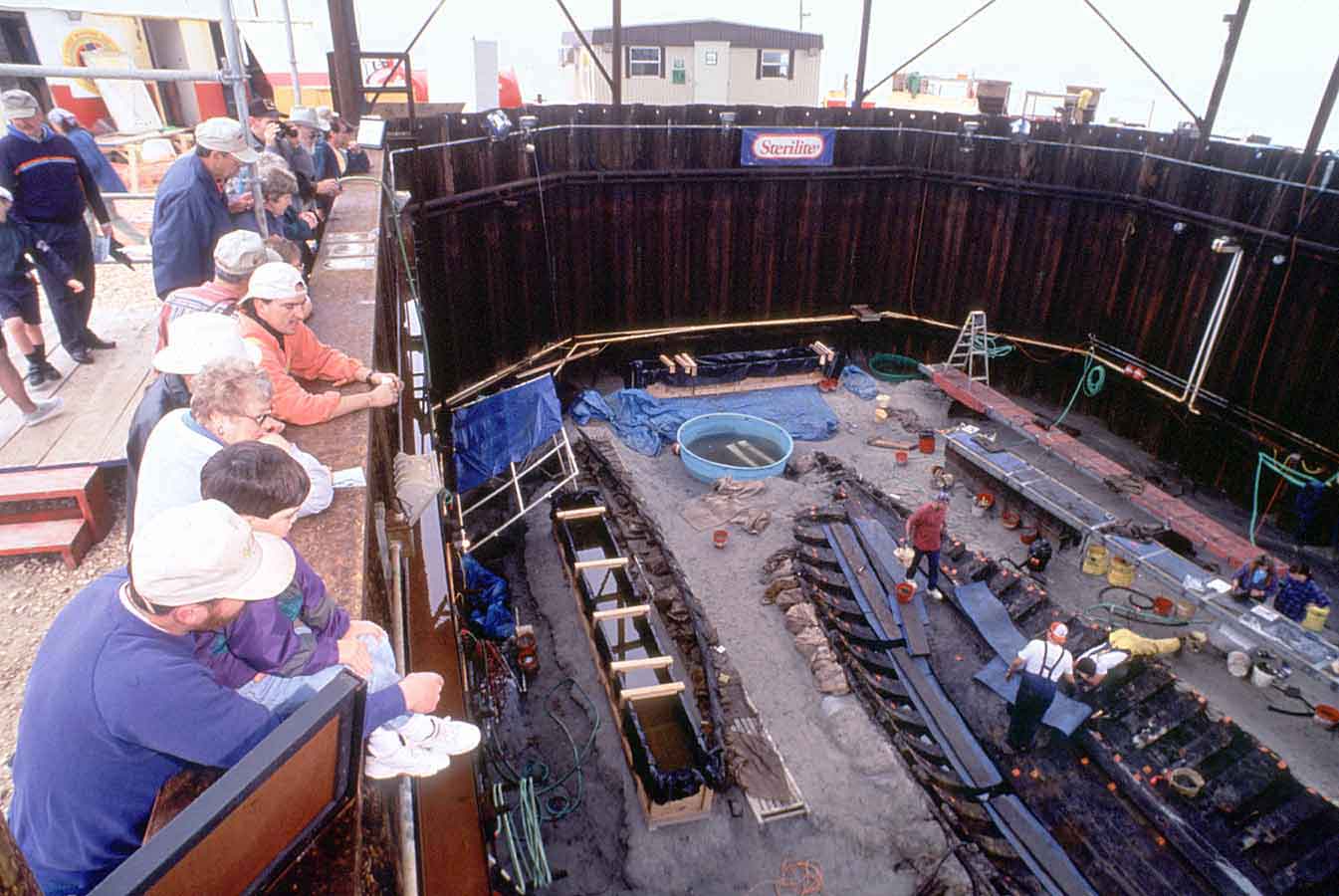 It was impossible to see in the murky water of Matagorda Bay. Divers searched for clues, hoping something would lead to the 1686 French shipwreck La Belle, long associated with the area. But on that overcast afternoon in 1995, the cloudy bay water obscured a visual confirmation by the Texas Historical Commission’s (THC) marine archeologists.

Instead, the divers had to rely on their sense of touch. One of them reached into the bay sediment and felt an ornate curved object, suspected to be a dolphin-shaped handle, common to historic cannons of the time. If there was a similar one adjacent to it, the centuries-old mystery might be solved.

As soon as he discovered the other handle, triumphant cries emerged from the crew. The cannon was raised and later confirmed as La Belle’s, setting into motion a series of events that would make this region of the Texas Gulf Coast the epicenter of maritime history for years to come.

René-Robert Cavelier, Sieur de La Salle's epic journey—including the Belle shipwreck and his ill-fated Fort St. Louis Colony—is the focal point of the THC’s La Salle Odyssey, a series of exhibits in seven Coastal Bend museums. Each museum tells a different element of the story, allowing heritage travelers to immerse themselves in this fascinating aspect of 17th-century Texas history. 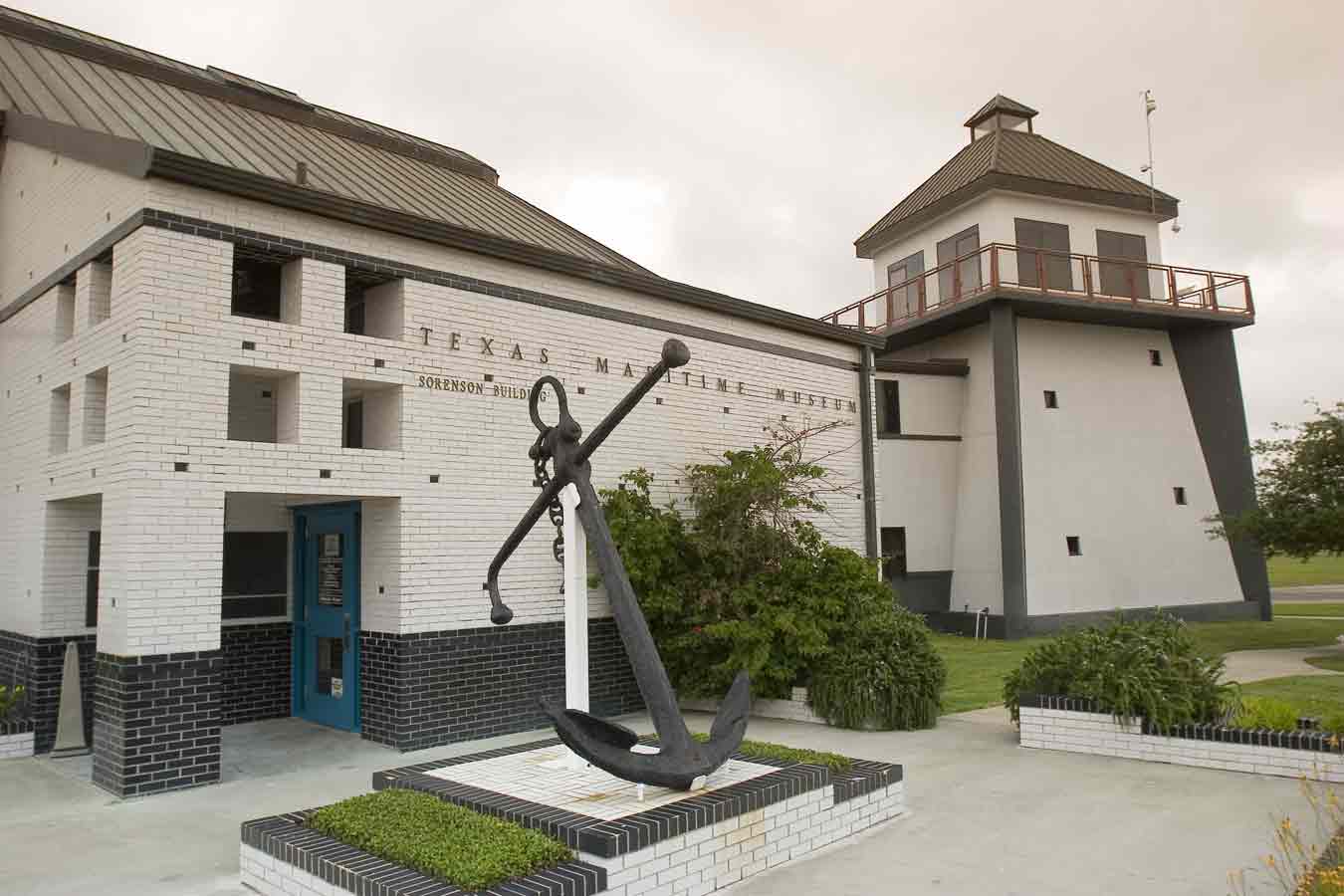 The Texas Maritime Museum joined the La Salle Odyssey project in the early 2000s with a focus on daily life aboard La Belle. Artifacts that draw the most interest are an innovative nocturnal navigation system, personal belongings and medical instruments from the late 1600s, and a large model of the ship.

Visitors experience exhibits dedicated to daily life for the French sailors and the unique approach to sea navigation at the time. Children will enjoy the popular ship wheel and interactive touch screens, along with the museum’s traditional exhibits dedicated to sea-based commerce and life along Texas’ Gulf Coast.

City by the Sea Museum—Palacios 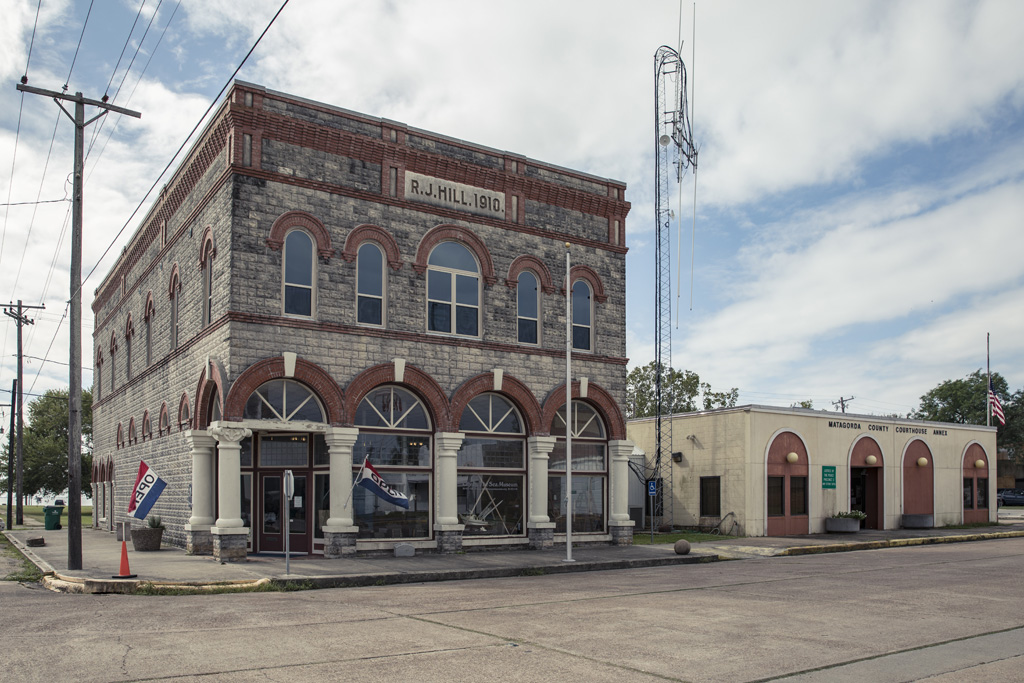 For those interested in geographical proximity to La Salle’s shipwreck and the THC’s subsequent excavation, head to Palacios. Located in a former downtown mercantile store now listed in the National Register of Historic Places, the City by the Sea Museum is within miles of La Belle’s final resting place.

The City by the Sea Museum’s distinctive offering to the Odyssey project is La Petite Belle, a half-scale replica of the original ship. The fully functioning vessel—with square-rigged sails replicating conditions faced by ancient mariners—was built by volunteers and based on historical records of La Salle’s ship. La Petite Belle sets sail occasionally throughout the year for private and public activities, including an annual living history event reenacting La Salle’s nearby landing on the gulf shore.

Another Odyssey museum adjacent to a significant La Salle-related site is Port Lavaca’s Calhoun County Museum located mere miles from the former Fort St. Louis site. The colony started in 1685 with nearly 150 inhabitants, but dwindled to about 40 by 1687, when LaSalle departed with 17 men in search of French forts in the Great Lakes region.

One of the museum’s most popular artifacts is an object used aboard ships like La Belle to detect the foundation of the sea floor. A museum display demonstrates how sailors used buffalo tallow to determine if they were over rocks or sand to select anchoring locations. 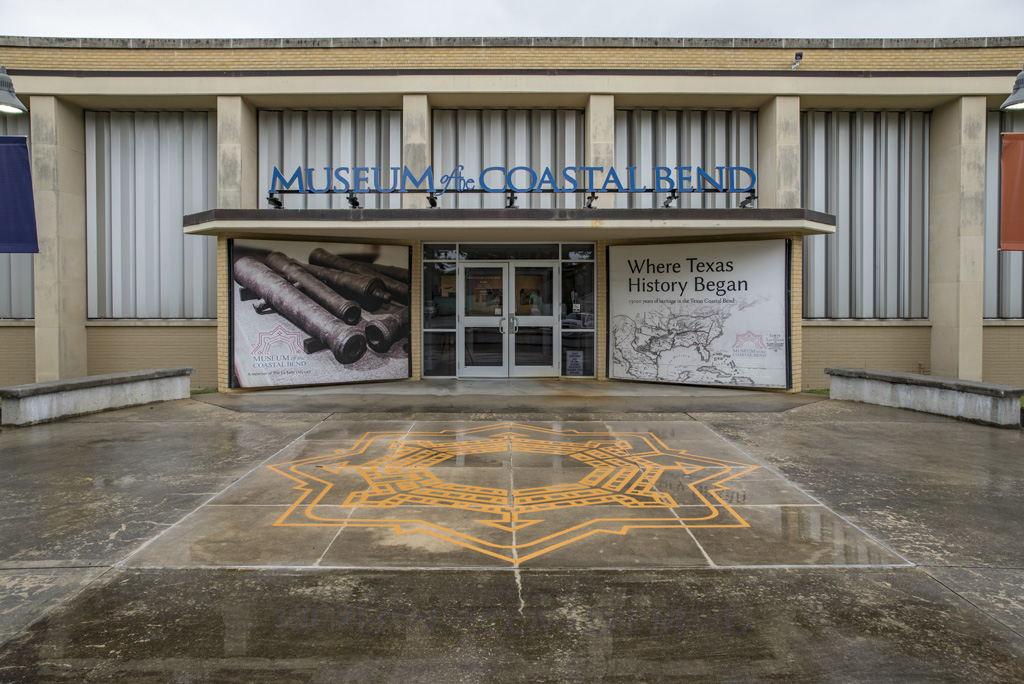 Museum of the Coastal Bend—Victoria

For those interested in delving deeper into the story of Fort St. Louis, head  to Victoria’s Museum of the Coastal Bend. This welcoming facility immediately greets visitors with its most-impressive artifacts: seven cannons discovered by the THC at the original fort site.

The cannons were originally used at the fort to defend the small colony, which maintained a presence for several years before falling to the Karankawas in 1689. The museum features exhibits and photos related to the fort and its excavation, along with engaging temporary exhibits.

At Edna’s Texana Museum, several modest displays focus on the Karankawa tribe. A permanent exhibit chronicles the life of the tribe along the Gulf Coast and tells the story of the Indigenous Texans' fateful interaction with La Salle and his French colonists.

The Matagorda County Museum in Bay City, located in a stately former post office, showcases the cofferdam excavation and features artifacts discovered at that time, including the original 800-pound bronze cannon lifted from the murky waters of Matagorda Bay. 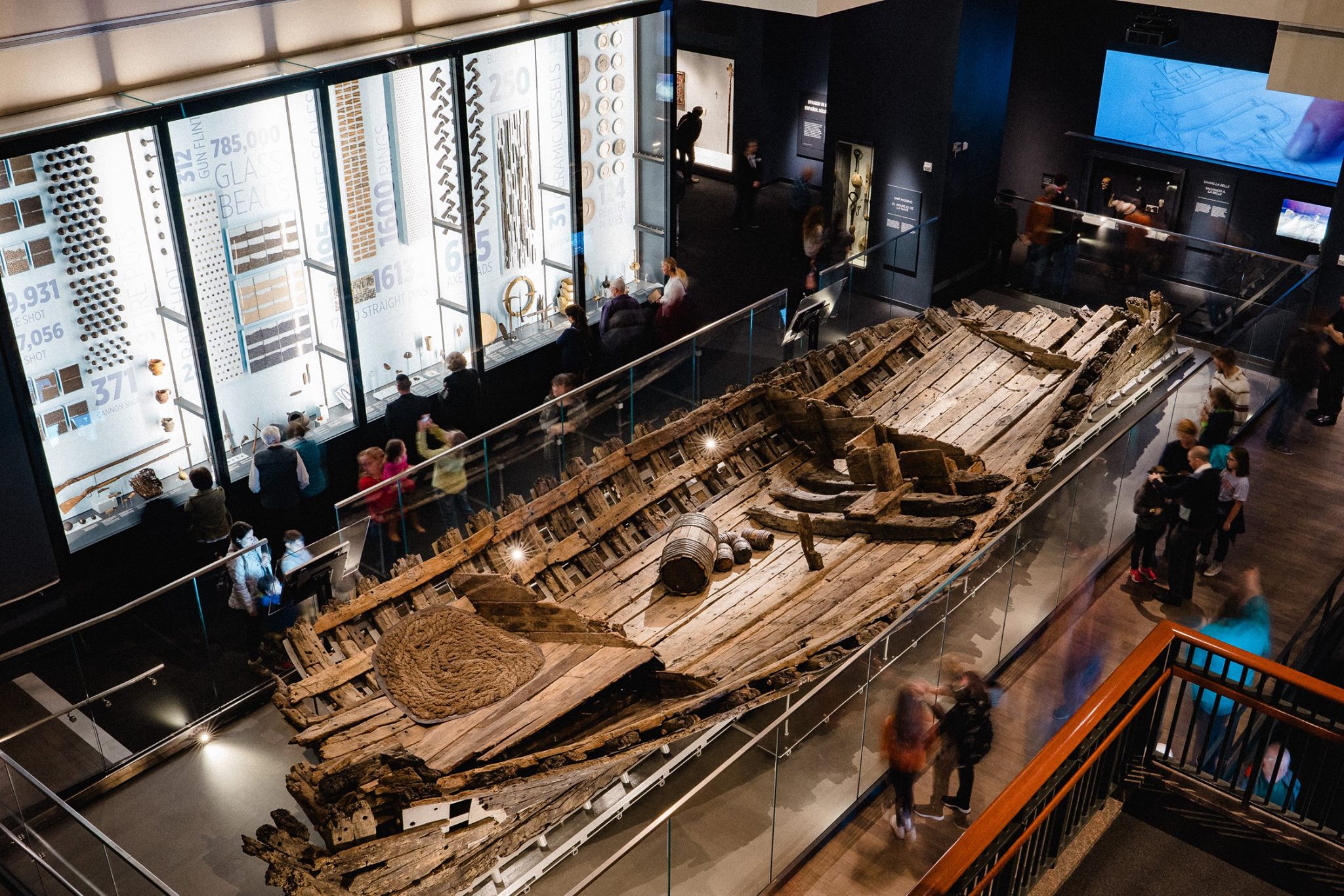 The Corpus Christi Museum of Science and History explores the origins of La Salle’s journey through exhibits about French ship makers and the political climate in the Old and New Worlds. The museum is the official repository of  La Belle’s collection. It has exhibits on the ship’s design and construction, as well as glittering examples of Spanish treasure.

Explore these destinations and others from the  Hill Country and Tropical Trail Regions in our Texas Heritage Travel Guide. Order your free copy today.