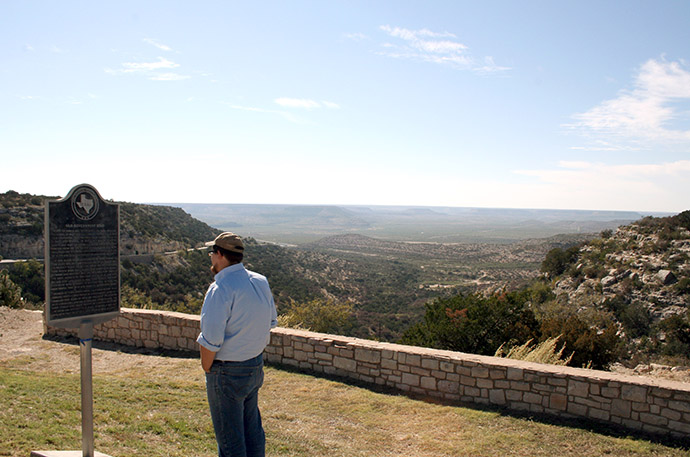 This article originally appeared in the Winter 2013 issue of The Medallion.

Standing on a rocky bluff overlooking the panoramic oak-lined brim of the Edwards Plateau, it's easy to imagine Fort McKavett in 1852. The site has changed little in 160 years, but there's something beyond the physical landscape that conjures nostalgia. It's the sense of serenity and natural purity that evokes a bygone era, when Texas' frontier was undeveloped and westward wagons dotted the landscape's rolling hills.

Fort McKavett, one of the Texas Historical Commission's state historic sites, preserves the real stories of the soldiers, and later townsfolk, who lived and worked in the 19 historic structures that still remain at this pleasantly secluded outpost. The first soldiers to arrive at the post were with the 8th U.S. Infantry, which established Fort McKavett in March 1852 to protect West Texas settlers and serve as a rest stop for California-bound immigrants. At the time, it was called Camp San Saba in reference to the adjacent river, and the first structures were made of locally quarried limestone and hand-cut oak.

Fort McKavett was abandoned in 1859 after a decline in activity; years later, the U.S. Army returned to the fort, which had deteriorated into ruins. The dilapidated structures were rebuilt while the troops lived in tents, and the post was reoccupied in April 1868 as Fort McKavett, named for Capt. Henry McKavett, a casualty during the U.S.-Mexico War. The completed fort had four barracks, 12 officers' quarters, a headquarters building, hospital, bakery, post office, and stables. Many of these structures remain accessible to visitors at the site. 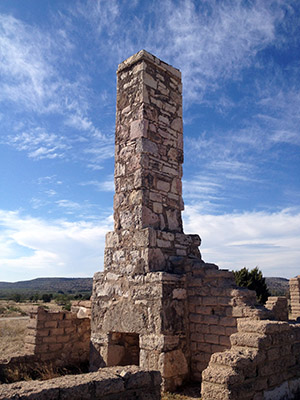 A scenic two-hour drive westward takes visitors to Fort Lancaster, another THC historic site. For heritage travelers discovering this underexplored region of West Texas, the fort offers a different view of frontier Texas in the 1850s.

It is the views, in fact, that bring many travelers to the fort. Although the original adobe structures were claimed by the elements decades ago, the sweeping vistas of the Trans-Pecos region are an undeniable attraction.

Fort Lancaster was one of the most isolated posts in Texas. Soldiers constructed the buildings in the mid-1850s using a combination of limestone blocks and adobe with the exterior surfaces plastered to resemble dressed masonry. While stationed at the fort, soldiers protected mail and freight trains, pursued and tracked Native Americans, and provided life-saving security for travelers. The most memorable visitors, however, were camels.

In 1855, the U.S. Army began a unique experiment using the desert animals for military transportation in the southwest. Two shipments totaling 74 camels were sent to the camp and were successfully tested in the arid western regions. The camels carried extremely heavy loads , traveled long distances without water, and subsisted on desert vegetation.

In December 1867, more than 100 soldiers and officers held off roughly 1,000 Kickapoo Indians with only three casualties. Today, Fort Lancaster  remains the only Texas fort that was attacked by Native Americans. By 1874, the fort was permanently abandoned, and much of the masonry was removed to construct new buildings in the nearby town of Sheffield. 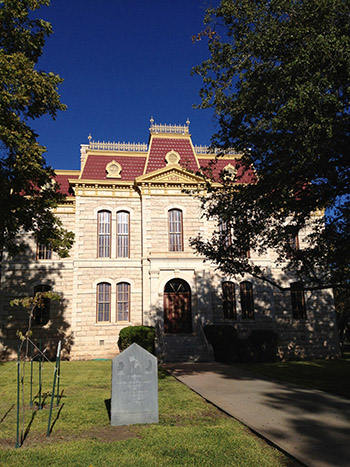 When traveling restrictions are eventually lifted, visitors should consider planning a long weekend to experience the frontier forts, allowing at least an extra day to discover other heritage attractions in the area.

For travelers interested in the region's frontier heritage of centuries past, Menard's Presidio de San Saba is a must-see. Located just 20 miles northeast of Fort McKavett, the presidio, established in 1757, is the largest Spanish Colonial fort in Texas. Less than a year after the fort was built, its nearby mission site was attacked and destroyed by Comanche Indians and their allies.

In nearby Sonora, heritage travelers can experience the region's frontier past on the historic downtown square, anchored by the stately 1891 Sutton County Courthouse, restored through the THC's Texas Historic Courthouse Preservation Program. Boasting a National Register of Historic Places listing and THC historical marker, the modest two-story structure of native stone is considered one of the finest examples of 19th-century architecture on

Just across the street is the welcoming Old Ice House Ranch Museum, showcasing the community's history with an impressive array of pioneer-era artifacts in the 1923 namesake icehouse. Operated by knowledgeable staff from the Sutton County Historical Society, the museum's hallmark exhibit is dedicated to the legacy of Will Carver, a member of Butch Cassidy's famous Wild Bunch gang.

To learn about other heritage destinations in the area, order a free copy of the THC's Texas Pecos Trail Region and Texas Forts Trail Region travel guides at texastimetravel.com.