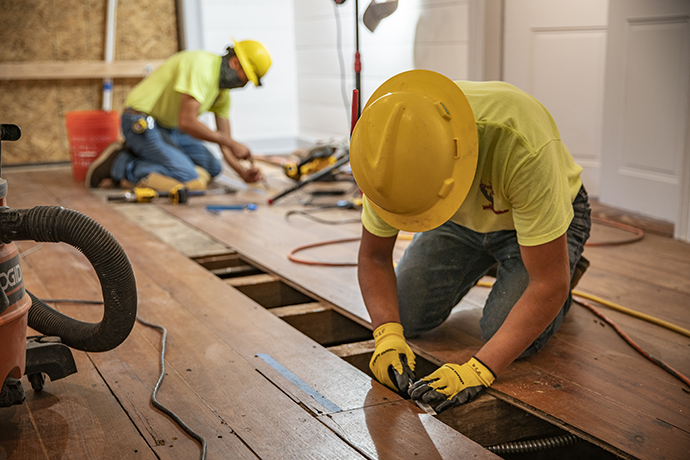 In 2017, Gov. Greg Abbott signed a law officially transferring the French Legation in East Austin to the Texas Historical Commission. Since then, the agency has been meticulously preparing and executing plans to reopen the site to the public.

The THC’s Historic Sites Division has been overseeing a wide range of activity, from preservation work to constructing a new kitchen and café. The site is expected to be open later this year.

Preserving the 1841 Legation building has been the top priority for the project, in keeping with the agency’s mission. Extensive research informed the work, including restoring the original doors and floors, replacing canvas interior wall coverings and light fixtures, reproducing original casement windows, and updating electrical, security, and heating/cooling systems. New site entrances and landscaping will welcome visitors, and new brick walkways will provide enhanced accessibility.

Among the most significant projects is a major renovation of the site’s reconstructed carriage house, built on the property in the 1970s. The expanded building will welcome visitors with exhibits about the history of the site, and offer kitchen equipment for caterers at weddings and special events. Preservation of the French Legation building is scheduled to be completed in June, while the carriage house is expected to be finished within the next four months.

French Legation Site Manager Cynthia Evans is eagerly anticipating the return of visitors and neighbors to the upgraded site once it's officially open to the public. 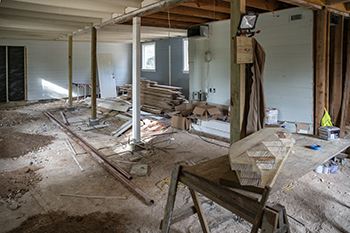 “I’m looking forward to engaging with people about the site's unique history and significance,” she says. “I’m also excited about the new spaces at the site, like the café that will offer a light food menu that can be enjoyed on our new deck or lovely green space. We hope the public will look at the Legation not just as a museum but as a communal gathering space.”

The French Legation began in 1841 as a private home for Alphonse Dubois, the French chargé d’affaires to the Republic of Texas, after France’s monarch officially recognized Texas as a sovereign nation. Dr. Joseph W. Robertson bought the property in 1849, and he, his wife, their 11 children, and nine enslaved workers lived at the site. The State of Texas acquired the property in the 1950s, and it served as a museum until the THC gained custody of the property for much-needed upgrades. 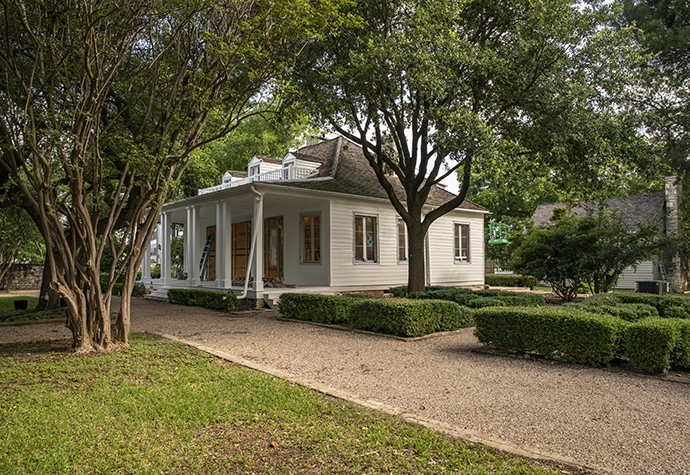 Evans adds that the French Legation is a significant site in Texas’ history for several reasons that are often unknown by the public. As one of the oldest buildings in Austin, it’s in the unique position to represent the city’s origins as well as the politics of the new Republic. The Republic of Texas Congress was held in Austin roughly during the time the home was built, and Alphonse Dubois regularly entertained politicians there, including President Sam Houston.

“A lot of people don’t know that after the Civil War, the area surrounding the Legation became home to a community that included Anglo, African, and Mexican Americans, as well as German, Italian, and Swedish immigrants,” Evans says. “It was a thriving, diverse community that included business, schools, churches, and fraternal societies. Now, more than 160 years later, this area of Austin retains some of the same qualities—it’s still a reflection of local and state history.”