By Samuel Collins III, Former State Board of Review Chair 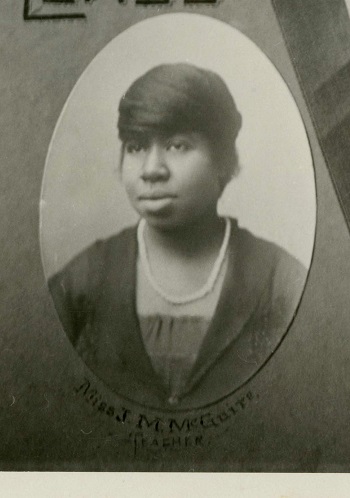 The 2018 Women’s History month theme is “Nevertheless she persisted.” Galveston’s Jessie McGuire Dent truly embodied this mantra during her lifetime.

After a failed marriage in 1938 followed by the death of her 11-year-old son in 1940, Dent did not give up on her passion for social justice. Seventy-five years ago, she decided to take a stand for equality.

But her pursuit for equality started long before the landmark lawsuit. While attending Howard University in Washington, D.C., she helped pioneer the sorority movement for college-educated black women and was one of the 22 founding members of Delta Sigma Theta (DST) sorority. DST is currently the largest African American women’s organization in the world.

Dent (March 24, 1891–March 12, 1948), who graduated from Galveston’s Central High School in 1908, began teaching for her alma mater in 1913 where she was paid $50 per month. By 1943 she was receiving $1,548 annually and had been teaching in Galveston 30 years. She felt it was unconstitutional that black teachers and administrators were being paid 20 percent less than white teachers. 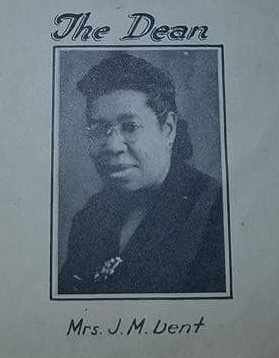 She believed that all teachers had the same requirements for their jobs, and therefore all should be paid the same rate based on years of service and level of education. Her attorney, William J. Durham of Sherman, Texas, sued in federal civil court claiming a violation of the 14th Amendment rights of equal protection under the law.

Finally, on June 15, 1943, the lawsuit was settled in favor of all black teachers and administrators. The positive economic impact of the pay increase—phased in over three years—was felt throughout the community of Galveston.

Texas is filled with real places telling real stories of important people. Jessie McGuire Dent is one of these important Texans. Celebrate her and other historic Texas women this month for Women’s History Month and share their stories throughout the year.

Jessie McGuire Dent, a true trailblazer in the State of TEXAS!

She was truly a Trailblazer for Women's Rights and as you stated earlier securing equal pay for teachers.