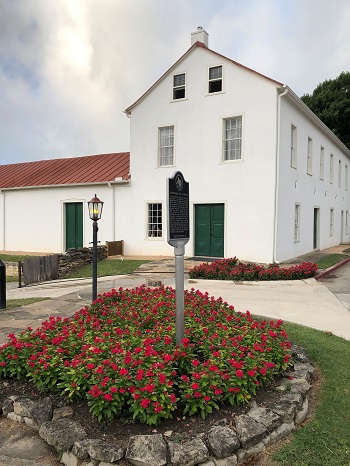 German immigrants initially sought sanctuary in Texas from political and religious persecution. Many settled in the Hill Country, where the climate paralleled their native country. German Texans influenced life in the Lone Star State—they brought classical and opera music, breweries, biergartens, and their language. The German legacy continues to influence modern-day Texas.

Originally a home and dry goods store with a rear-detached kitchen, the Alsatian-style structure was transformed into an inn by John Vance. Vance constructed a second story and a bath house, which was the only man-made bath between San Antonio and Eagle Pass at the time. The inn, called the Vance Hotel, operated until sold to Joseph and Margarethe Courand in 1899.

Opened in 1947, the Blanco Bowling Café operates as a café and nine-pin bowling alley. Nine-pin bowling is a German style of bowling unique to Texas. Like modern day 10-pin bowling, each bowler gets two rolls for each set of pins. However, the pins are not reset after each player—only after the set is completely knocked down. Since there are no automated pin-setting machines for this style of bowling, pin setters send the ball back to the bowler, move knocked pins into the put, and reset the pins. 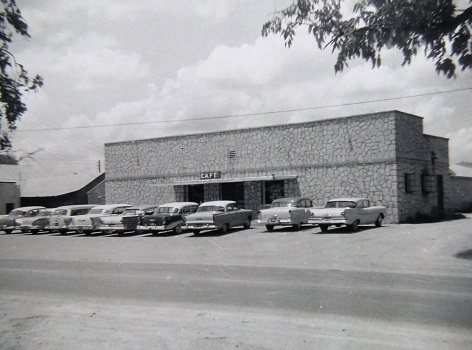 A group of residents transformed the place into a club-owned organization in 1967. Visitors interested in watching the league members bowl can attend at 7 p.m. Monday through Thursday. Customers can reserve lanes Friday and Saturday evenings, but must reserve a lane seven days ahead to allow time for the alley to schedule a pin setter.

The Bowling Club Café also serves breakfast, lunch, and dinner every day except Sunday. The small-town restaurant is acclaimed for its breakfast, especially the cinnamon rolls. For those stopping in at lunch and dinner, order the burger with a hand-made patty and be sure to save room for a slice of pie.

Established in 1852 by Dr. Ferdinand Herff, the Herff Farm houses the Cibolo Nature Center. The center contains 100 acres of trails and wilderness for hikes, outings, and fieldtrips. Every Saturday from 9 a.m. to 1 p.m. (March 7 through December 12), the center hosts a Farmers Market complete with tomatoes, radishes, peaches, and an array of fresh-grown products. Residents can also visit the renovated barn, historic homestead, teaching garden, chicken yard, and Cibolo Creek.

This National Register property was recently named one of Texas’ Most Endangered Historic Places. As a result, the Cibolo Conservation Corridor is collaborating with partners to conserve the creek and watershed. 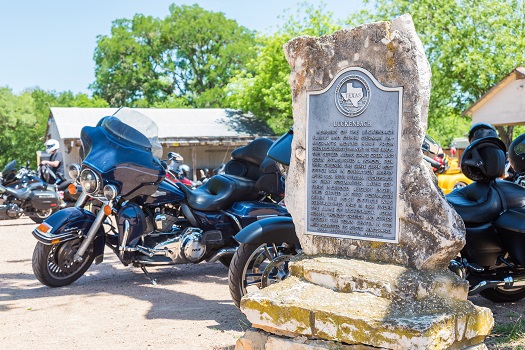 One of the best-known Hill Country dance halls, this legendary German-style dance hall opened in 1887. Since then, it has fostered the town’s musical heritage and hosted legendary Texas musicians from Willie Nelson to Robert Earl Keen. Every weekend, Luckenbach Dance Hall holds dances and concerts featuring country musicians and other Texas artists. The small town also hosts festivals including the Luckenbach Women's Chili Cookoff and the 1st Luckenbach World's Fair.

The Homestead also includes outbuildings along the perimeter of the mansion. The brick-lined natatorium once filled with artesian well water is considered one of the first indoor swimming pools in San Antonio.

The National Register property served as a family residence for the Steves’ descendants until the 1950s. It was then donated to the San Antonio Conservation Society, which transformed the Homestead into a museum. 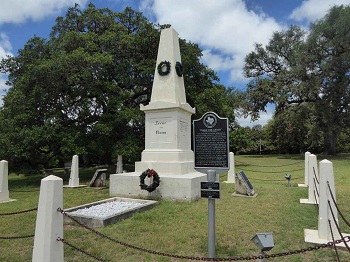 The Treue Der Union Monument memorializes the death of 36 German men and boys in the Nueces Massacre. In 1862, dozens of Germans camped along the banks of the Nueces River hoping to cross the border into Mexico. These men opposed slavery and refused to fight for the Confederacy. Confederate soldiers pursued the deserters, killing 19 Germans and injuring another 15. Nine of the wounded were taken outside the camp and executed. A week later, eight more were executed when caught trying to cross the Rio Grande. Paralyzed with fear, many Germans stayed in the Hill Country. Some managed to escape north or to Mexico. The obelisk is the oldest Civil War memorial in Texas, and the state’s only Union monument. The Treue Der Union Monument is a State Antiquities Landmark and is listed in the National Register.

Villa Finale was the home of preservationist Walter Mathis. Mathis purchased a one-story house in the King William neighborhood after being displaced from his previous home. He spent two years restoring his house before doing the same for 14 other properties in the district. Because of his revitalization efforts, the King William neighborhood, founded primarily by German immigrants, is a now a National Register Historic District.

Mathis was also an artifact collector, and he especially enjoyed collecting memorabilia related to Napoleon Bonaparte. His appreciation of Texas art is showcased in a collection and a wide range of decorative arts such as Bell silver, furniture, and campaign ceramics. His expansive collections fill Villa Finale. Mathis donated his home and artifacts to the National Trust for Historic Preservation, making the home the first National Trust Historic Site in Texas. 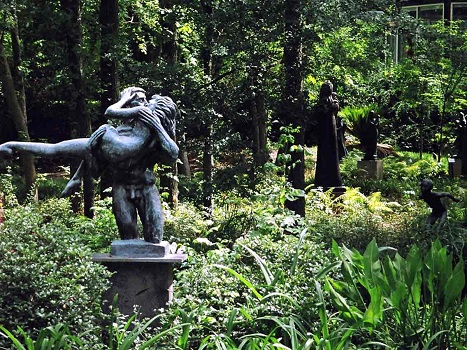 Charles Umlauf, son of French and German immigrants, moved to Texas to join the University of Texas faculty. He purchased a property in the Barton Springs area, which he transformed into a studio and garden. There he sculpted with wood, terra cotta, marble, and bronze.

Umlauf’s style varies from expressionism to neoclassical realism to lyrical abstraction. His work is housed in collections and museums across the United States, including the Smithsonian Institution in Washington, D.C. and the Metropolitan Museum of Art in New York City. There are more Umlauf sculptures in public locations in Texas than works by any other sculptor. Many of them are in the Sculpture Garden.