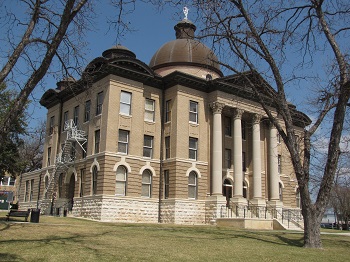 The next time you’re watching a movie at home or on the big screen, keep an eye out for one of the stars of Texas’ architectural scene: a historic courthouse. From classic flicks to modern masterpieces, movies with Texas courthouses reflect the Lone Star State’s colorful heritage in small towns and big cities.

Celebrate Preservation Month this May by cueing up one of the following five flicks with Texas courthouses playing a role. 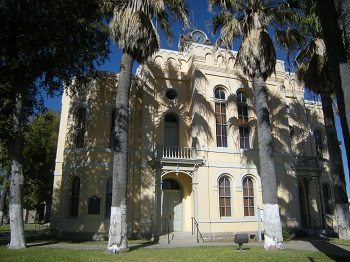 Guest appearances by Texas’ courthouses aren’t limited to the silver screen. In 2015, the Caldwell County Courthouse was featured in HBO’s critically acclaimed series “The Leftovers.” To learn more about how the courthouse became the center of fictional Jarden, Texas’ town square, read our blog post.

For a detailed list of courthouse appearances in movies, scroll to the bottom of the THC’s courthouse program fun facts page.