This article was originally featured in the December 1989 issue of The Medallion. 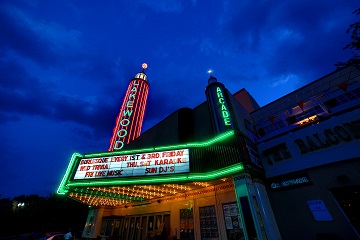 Outdoor signs have been an integral part of commercial storefronts for more than two centuries. Some early signs were painted directly on building walls or display windows, while others were painted on wooden plaques that were hung from the building.

The advancement of technology in the 20th century and subsequent production of new materials, including pigmented structural glass (commonly called Carrara glass), cast aluminum, stainless steel, and neon have changed the face of outdoor signs. The use of neon in signs was perhaps the most dramatic of these technological advances. 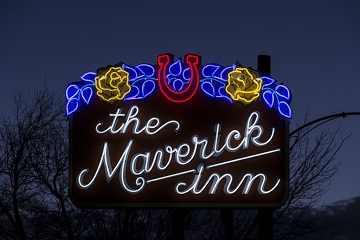 Neon technology dates from the late 19th century; however, it was not until 1910 that a French scientist, George Claude, adapted it as a commercial advertising tool. By 1920 Claude’s neon signs were seen in Europe and the United States. Neon was a phenomenon; when neon signs were first installed, people flocked to see them, often causing traffic jams. Consequently, neon sign shops sprang up across the country.

With the development of the automobile, the placement and size of outdoor signs changed to attract the motoring public. By the 1950s, neon was losing ground to the inexpensively produced vacuum-formed plastic signs that were lighted from within the fluorescent tubes. Neon became associated with low-class establishments such as strip joints and bars.

The energy crisis of the 1970s struck another blow to neon signs because most people, believing neon signs wasted energy, turned them off. In truth, neon consumes only a fraction of the power of incandescent lighting.

Today, neon is again becoming popular. Artists’ use of neon as an art form has helped us rediscover the magic of neon. Also, enough time has elapsed since the 1920s and 1930s to create in us a feeling of nostalgia about neon signs. 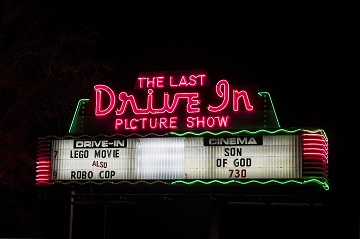 Neon technology has changed very little over the past 80 years. Neon tubes, or what should be called luminous tubes, are basically vacuum-tight glass tubes fitted at each end with a metal electrode. Inside the tube is a small amount of rare gas. Different gases make different colors. Neon, for example, makes a red-orange color while argon makes a lavender color.

Other gases commonly used are helium, krypton, and xenon. Through the use of these gases and glass tubes coated with phosphorus, 150 different colors can be achieved. A transformer feeds about 15,000 volts to the electrodes, causing the gas to ionize, resulting in a glow of light.

Neon signs usually are custom designed for a particular location. The bender (person who bends the glass tubes) and the sheet metal fabricator work to develop a custom sign. Together, they choose the shapes, colors, and animation to best get the message across to the public. It takes years to learn the craft of bending glass, and like any other craft, a well-designed sign may be considered a work of art. 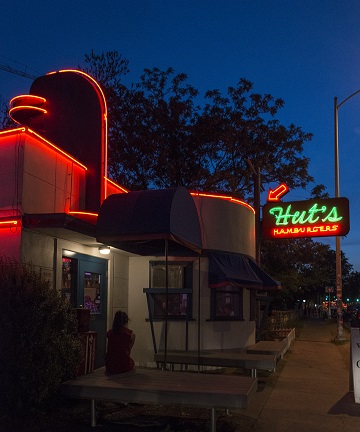 Preservationists are starting to realize that total removal of all historical signs, including neon, during downtown rehabilitation projects have contributed to the loss of local color, character, individuality, and sense of place. If at all possible, neon signs should be preserved during rehabilitation work, since they may be significant for their design and/or designers, as well as their association with the businesses they once marked.

Also, they may contribute to the total historic streetscape of a commercial district. The ideal situation is to leave neon signs in their original locations; an alternative is to keep them displayed in the same general area.

More awareness is needed by building owners, professionals, and the public of the importance of preserving neon signs. Such activities as historic sign surveys, slide programs, preservation brochures, and development of sign ordinances will help save this rapidly disappearing craft.