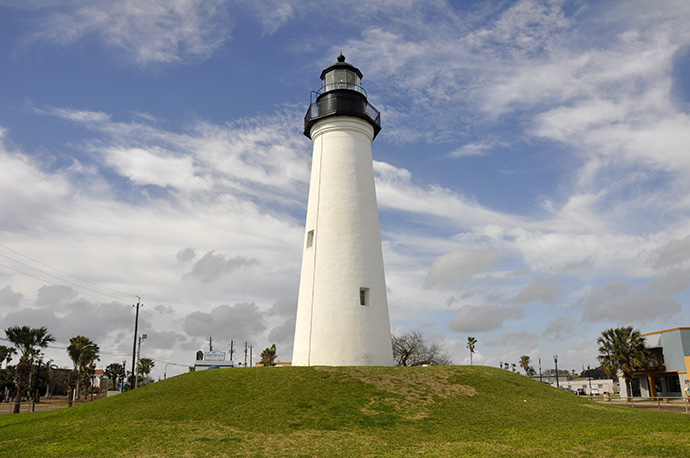 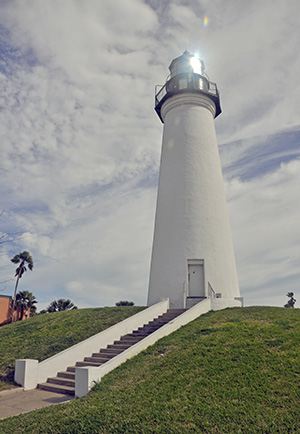 The Port Isabel Lighthouse has been a beloved landmark on the Laguna Madre near South Padre Island for nearly 170 years. The Texas Historical Commission (THC) gained custody of the site in 2019; since then, the agency has been coordinating preservation efforts with its architectural staff and site managers at the City of Port Isabel to maintain the popular destination’s heritage.

Visitors will soon have an even stronger draw to the site when a lighthouse lens is expected to be installed in the coming year. The agency is planning to place a full-scale reproduction of the site’s Fresnel lens back into the lantern room.

“It will be a functional rotating light, just as the original lamp was,” explains Hal Simon, Chief Interpretive Specialist with the THC’s Historic Sites Division. “The lens fits into the top lantern room of the lighthouse, while the rotating mechanism which operates it is located in the store below it.”

He adds that Fresnel lenses are a type of composite compact lens developed by French physicist Augustin-Jean Fresnel in the 1820s for use in lighthouses. The eight-sided lenses installed in the Port Isabel lighthouse were nearly 5 feet tall and 40 inches wide, with 11 prisms above and four prisms below the central bullseye lens on each side. 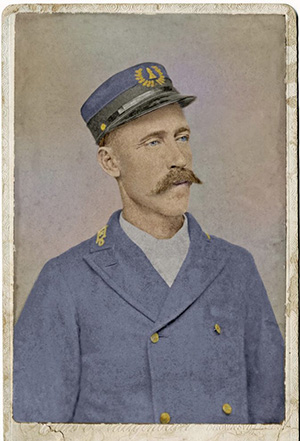 The lighthouse site dates to 1846 when it was initially developed as Fort Polk, after Texas’ annexation to the U.S. stirred international tensions. Plans for a lighthouse began in 1850, although nearby Brazos Island was initially preferred for its location directly on the coastline. The federal government’s occupation of the Fort Polk property was the determining factor in its location.

In 1895, William Egly was appointed as the lighthouse keeper at what was then called Point Isabel. He served in that role for 10 years, until the lighthouse was decommissioned.

Egly kept extremely busy. In his lighthouse keepers’ handbook, he remarked that he was obligated to provide a tour of the lighthouse if visitors requested one.

“The rules were that there could only be three people at a time, the tours couldn’t be at night, and the guests couldn’t be drunk,” says Valerie Bates, site manager of Port Isabel Lighthouse State Historic Site.

The lighthouse keeper job was highly regimented. The oil house for the main lamp was offsite, so Egly had to make frequent excursions to restock the supply. Weights in the lighthouse’s center pole had to be physically wound several times each day. Three large lamp wicks had to be trimmed to a very precise specification, and the lens had to be cleaned daily.

In 1926, locals raised money to restore the lighthouse because it was such a popular tourism draw. Visitation temporarily ceased during World Wars I and II, when the lighthouse was used as an observation tower to monitor against potential enemy attacks.

In 1950, the lighthouse and its associated buildings were donated to the state as a historic site. The Texas State Parks Board rehabilitated the lighthouse in 1952, and the Texas Parks and Wildlife Department completed another major upgrade project in 1970.

“We enjoy having this wonderful story in our town that reminds visitors about an important part of Texas’ past,” Bates says. 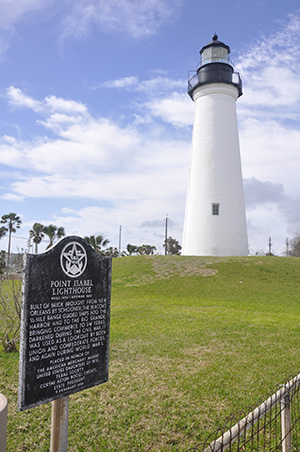 When the lighthouse projected its first bright beams onto the Gulf Coast in 1852, it was inconceivable that its range would one day include a rocket-launching site. But in 2021, powerful rocket engines from the SpaceX rocket port cause the ground to vibrate, which impacts the lighthouse approximately five miles away.

“We’re especially concerned about the cracking of the lighthouse’s foundation and the structure itself,” says Bates. “We’re also worried about any potential damage that might not be visible under the surface.”

The THC’s architectural and historical reviewers have been working with SpaceX for nearly a decade to address these concerns, and regulatory issues related to vibration from launches are currently being worked out. According to Justin Kockritz, a project reviewer with the agency’s History Programs Division, SpaceX engineers, THC architects, City of Port Isabel site managers, and Federal Aviation Administration and National Park Service specialists are working together.

“The utmost care must be taken to ensure this structure isn’t damaged by the expected launch vibrations,” Kockritz says.

Visit the site's webpage for more information about the lighthouse.