Learning about Life on the Farm 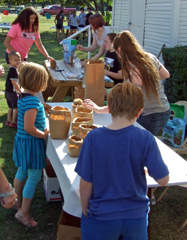 Every year since 2009, the Sam Rayburn House State Historic Site invites the community to celebrate the history of farming during Farming Heritage Day.

This year’s event included fun and educational hands-on activities for children and adults. Visitors made butter and ice cream, cornhusk dolls, and a woven craft. They also took part in various rural life chores, such as grinding coffee beans, scrubbing laundry, and planting seeds for their own gardens. 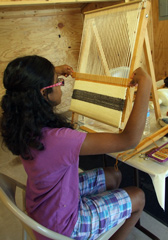 Everyone tried their hand at lawn and parlor games. Croquet, dominoes, horseshoes, and marbles were part of the day’s fun. 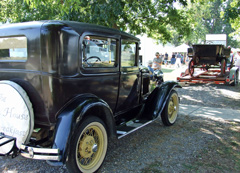 Sam Rayburn bought a Model T during his first race for the U.S. Congress in 1912. In celebration of his Ford-owning history, Dr. William King and his wife Eugenia brought a 1911 Ford Model T to display during the event. Steve and Karen Holbrook, owners of the Carleton House Bed and Breakfast in Bonham, brought their 1931 Ford Model A for visitors to view as well.

Members of local 4-H and Future Farmers of America clubs brought various show animals to the event. Visitors got up close and personal with cattle, goats, a lamb, a mini-horse, and rabbits. 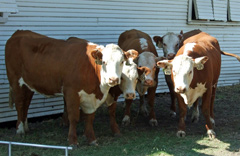 Rayburn raised Hereford cattle at home in Bonham and on his ranch in Ivanhoe. He was well-known for breeding the best cattle in the area. During Farming Heritage Day, a cattle-judging contest brought out the competitive nature in many event attendees. The Doyle Hereford Ranch in Wolfe City brought six Hereford heifers to the event. Visitors were asked to judge the cattle based on ideal Hereford characteristics, picking their top choices from one to four. Correct entries were entered into a drawing and received prizes donated by Ag Power in Sherman and the Friends of Sam Rayburn. 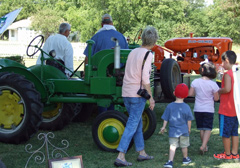 Everyone enjoyed lunch provided by the Friends of Sam Rayburn with water donated by Brookshire’s. Hand cranked, homemade vanilla ice cream made for a delicious dessert.

This fun and free event will return next year. Be sure to join us!