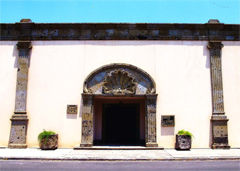 Alexandre’s Fine Jewelry, originally known as Joe Alexandre Watch & Jewelry Repair, was first opened in San Benito in 1958 by Jose L. Alexandre. Of the several stores that Alexandre’s operated over the years, those in San Benito and downtown Harlingen (202 E. Jackson) continue the family-owned traditions, offering a variety of services to their customers. 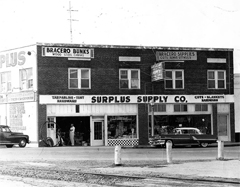 In June 1946, at its original location on West Harrison Avenue, Leonard Leonard and his wife opened the Army Surplus Supply Company, which provided military surplus goods to the Rio Grande Valley. In 1953, the store was moved to 306 W. Jackson, which has been its permanent location ever since. Still going strong, this store prides itself as the “Store for American Heroes,” catering to military personnel and civilian needs.

Grimsell’s Seed Company was started in 1916 by Frank Grimsell, who was originally from Chicago. Daughter Frances and her husband E.F. Griffen continued the family ownership passing management on to son Don in 1972. Today, Don’s sister Carol Mayfield oversees the business that continues to supply seed and feed to farmers in South Texas’ "Magic Valley" while adding nursery stock for the residential gardener. 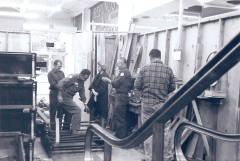 Sidney Hale founded the Rio Elevator Company, Inc., first known as the Elevator Maintenance Company, in 1951 out of his home. The company installed the Rio Grande Valley's first escalator in Brownsville in the Shopper's World building near the downtown Gateway Bridge. Son Frank Hale says the escalator only went up, and it was the first Otis escalator with a glass balustrade. The Rio Elevator Company, Inc. remains the Rio Grande Valley’s only locally owned elevator company.

The law firms of McCullough and McCullough, Bonner and Bonner, and Adams & Graham, L.L.P., were founded in 1946, 1957, and 1958, respectively. Each firm moved locations several times and changed names when new partners were added before returning to the original names of their practices. In 1980, Bonner and Bonner received the Harlingen Area Chamber of Commerce’s “Improvement Award” for exceptional renovations to their property at 103 S. Third St.