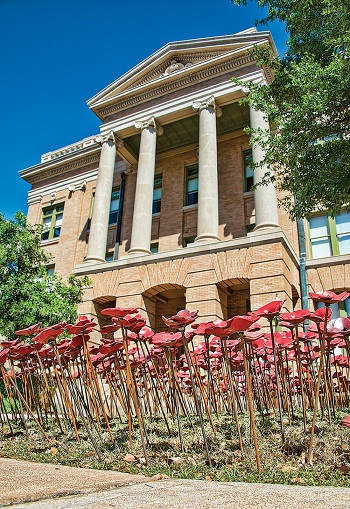 Historically, courthouses served as the central meeting places and architectural anchors for downtowns. In fact, they were often placed first in a community’s urban plan.

Today, Texas courthouses continue to anchor downtown activities. In many cases, they provide the primary park space in a historic business district. Their unique designs and central locations contribute to walkable, enjoyable experiences for locals and visitors.

In Texas, there are 89 designated Main Street communities. In those, 22 have courthouses restored through the Texas Historical Commission’s renowned Texas Historic Courthouse Preservation Program. In these local Main Street cities, many activities are held in and around the courthouses throughout the year. These contribute to a community’s quality of life and create the positive economic impact that is the core of the Main Street mission.

For example, the widespread community effort behind the 2010 restoration of the San Augustine County Courthouse in East Texas spurred the city’s application for Main Street designation in 2013.

“We wanted to expand the profound effect of the courthouse restoration on the whole climate of our downtown,” says Main Street Manager Tracy Cox.

She adds that the restored courthouse is directly tied to the economic success of the historic business district because it “creates an atmosphere like none other.”

“With the courthouse traffic comes the shoppers,” Cox says. “Everything is easily accessible, and the business facades around the courthouse are pleasing. People are drawn to make a one-stop business, shopping, and dining experience.”

In Amarillo, a Main Street community since 2002, the grounds of the 1932 Potter County Courthouse are in constant use during the summer months. The courthouse—considered one of the best preserved and exceptional Art Deco buildings in Texas—was restored and rededicated by the Texas Historic Courthouse Preservation Program in 2012. It is especially busy during free lunchtime concerts on the courthouse lawn that attract between 400 and 600 people weekly each summer.

“The Potter County Courthouse is an anchor of downtown revitalization,” says Center City Executive Director Beth Duke. “Most of the major Amarillo law firms have located within walking distance of the courthouse. Potter County is a major employer in the downtown area, and that workforce is a ready market for the 37 restaurants in our downtown dining district.” 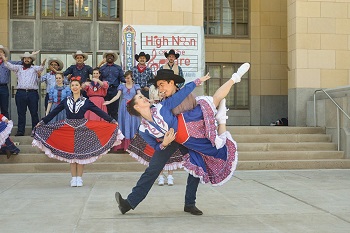 In 2006, the 1911 Beaux-Arts style Williamson County Courthouse in Georgetown received a THC courthouse preservation grant for $4 million to assist in the $9 million restoration project. The courthouse serves as an anchor for the “Most Beautiful Town Square in Texas,” the brand for downtown. It is frequently used for special events that draw thousands of visitors and shoppers, such as the Lighting of the Square, Georgetown Swirl, Red Poppy Festival, and weddings. The courthouse is open every Saturday for guided walking tours by Williamson Museum volunteers.

“Having a downtown that surrounds an active courthouse brings visitors and residents regularly,” says Kim McAuliffe, the city’s Downtown Development Manager, noting that Georgetown has participated in the Main Street program since the 1980s. “Following the restoration (2007), Georgetown experienced a reinvestment uptick in buildings, infrastructure, and new business openings.”

The 1861 Cass County Courthouse in Linden was restored and rededicated in 2012. It is the only continuously functioning antebellum courthouse in Texas. Linden became a Main Street community in 2017.

“In the nearly seven years since its rededication, Linden has seen a gradual building of momentum in downtown’s redevelopment,” says Main Street Manager Allie Anderson. “Often in the revitalization process, an impactful visual display of the public sector’s dedication to improving the downtown is all it takes to get the private sector wheels turning. In the last couple of years alone, we’ve seen the number of downtown retailers increase and the number of downtown restaurants nearly triple.” 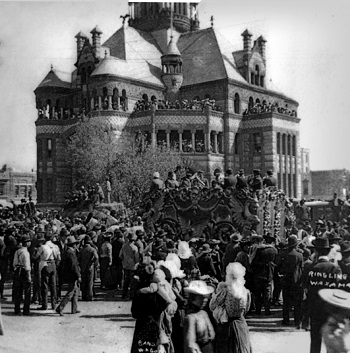 Historic Waxahachie provides tours of the restored 1897 Ellis County Courthouse throughout the year as part of events like the Texas Country Reporter Festival, held for 23 years around the courthouse. Another popular event is Trucks 'n Tunes, with food trucks and live music on the courthouse square.

“I love these events so much because kids run around making memories of being downtown—memories that will bind them to this community and make them want to protect it,” says Waxahachie Main Street Manager Anita Brown.

The Texas Main Street Program has been an effective economic development resource for county seats and communities throughout the state. Since launching in 1981, the program has generated $3.4 billion of reinvestment in Texas downtowns and urban neighborhood commercial districts, supporting a net gain of more than 35,000 downtown jobs, and establishing more than 8,600 new businesses across 178 communities and neighborhoods.