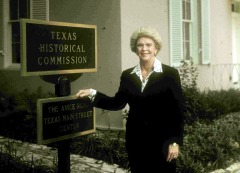 Few people have left such a lasting legacy at the THC as Anice Barber Read. Appointed to the THC in 1969 by Gov. John Connally, she served as a commissioner for seven years before accepting a staff position. She founded our Texas Main Street Program in 1981, then founded both the Texas Downtown Association and Preservation Texas in 1985. In 1996, Gov. George W. Bush proclaimed our Christianson-Lieberman Building to be the Anice Read Texas Main Street Center. She was given the National Trust for Historic Preservation’s highest national recognition, the Louise du Pont Crowninshield Award. Read is buried at the Texas State Cemetery in Austin.

Terry Colley is the deputy executive director of the THC and Deputy State Historic Preservation Officer. He began his career in historic preservation with the Texas Main Street Program, first as a Main Street manager. He joined the THC in 1991, working with Read on the statewide program and succeeding her as the state coordinator.

“Although the Texas Main Street Program officially began in 1981, it was the culmination of the efforts of many people including Truett Latimer and Anice Read. Latimer, the second executive director of the THC, had heard about what the National Trust for Historic Preservation was doing in the late 1970s to try to redevelop small downtowns. Truett asked Anice, whom he had hired in 1977 to help with outreach at the agency, if she was interested in taking on a new program that would position Texas as one of the first six states to implement the newly developed Main Street Four Point Approach® (organization, promotion, design, and economic restructuring). Not only was Anice up to the task, she took it and ran—literally. Under her supervision, the first five Texas Main Street cities were selected in 1981, along with five new Main Street Managers—a title and position that had not existed before that time. These managers were brought to Austin for training and then promptly placed in their communities with the directive to ‘do whatever it takes to bring this downtown back to life.’ 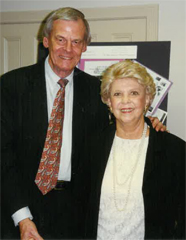 Five more communities were selected each year for many years. And although the city of San Marcos applied for designation in 1984, it was not successful. The city decided to participate as a ‘self-initiated’ community, which meant it would hire a Main Street manager and follow the Four Point Approach®. I saw the job announcement and applied. The first part of the application process was to go to Austin to meet with Anice. Her office was on the second floor of the Carrington-Covert House at that time in what was one of the historic bedrooms that had been divided into two offices. I could tell that she was a ‘force to be reckoned with’ and that I would love to be involved with the program. She sent me to interview in San Marcos on New Year’s Day of 1984 with the city manager and the human resources director. I was asked to give a presentation in the City Council chambers about the Texas Main Street Program to the empty chairs where the council normally sat. (It was New Year’s Day, remember?) The final question of the day was ‘Where did the Dow close yesterday?’ Having been a business major in college I knew the answer, which was just under 1,200.

Janie Headrick worked for the THC in different roles from 1986-2009, first as an administrative assistant with the Texas Main Street Program. She retired as the state coordinator for the Texas Heritage Trails Program. 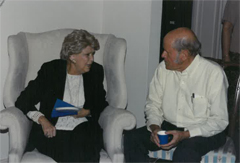 “Anice was a visionary. She could see things in people’s communities that they couldn’t see at first. She instituted the Texas Main Street Program and made it exceptional. No other state with a Main Street program offered training like the Texas Main Street Program, which trains managers in marketing, economic development, small business management, historic preservation, architecture and design, community organizing, and how to work with restaurateurs, shop-owners, preservation specialists, local governments, and other stakeholders. One time we had a young woman who had been a Main Street manager, and she came back after having left Main Street. She told us that during her interview, her future employer had told her there’s no possible way she could be experienced in so many different areas, to which she responded proudly, ‘Oh yes I am, I was a Texas Main Street Manager.’

Anice was the reason that exceptional training was possible. She was one of the smartest women I’ve ever known. She always knew how to end up with what she wanted, and wouldn’t take no for an answer. She would go into small cities and meet with the bankers, and by the end of the meeting, they would set up low-interest loan pools at ridiculously low rates. At the outset it would seem they would have nothing to gain from it, but she would end up selling them on the possibilities for their community. 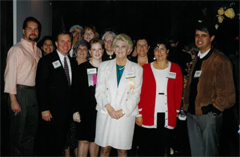 Along with the training, Anice knew she wanted to have a manual. So she got AT&T to give the program a grant to create the Texas Main Street Handbook, and every city in the state with a population under 50,000 got a free copy, whether it was in the program or not. She also traveled the state and put on grant writing workshops, helping preservationists, local nonprofits, volunteer fire departments, and others reach their goals through securing grant funding. She always pushed—but always in a nice way. She was something else, I guarantee you… She was absolutely phenomenal.”