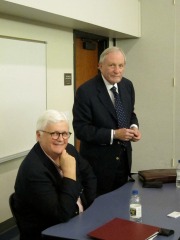 Dan Utley was employed by the Texas Historical Commission (THC) from 1979–85 and 1997–2007. During these times, he had several titles, including Director of Research and Chief Historian. He is currently a lecturer and Chief Historian for the Center for Texas Public History at Texas State University in San Marcos. He has also authored numerous books on Texas history and heritage.

“Texas may be the Lone Star State, but its motto is Friendship, and that’s the word that comes to mind when I think back on my two tours of duty at the THC. There were, of course, staff friendships forged from shared experiences, common goals, significant accomplishments, and mutual respect. But while those are important in my memory, they form only one layer of the story. In my time at the THC, I had the opportunity to visit each of the state’s 254 counties and to work with some incredibly gifted county historical commission (CHC) members who serve tirelessly, and often without much recognition, to preserve the past for the future. Some of those folks became dear friends, and while this space precludes me from calling them all by name, I remember with particular fondness people like Jimmy Odom of Palestine, Tammy Kubecka of Caldwell, Jonathan Gerland of Diboll, Donaly Brice of Lockhart, Barry Hutcheson of Austin, George and Virginia Gause of McAllen, James Patton of Huntsville, Joy Graham and Lucile Estell of Milam County, Lou Mallory of Mineola, and many, many more with whom I have traveled the backroads, swapped stories, surveyed cemeteries, climbed fences, clambered over and through countless landmarks, laughed out loud, and celebrated every marker we placed together. With great sadness, though, I have also mourned the loss of several dear CHC friends through the years like John Allen Templeton, Bill Quick, Norman Black, Don Plemmons, and Doc Norton. 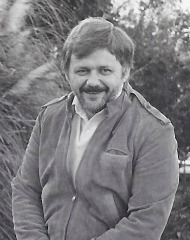 For those of us fortunate enough to have been THC staff members, there is another layer not so widely known outside the agency, but which is equally cherished, and that involves friendships formed with state commissioners. In that regard, I believe the THC may be unique among state agencies and certainly an example of how government can work effectively. Names I recall with great respect include: Bob Bowman, a gentle and witty man who always made me smile; Lareatha Clay, who brings a voice to so many; John Nau, a tough but steadfast leader; Jane Barnhill, always there with a smile and a hug; Earl Broussard, a true Texas character, even if he hails from Louisiana; Boo Hausser and Diane Bumpas, who taught me about perseverance and purpose; and two of the most remarkable individuals I have ever known—the unsinkable Shirley Caldwell and my buddy, Thomas E. “Stonewall” Alexander, with whom I have now written three books.

I retired from the THC several years ago, but in a sense I never left. I am now a member of the Antiquities Advisory Board and the occasional committee, and in my new capacity at Texas State University, where I serve with the indefatigable Dr. Lynn Denton (who I met through the THC), I never miss an opportunity to tell our public history students about a special place called the Texas Historical Commission. Always, at the core of those stories are warm memories and the unmistakable layers of friendship that still guide my work. Happy 60th, THC!”

Great memories Dan! Always nice to be "remembered"!!! We were a great team and made life-long friendships.

...not better than that black and white of you.