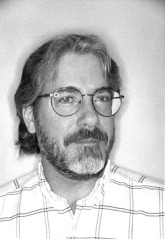 Myles Miller was an Archeological Project Reviewer with the THC from June 1996 to April 2002. He is now a Principal Investigator for Geo-Marine, Inc.

“My time with the THC was truly enjoyable and productive. I have several pleasant memories, the favorite of which are perhaps the field reviews of archaeological sites that involved drives along the back roads of central and southern Texas to visit Spanish Colonial mission settlements, impressive burned rock middens, and sites buried under meters of alluvium exposed along cutbanks. Other memories include the weekly reviewer meetings where the good, the bad, and the ugly of Texas Cultural Resource Management (CRM) reports were presented, discussed, and argued over, as well as the attempts by the project review staff to decipher the sometimes mysterious syntax used by Texas archeologists (many of which were compiled and published by Bill Martin in the monthly THC newsletter, Archaeology in Texas).

The most profound impact of the six years I spent with the THC is that I was exposed to the vast panorama and variety of Texas prehistory and history. This had a major impact on my overall perspective and worldview in archaeology that previously had been somewhat provincial and limited to Trans-Pecos West Texas and the U.S. Southwest. I also learned that there are, and should be, a wide range of stakeholders and interested parties in the CRM process beyond the archeological consultants and reviewers.”

This is one in a series of “Memory Lane” blog posts in which former THC employees, commissioners, interns, and partners recall their favorite moments at the agency. It’s part of our “60 Years in 60 Days” campaign on Facebook and Twitter, which began on September 19 and leads up to November 17, the 60th anniversary of the THC.