By Margo McCutcheon, Site Educator at the Sam Rayburn House

Whether they have researched him on their own time or have traveled to his historic home site for a tour, most people agree there was a lot to respect about Sam “Mr. Sam” Rayburn. He was a professional politician who supported his political party’s decisions whether he personally agreed with those decisions or not.

He didn’t own any stocks because he didn’t think a congressperson should have a stake in something that they might have to legislate one day. As a 24-year-old single man just starting out as a county representative in the Texas House of Representatives in Austin, he was in bed by about 10 p.m. every night unless he was working late. But Sam Rayburn was not a perfect man.

He made his choices, just like the rest of us, and while we can admire his trustworthiness, honesty, and integrity, Sam Rayburn had at least one of what we today refer to as a vice—smoking. Mr. Sam had a habit of smoking unfiltered Camel cigarettes, and it’s kind of hard to miss all the ashtrays he had around the house.

Rather than sweep these ashtrays under the rug, I will do just as the Rayburns did, and put them on display for everyone to see. From August to late September, we will be displaying a selection of the ashtrays that we do not have strewn around the house (yes, for every ashtray you can see while touring the house, there are actually more).

I can find internet images of the ashtrays we will have on display, but coming up with the history behind them is a different story. After searching for each kind of ashtray separately, I decided to just find a history of ashtrays, and a digitized article originally published in Cigar Aficionado magazine helped me fill in some of the missing pieces. In the article “Ashes to Ashtrays,” the authors discuss the rise and fall of ashtray purchases that then turned into a sort of collectable craze during the 1990s. 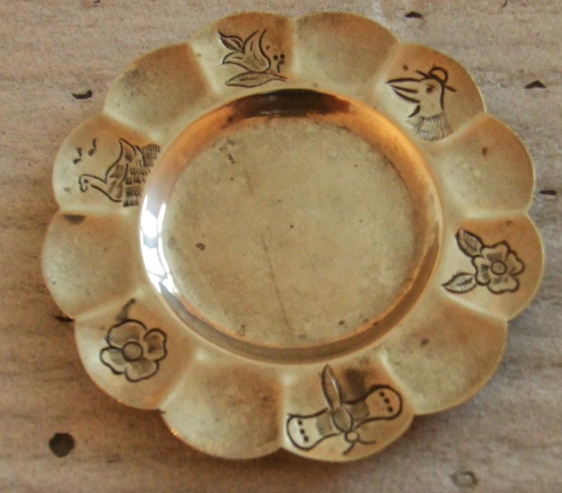 The English word “ashtray” and even the concept of ashtrays themselves may date only to the 1830s. If a material existed, from metals to glass to pottery, then somebody made an ashtray out of it. The same companies that made some of the beautiful dishware that we have at the Rayburn house also made ashtrays.

If a nightclub, hotel, comic book, company, or animal existed, then it had an ashtray made for it. Even free-standing ashtrays (taller ashtrays for going next

to chairs) are collectible to certain people. Ashtray collector Nancy Wanvig spent years learning about ashtrays, smoking, and the varied types of materials used to create ashtrays so that she could publish a book to help identify and value them. She created a “type” category for ashtrays, which included “functional,” “advertising,” and “novelty” descriptors to classify them. I selected eight ashtrays from the Rayburn collection to display in our Visitors Center, and I will classify them using Wanvig’s types.

While all of these ashtrays are technically functional, I did not include regular-looking ashtrays in our exhibit. I want our visitors to see things they may not see elsewhere.

At least two of these ashtrays are what I consider to be advertising ashtrays. One is a “We Bathe the World” ashtray, which is a souvenir ashtray from Hot Springs, Arkansas, that was made in Japan. Hot Springs was a place where people from around the world went to bathe in geothermal hot springs for their health..

Although the bathing industry declined during the late 1900s, the bath houses, hot springs, and the nature surrounding them are now the Hot Springs National Park, and its website has more information about the area. Whether or not Mr. Sam went to the springs himself, we now have an ashtray to be used with one of the most unhealthy objects ever created (cigarettes) from this special place that people traveled to in order to heal themselves.

The other ashtray references the television show “Person to Person” (1953-1962), a news

program that saw journalists Edward R. Murrow and Charles Collingwood interview prominent people in their homes. Although I have not proven that Mr. Sam was interviewed for this program, he was interviewed on another one of Murrow’s news shows, “See It Now” (1951-1957), on April 19, 1953. “See It Now” was one of the first documentary news programs on television, and set the tone for the news. 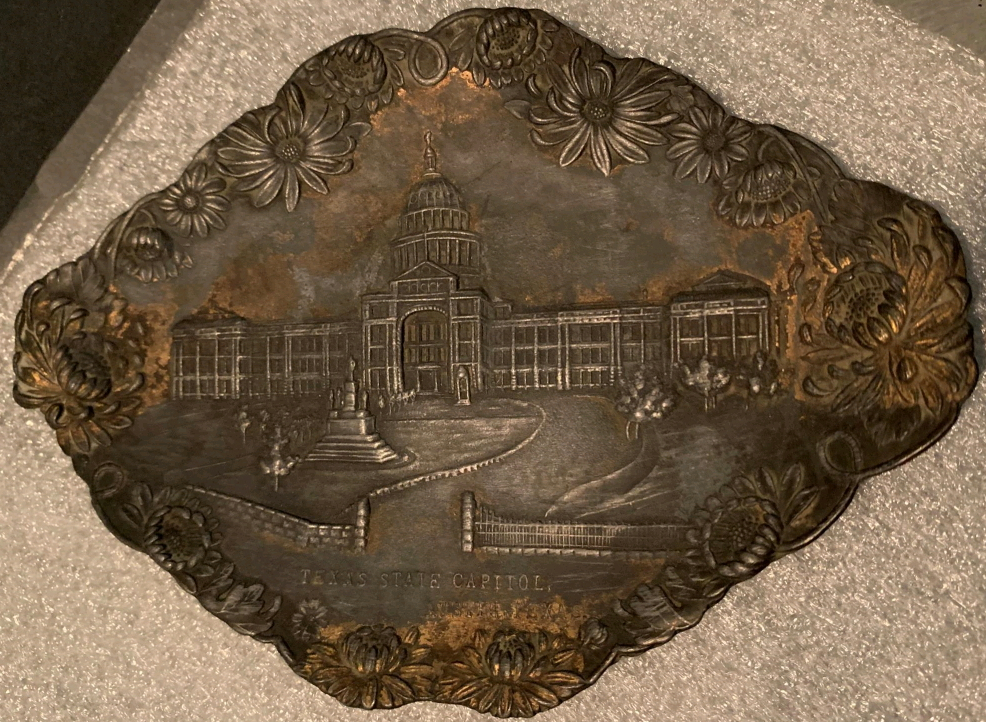 If Mr. Sam was given this “Perso documentaries that air on TV today.n to Person” ashtray after his interview for “See It Now,” then perhaps he was given one of the first ashtrays created for the show, since it began in 1953. Sometime during the 1950s, Murrow broadcast live from the U.S. House of Representatives. There is a photo in the Tufts Digital Library of Murrow sitting with a microphone aimed at Republican Minority Leader Joseph Martin and Speaker of the House Sam Rayburn.

Perhaps both Martin and Mr. Sam received ashtrays for their trouble? I can’t speak to the relationship between Mr. Sam and Murrow, but Murrow did send this letter of congratulations (published in the Bonham Daily Favorite) to Mr. Sam upon the opening of the Sam Rayburn Library in October 1957:

I have never known a man in public life who enjoyed more universal respect than Mr. Sam. Not only his party but his country is in his debt, for he has so frequently devoted himself to the nation’s destiny rather than partisan political interest. His candor, his tolerance of everything, save hypocrisy, have made him one of the real ornaments of American statesmanship.

The other six ashtrays on display are what I consider novelties—they’re shaped like other objects or have some sort of artistic flair to attract smokers or tourists in equal measure. I’m no numismatist (person who collects/studies coins or other money objects) but I think I can appreciate an ashtray that features a 1932 “Republica de Columbia” coin at its center.

This 50-cent gold and silver coin features Simón Bolívar on one side and the national coat-of-arms of Columbia on the other. Made between 1932-1950, the rest of the ashtray around the coin is shaped like a flower. Several styles of this type of coin in an ashtray exist, although I have yet to see one online that looks like ours.

We have three ashtrays made and/or sold by Sanborns, a pharmacy and restaurant chain popular in Mexico. According to “Mexperience,” two brothers from California started the Sanborns drug store in Mexico in the early 1900s before adding a soda fountain and later restaurants to their stores that sell almost anything. 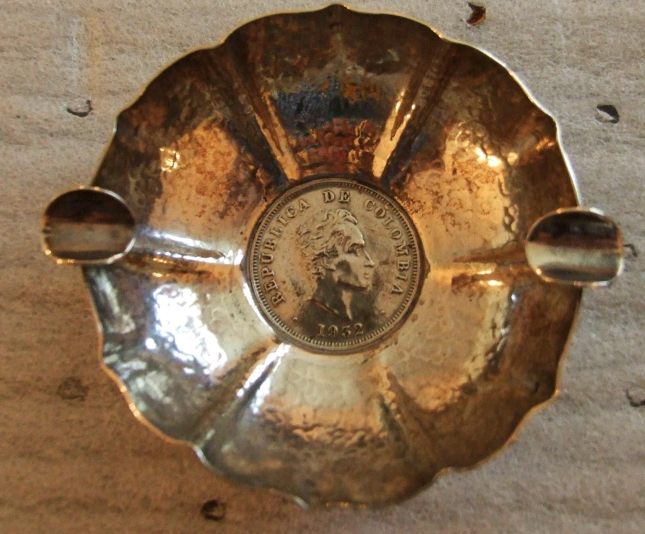 These ashtrays are made of silver and were probably created between 1900-1950. One has an Aztec calendar in the center while the other two are shaped like flowers with decorative pictures on every other petal. These two flower ashtrays are essentially the same, but the pictures on the petals and clarity of the engraving are different.

We do know that Mr. Sam took one trip to Mexico City with a judge from Bonham, so perhaps he purchased these himself. Mr. Sam had a co-worker named Alla Clary who worked with him from 1919 until his death. Clary loved to travel the world, and she sent him the fireplace bellows from Mexico we have in the house.

The Washington ashtray features a painting of colonial-era people relaxing in a field. It was manufactured or sold by the G.C. Murphy Co. for 39 cents. You can find quite a few ashtrays that feature the Texas Capitol building in Austin, but the one the Rayburns owned shows a relief of the building surrounded with flowers.

For instance, visitors can see books, TVs, radios, and an oven in the house today. But those books are or are almost out of copyright, the TVs have rabbit ears, the radios are almost as tall as me, and that oven weighs 400 lbs. 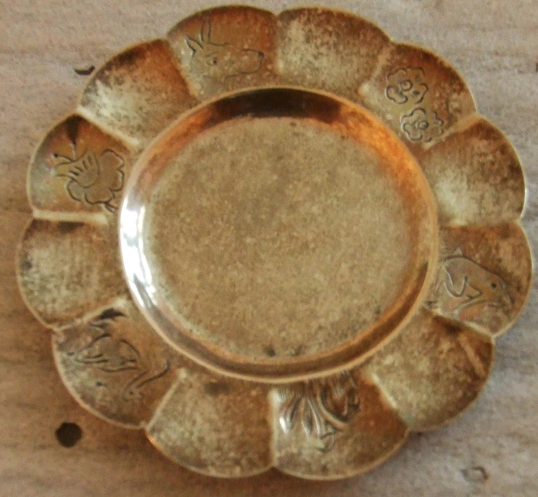 The ashtrays are one of the few things in the house that may really be a relic of the past. I’m sure there are people my age whose parents or grandparents never imagined a world without ashtrays everywhere—in homes, restaurants, bars, cars, businesses, stores, and everywhere else you can think of. People used to smoke all the time, and even children’s cartoons were involved in advertising campaigns for smoking products. I think it’s great that the abundance of ashtrays has declined, and not only for the health reasons that no longer needing ashtrays everywhere implies.

I’m glad they’re going away because if there were ashtrays for my favorite TV shows or movies or video games, I would probably buy them whether I needed them or not. I don’t need to add ashtray collector to my list of vices.

Since Mr. Sam and the Rayburns did the hard work for you, come check out our exhibit to see ashtrays everywhere if you want to reminisce about a time when that was true.