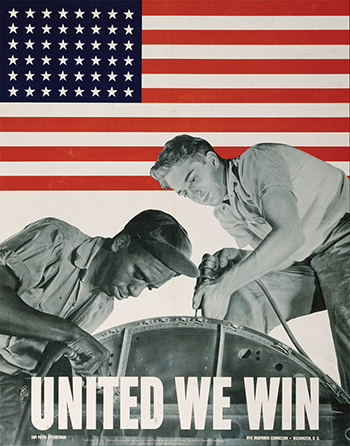 In the spring of 2020, Texans used their sewing machines, 3D printers, and other personal equipment to produce face masks and other forms of protective gear in the fight against the coronavirus pandemic. It was eerily reminiscent of earlier times, when sewing machines and knitting needles were focused on defeating other enemies.

During both World War I and World War II, women across Texas supported Red Cross efforts through sewing, knitting, and quilting, in addition to maintaining the clothes of family members in the face of rationing. Individually and in organized groups, women produced a wide range of garments and materials, and often donated proceeds from items sold to support Red Cross efforts to aid service members, civilians, and war victims.

Rationing, another recent experience for some, was necessary on the home front during WWII to ensure that those in uniform and our allies devastated by war had adequate supplies. Items such as meat, sugar, coffee, shoes, rubber, and auto parts required government-issued stamps for their purchase. Rationing of gasoline, a very unpopular action in Texas where much of it was produced, limited travel for many. 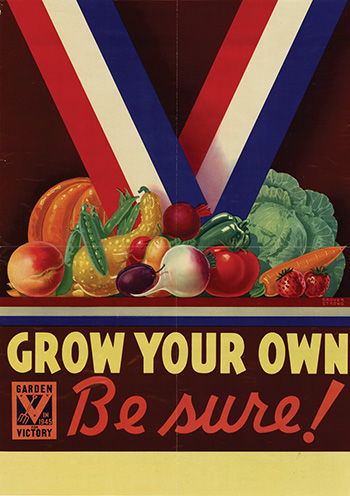 In efforts to reduce the effects of rationing and provide maximum resources for the war, many urban Texans grew their own food in victory gardens. In addition to enduring rationing, Texans also contributed to recycling efforts and purchased bonds to support the war effort.

Though rationing and other home-front efforts to support the war lasted during most of the conflict, the effects of the war at home left an enduring mark on the Texas economy. The significant growth in the petrochemical industry to meet war demands continues to provide a source for prosperity.

Perhaps of more importance was the growth in other sectors of the economy, especially manufacturing. The advancement of aircraft, shipbuilding, timber, paper, steel, and other industries provided Texas the economic infrastructure to build a vibrant and diversified economy. The income generated from industry as well as the construction of 175 military facilities, 1.5 million service members training in Texas, and high farm prices helped push the preceding Great Depression to memory and erased the state’s $42 million debt (the modern equivalent of $737.5 million). 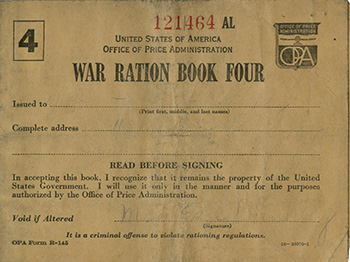 “With the additional income, Texas was also able to improve the state highway system, invest in public education, and begin an expansion program among higher education facilities,” says Charles Sadnick, director of the THC’s History Programs Division. “In fact, the educational investment was key to allowing Texas’ returning veterans to use their G.I. Bill benefits to create the best-educated populace our state had ever experienced.”

Also of lasting consequence to Texas was the role the war played in population distribution. Though the growth of the petroleum industry—following Spindletop in 1901, World War I, and the Great Depression—had all contributed to the movement of Texans from the farm to the city, it was WWII that made Texas a solidly majority urban state. As the sixth most populous state in the country in 1900, only 17.1 percent of Texans lived in urban areas, well below the national average of 39.6 percent.

By 1940, the percentage of urban Texans had reached 45.4 percent. In 1950, 59.8 percent of Texans lived in urban areas, more than doubling the average growth rate of the previous four decades. It was WWII and its effects on the Texas economy that made Texas a majority urban state, a trend that continued and saw Texas have an 88.1 percent urban population by 2010.

Additionally, the war set in motion forces for change that altered how the people of Texas and the nation would live and interact with one another. Women who saw military service and experienced economic power as wage earners during the war remained in the workforce in large numbers and began to challenge the male-dominated norms of the time.

Likewise, Hispanic and African American service members who fought and were recognized for their gallantry on foreign battlefields could no longer accept the Jim Crow segregation policies of Texas and the South and began to demand equality. The fight would be ongoing, but over the coming decades, great strides were made in gender and racial equality due to the persistent efforts of those inspired by their wartime experiences.

Lastly, the growth of wartime military facilities had a lasting impact on Texas communities and the landscape. While many facilities continued to serve in a military capacity due to the rapid onset of the Cold War, most were closed and turned over to civil authorities or returned to original landowners. Many of the buildings and other structures were sold, moved, and recycled for other purposes such as schools, churches, and other uses. Many of the airfields were converted to civilian airports, thus benefiting local communities.

Over time, the number of military facilities would continue to shrink as defense needs changed and more were converted to civilian use. Two of the most notable examples were Austin-Bergstrom International Airport, formerly Del Valle Army Air Base, and the massive Port San Antonio commercial/industrial site, formerly Kelly Field (held by the military from 1917–2001).

“Although the challenges we face with the coronavirus aren’t comparable with our efforts in World War II, there are some parallels worth noting,” Sadnick says. “In hindsight, we can see all the advancements made in Texas after the war. It remains to be seen how the historic events associated with our current crisis will ultimately shape Texas’ future.”