By Susan Tietz, Architect and Coordinator of the Texas Historic Courthouse Preservation Program 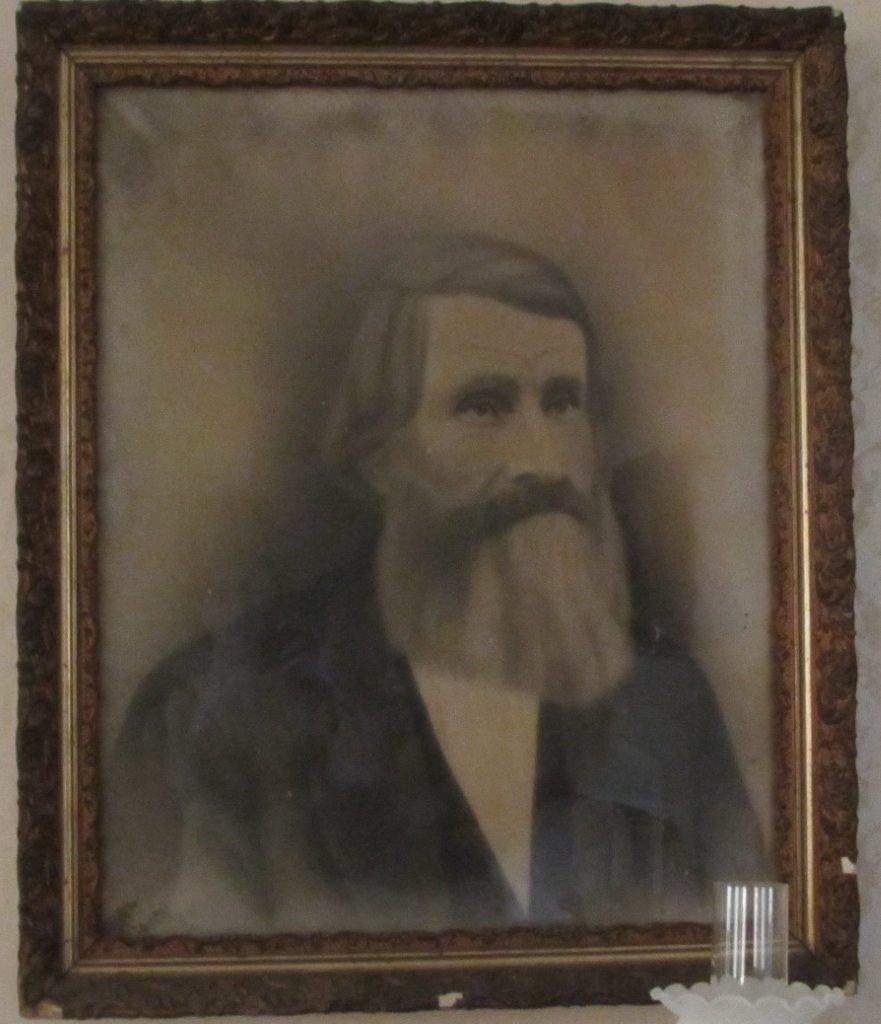 William Floyd and his wife Elizabeth Ford Floyd traveled in a covered wagon with their three children from Grassy Cove, Tenn. to Fannin County in North Texas in January 1859. Elizabeth carried their toddler son on foot for most of the journey because he was wagon sick.

Shortly after William arrived in Honey Grove, he approached three businessmen and borrowed money in a clever round-robin scheme to purchase and quarry about 6,000 acres of limestone-laden land just south of town. He opened the Floyd Quarry and supplied smooth, cream-colored “Gober Chalk” limestone for the construction of churches, banks, mercantiles, and other commercial buildings across northeast Texas.

Once exposed to UV light and oxygen, the masonry transformed from a soft, mustard color to a perfect building material that was hard and a bright, light yellow. Several public buildings such as schools, city halls, and the Red River County Courthouse in Clarksville were constructed of Floyd Quarry limestone.

William became successful and was able to honor his wife’s request that he purchase a new suit so he could attend church. Eventually, Elizabeth purchased cloth to make a dress for herself so she could join him. When McKenzie Methodist in Honey Grove built its church in 1880, the building was constructed with Floyd Quarry limestone under William’s supervision. During construction, a large masonry unit fell, crushing William’s leg and eventually causing his death in 1883. 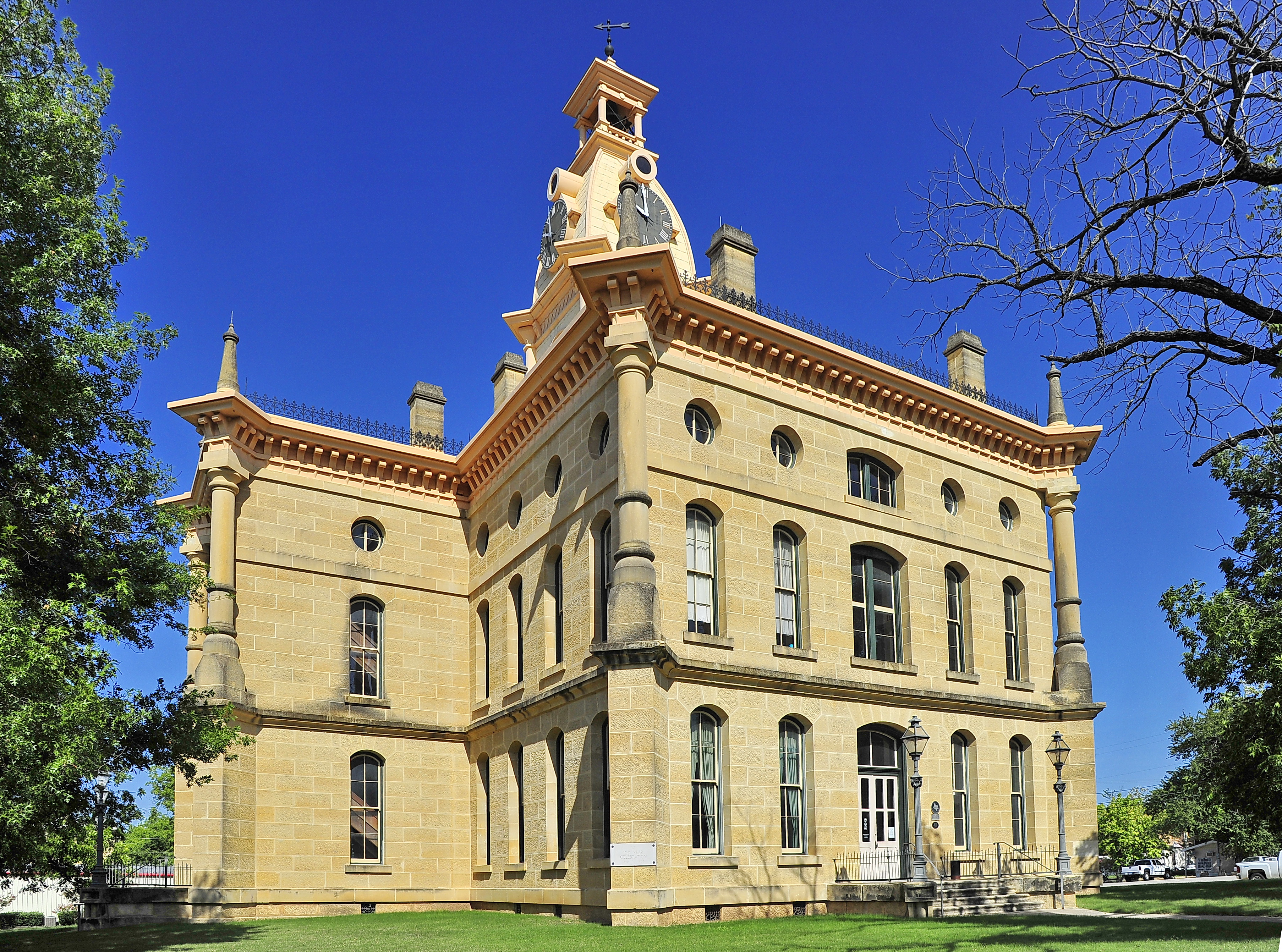 When Red River County received a grant to restore its 1884 Second Empire courthouse from the Texas Historical Commission’s (THC) Texas Historic Courthouse Preservation Program in 2000, some of the badly deteriorated limestone needed to be replaced. While all limestone may look alike, it is in fact extremely difficult to match the original masonry on a historic building unless you use stone removed from the original quarry.

The Floyd Quarry closed in 1904, but when the THC approached Mary Pauline Yarbrough, owner of the quarry and great-granddaughter of William Floyd, she graciously agreed to reopen it. She gave the mason permission to remove limestone from the quarry that provided a perfect match to the stone first used to construct the Red River County Courthouse. In 2002, the THC honored Yarbrough for her family’s contribution with its Award of Excellence in Historic Architecture for “significant contribution in the preservation of Texas architectural heritage and craftsmanship.” 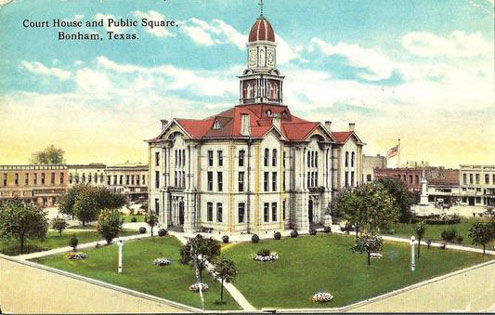 Now, 20 years later, Yarbrough has once again agreed to reopen the quarry to supply over 35 tons of limestone for restoration work on the Fannin County Courthouse in nearby Bonham. That building was originally constructed of limestone from the Gober Quarry, immediately adjacent to her great-grandfather’s quarry.

In 1965, Yarbrough was heartbroken to watch the beautifully carved and cut limestone obscured by the application of a modern panel system applied directly to the stone of the Fannin County Courthouse. Finally, those panels and the black, sticky adhesive on the courthouse’s historic limestone facade have been removed to reveal badly damaged and deteriorated stone.

The restoration work ahead is extensive and will include removing the black stains left by the adhesive, as well as carving and installing dozens of decorative stone features that were removed from all sides of the courthouse during the 1960s alteration. Thanks in part to the Floyd Quarry, Fannin County’s courthouse restoration will be completed sometime next year. We look forward to the rededication.