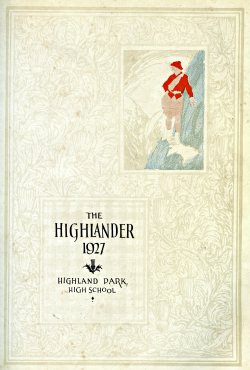 Did you know that Sam Rayburn wasn’t the only member of his family to work in the federal government? “Mr. Sam’s” nephew, Robert Taylor Bartley, worked in Washington D.C. for many years. He retired from federal service in 1972 after 41 years on the job.

When constructed in 1916, the occupants of Sam Rayburn’s home in Bonham included Rayburn, a brother, a sister, and his parents. Over the years, siblings and parents passed away, family members married and moved out, and others moved away or moved closer. The last Rayburn family member to live in the home was “Mr. Sam’s” sister, Medibel Bartley, who died in 1969.

Medibel and her husband S.E. Bartley were the parents of Robert T. Bartley, who was born May 20, 1909. Robert was just one of the nephews who called Sam Rayburn “Uncle Sam.”

The Bartley family initially lived in nearby Ladonia. S.E. was a bank examiner, a job that took him away from home quite often. Therefore, the young Robert and his mother often stayed at Sam Rayburn’s home in Bonham. Robert even attended school in Bonham, riding a pony from the Rayburn home, two miles west of town, to Duncan Elementary School (which was located where the current Sam Rayburn Museum stands today). Later, the Bartley family moved to Dallas. Robert returned to Bonham during the summers to work on the farm.

Robert attended high school at Highland Park, where he was an active student. He played on the varsity football team, was a member of the school’s YMCA, and was a sergeant in the ROTC program. He graduated from Highland Park High School in 1927.

Robert then attended Southern Methodist University in Dallas, where he majored in Business Administration. When he was 22 years old, he moved from Texas to Washington, D.C. It was there that he started his lengthy career working in the federal government.

Robert’s tenure with the U.S. government began with his first job in Washington, D.C. as a statistician for the House Committee on Interstate and Foreign Commerce. In 1934, he began working for the Interstate Commerce Commission. When the Federal Communication Commission was developed, he was appointed Director of the Telegraph Division. In 1937, Robert joined the Securities and Exchange Commission as a Senior Securities Analyst. In 1943, he joined the National Association of Broadcasters as Director of War Activities and Director of Government Relations.

In 1948, Robert took on a more personal job—he went to work as an administrative assistant to his uncle, Speaker of the U.S. House of Representatives, Sam Rayburn. In 1952, President Harry S. Truman appointed Robert to the Federal Communications Commission. He worked at the FCC until his retirement in 1972, thereby becoming the longest serving member of that agency. He received the Marconi Memorial Gold Medal of Achievement in 1965.

In 1936, Robert Bartley married Ruth Adams of Washington, D.C. Sam Rayburn acted as his best man. Robert and Ruth had three children: Robert T., Jane, and Thomas. Robert Bartley died in 1988. He was buried in Silver Spring, Maryland, where he was a longtime resident. 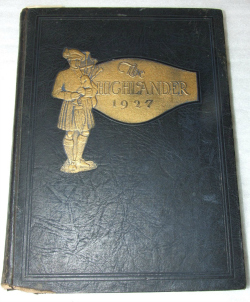 Highland Park High School, from which Robert Bartley graduated in 1927, serves students in Highland Park and University Park, both suburbs of Dallas. The school was fairly new when Robert began attending. The first class to graduate from Highland Park was that of 1924. The Sam Rayburn House State Historic Site contains Robert’s Highland Park High School yearbook from 1927, his senior year at school. The yearbook was found on a bookshelf in Sam Rayburn’s bedroom in 1972, when the Texas Historical Commission, the newly designated administrator of the property, inventoried the contents of the home. As Sam Rayburn was not the final occupant of the home, it is likely his sister and Robert’s mother Medibel Bartley moved the yearbook to her brother’s empty room after his 1961 death.

Did Robert not want his Highland Park yearbook? Did he forget it at home when he moved to Washington, D.C.? We may never know. What we do know is that Robert Bartley, with his 41-year tenure with the federal government, not unlike his uncle’s 48 years in congress, would have made his “Uncle Sam” very proud.