The Sea of Mud

For most Texans, the end of the Texas Revolution is a relatively simple story. Even our own museum implies that once the Battle of San Jacinto was won, Texas’ victory was completely secured. The truth is, it just wasn’t that simple.

Two entire Mexican armies, over 2,500 soldados strong, were encamped at nearby Brazoria and Columbia. These huge forces might have easily united and attacked Sam Houston’s much smaller army; without the element of surprise, perhaps Houston would have had a harder time winning the day. 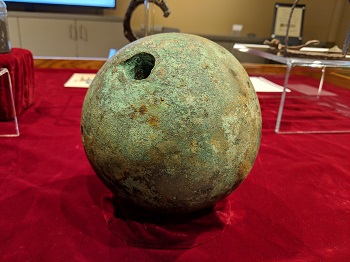 Luckily for Texas, the Mexican armies under Gen. Vincente Filisola made a tactical decision to withdraw and regroup with the rest of their soldiers and supplies before attacking.

Little did they know that a serious rainstorm was going to cause them to get stuck in “El Mar de Lodo” or “The Sea of Mud”—a huge wasteland of oozing muck and mire that stretched between two branches of the flooded San Bernard River.

This was no little amount of mud: it reached up to the thigh and sometimes the waists of the soldiers, civilians, and camp followers who had to walk 20 miles, hauling animals, cannons, materiel, and supplies through the mud. The entire journey took two weeks and left the Mexican Army completely unwilling to continue the fight in Texas. 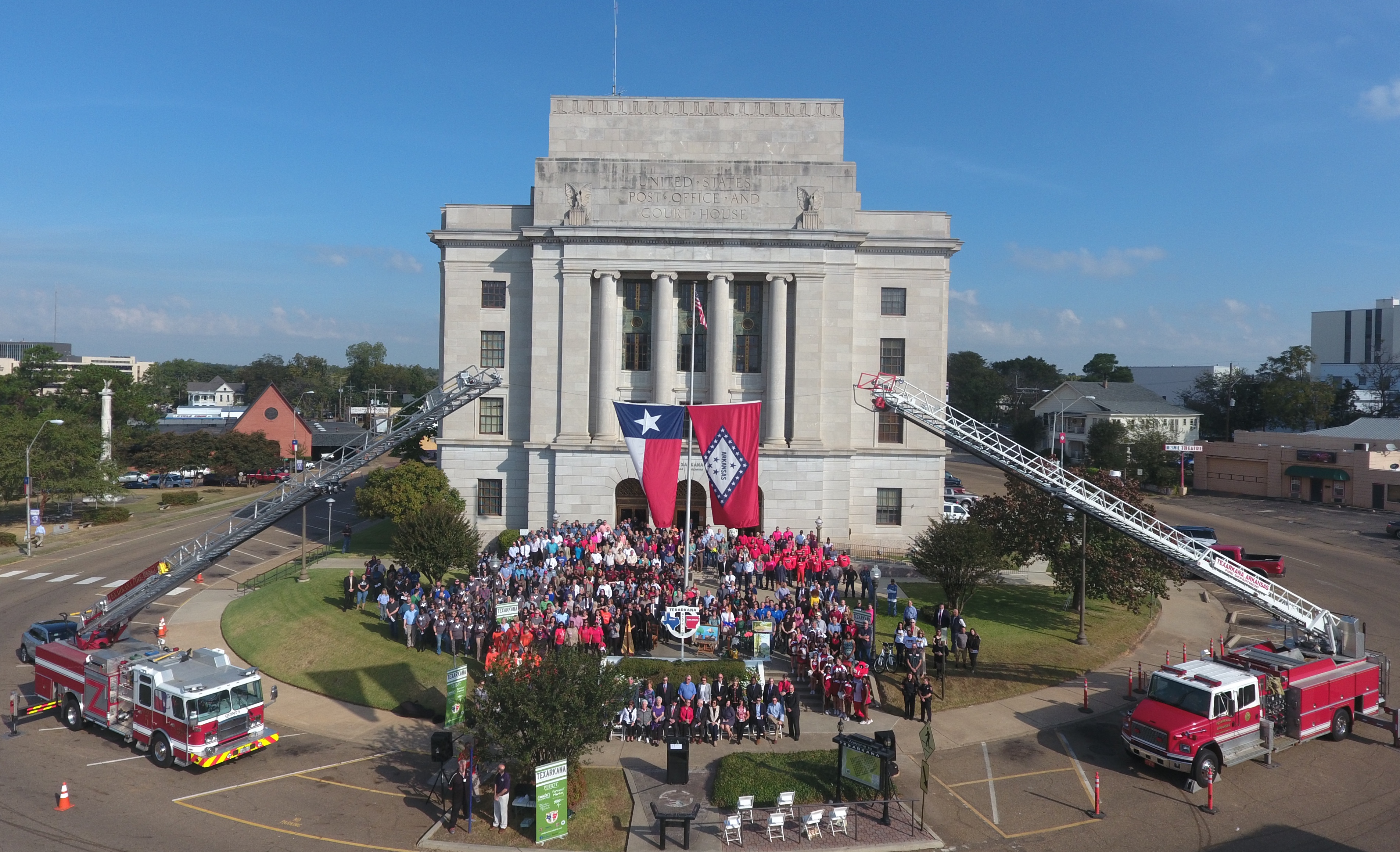 In another lucky turn, the supplies dropped by the struggling soldiers remained mostly untouched in the mud for 160 years until they were discovered by Dr. Gregg Dimmick, an avocational archeologist.

Over several years, Gregg and other members of the Houston Archeological Society traced the route of the Mexican Army, discovering thousands of artifacts including pieces of guns, howitzer shells with the black powder and fuses still intact, and pieces of military uniform and insignias.

Not all the artifacts were military in nature: the soldados dropped items looted from Texian homes in the mud, including candlesticks, money, ceramics, silver and more.

The 1,200 women, children, and other camp followers who came with the armies also contributed to the artifacts left behind through buttons, cups, and even the delicate tip to a thimble.

Many of these items lost in the Sea of Mud were donated to the Texas A&M Cushing Library and Archive  and are now on display for the first time at San Felipe de Austin State Historic Site’s temporary gallery in our newest exhibition “El Mar de Lodo, The Sea of Mud.” 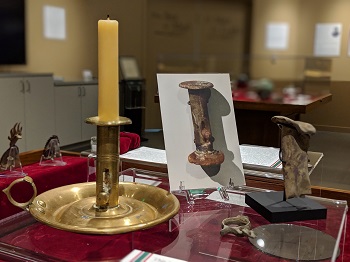 Visitors are invited to see the historic artifacts alongside modern replicas, artistic renderings of the event, photographs of the archeological excavations, and more. The exhibit is free to the public, though the main museum does require standard admission. It will be on display through Labor Day, September 2, 2019.

To arrange a special tour of the exhibit or ask questions about the displays please contact the museum.