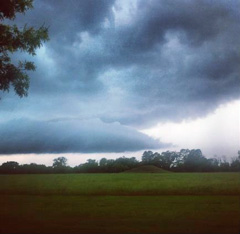 “The camino real, or more aptly the caminos reales, is more than a route, more than a series of parajes between two end points. It is a complex set of relationships between travelers and nature, buyers and sellers, governors and governed.”

I've made a daily ritual of leaving my desk to explore Caddo Mounds State Historic Site and breathe in the spirit of the place. With every little journey, the history beneath my feet blends with the living legacy of the mound prairie in an ever-changing kaleidoscope of nature and culture. 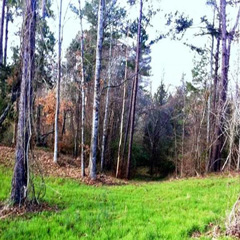 For thousands of years, this slice of East Texas has been a permanent residence and perpetual campground to the Tejas/Caddo, Spanish, French, Anglo, African American, and a variety of other people. During the time of European contact, Spanish travelers to the land of the Tejas journeyed along El Camino Real de los Tejas (the Royal Road—the oldest road in Texas) and faced a muddy and difficult crossing at the Neches River. The dry mound prairie, a welcome sight to weary travelers, served as a paraje, or perpetual campground. The Spanish named this place Paraje el Cerrito, the campground at the little mound or hill, and it offered a high, dry land with grass for grazing animals, edible plants for foraging, and the nearby Neches River and natural springs. 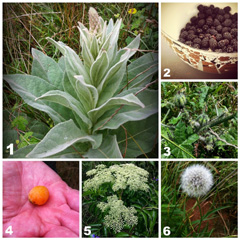 Each day on my explorations of Caddo Mounds, I discover the natural bounty that has attracted man and beast throughout history. A novice forager, I know I have only discovered a fraction of the edible and healing plants on the site.

In glimpses, songs, and chance meetings, I've seen some of the wildlife that has helped sustain life in East Texas. Both the common place sightings of buzzards and the rare treat of a coyote or eagle ties my experience today with the people I study in history and myth.

In 1905, an ethnographer named George Dorsey collected and published the traditional stories of the Caddo people. These stories, along with traditional songs and stories still being passed down to new generations, add to my understanding of the Caddo Mounds site. As I make friends with the characters of traditional Caddo stories, my interpretation and presentation of this small piece of sacred land is enriched. And as I explore the mound site, I find myself looking for the characters in the stories I'm learning. Even a glimpse of one of the many deer who claim Caddo Mounds as home is a thrill.

From Chase Earles' website Caddo Pottery: History and Culture Past and Present

CADDO ORIGIN OF NIGHT AND DAY

In the beginning the people all lived in darkness. After a time they became dissatisfied and wanted light. They called a council to discuss how they could get light. Coyote was the first to speak, and he said: "We have had enough darkness; we must now have light. It is right that we should have both and not all darkness." There was a man at the time who was a prophet, and Coyote said they he appointed the prophet to investigate and see how the people might obtain light. The prophet thought over the question and then reported:

The people accepted the prophet's words and start out and hunted until they killed the black and white deer, and from that time we have had day and night.

I would encourage all of you, on your next visit to Caddo Mounds, to look beyond the wayside panels and mounds for the evidence of Mother Earth’s (Wa-da-t’-i-na) bounty, a gift that brought the Caddo, and all who followed, to eastern Texas.