The Story of Houston’s Third Ward and Emancipation Avenue 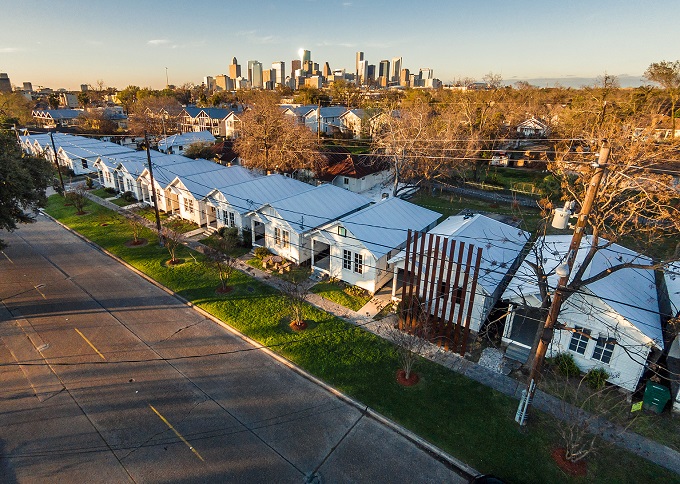 This summer, I was given the unique opportunity with the Texas Historical Commission to spend two months in Austin learning about the agency's different divisions and their roles. As part of the Preservation Scholars program, I visited all the divisions and saw how everyday people are working to curate and preserve our great state’s history for the public.

As a history major at the University of Houston and a born and raised Houstonian, the opportunity to work with the Texas Main Street Program on the history of Third Ward and Emancipation Avenue has been a life-changing experience to work with a community that is changing rapidly.

In my short time in Austin, I’ve been able to research and find over 2,300 unique businesses and residences along just 17 city blocks making up the Third Ward. Today though, the area is a shell of its former self.

The blocks that used to be home to thriving businesses and a vibrant community are empty now, and overgrown lots have no chance of telling the stories that were once housed there. This is where I come in, using cultural history as a catalyst to economically revitalize the neighborhood.

At the same time, I’m discovering more and more of the rich history of the neighborhood, and I’m starting to realize that Third Ward’s future is just as uncertain as my own. Not that it’s a bad thing. There is so much history and culture contained in the Third Ward, it’s inspiring me to go beyond just teaching history, but also working at becoming an active participant in the preservation of history.

The other three wards were centered on the bayous, industry, and an extensive railroad system that would see Houston nicknamed “Where Seventeen Railroads Meet the Sea.” In 1872, a couple of influential African Americans led by Rev. Jack Yates raised $800 to purchase four acres of land.

This land would become Emancipation Park, the site of annual Juneteenth celebrations commemorating emancipation from slavery. The location of Emancipation Park would mark the cultural home of African Americans in Houston. It is speculated that the city was not happy about this and renamed East Broadway to Dowling Street after Confederate hero Richard Dowling.

With that growth, businesses sprouted up and down Dowling Street. Community landmarks such as Yates High School, the Covington House, Wesley Chapel, and St. Nicholas were built either on or next to Dowling Street. 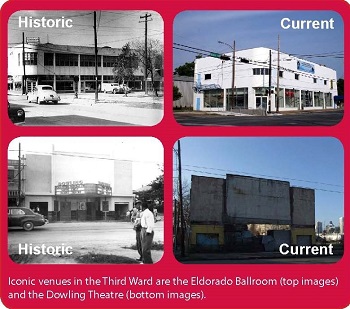 As the Great Migration was taking place and African Americans were leaving the South for better opportunities in the North, the Houston Chamber of Commerce took out advertisements for “Heavenly Houston,” declaring it a progressive city that was an excellent place for African Americans to create their future.

But African Americans were not just settling in Third Ward; Fourth Ward was home to the original Freedman’s town where even today, you can drive on the original handmade bricks laid by freed slaves. In 1866, the Fifth Ward was carved out of northern portions of First and Second Ward.

By the 1880s, the Fifth Ward became the first of six wards to be populated by a majority of African Americans. By the 1930s, it had a thriving black business district as well as containing the thriving Frenchtown, made up of Creole migrants from Louisiana after the Mississippi River flood.

Third and Fifth Ward became competitors in more than just location, but in high school football. At the height of its popularity, the annual Turkey Day Classic between Third Ward’s Yates High School and Fifth Ward’s Wheatley High School had over 40,000 fans packed into Jeppesen Stadium in 1961.

The pride felt by the Third Ward community of their crimson and gold is evident if you talk to anyone in the neighborhood. I had the opportunity to present my research before a group of community leaders representing various economic development corporations and other interested parties.

Just mentioning the Turkey Day Classic brought multiple laughs, cheers, and a comical inquiry about whether I knew that Yates won more games than Wheatley. Fifty years since the end of the last Thanksgiving Day game, and the rivalry is still alive and contested. It really taps into a primal feeling we can all relate to: pride.

As the saying goes, “it takes a village to raise a child,” and the Third Ward really took that message to heart. For 21 years, Principal William Holland not only taught kids academically, but also taught them how to be adults.

Principal Holland was the leader of Yates High School, having an influence on every student and parent from 7th to 12th grade. A lot of former students under Principal Holland still talk about the motivational speech he would give every morning over the intercom.

They also talk about how if you did something bad at school or in the neighborhood, it was not long before your neighbors and parents knew about it. I read several accounts of kids acting out and their neighbors being the ones to give them that first spanking before they told their parents. Everyone pushed the youth to become the best that they could be in an extremely difficult time to grow up.

During this time, Dowling Street became the center of the Houston Blues movement. The Eldorado Ballroom, the self-styled “Home of the Happy Feet,” featured artists like Ray Charles, BB King, as well as Houston natives Illinois Jacquet, Arnett Cobb, and Jewel Brown, all of whom went on to gain nationwide fame in the blues scene. 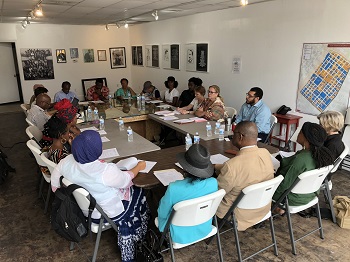 Up and down Dowling Street were nightclubs and venues where artists experimented and perfected their craft. Oftentimes, the artists’ first chance at playing an instrument was when their high schools implemented band programs. Visitors would travel from all over East Texas and Galveston for a night on the town in Third Ward. It was a place where they could have a fun night and leave with their heads held high.

The beginning of the end was actually a moment that should have been one of Third Ward’s greatest triumphs: the Houston Independent School District (HISD) finally decided to build a new Yates High School to replace the over-crowded facility.

When the new facility was opened in 1959, HISD moved the principal of Wheatley High School to Yates High School. The move destabilized both communities, as Wheatley High School lost one of its largest community activists to its local rival. Principal Holland was punished for his years of activism and standing up to the HISD administration.

In 1952, Jack Caesar became the first African American to stop redlining and bought a house in Riverside Terrace. Integration was in full effect. Wealthy and middle-class blacks started buying property all over town that they previously never had access to. By the beginning of the 1970s, the neighborhood was a shell of what it once was.

Businesses failed left and right, and people continued to move out of Third Ward. Today, in all of Greater Third Ward, approximately 33,000 residents remain. The rate of buildings being taken down outpaces anywhere else in the county. To the west, Midtown and the Medical Center have become the hottest markets in the Houston real estate, as more and more people move to the city and back from the suburbs.

Community leaders organized and started to take control of the future of their home. In 2009, a Texas Historical Commission subject marker was placed at Emancipation Park to commemorate its rich history. In 2013, over $33 million in private donations and tax dollars was raised to completely renovate and update the facilities of the park.

Today, the leaders in Third Ward are working with the Texas Main Street Program to find unique solutions to bring new businesses and developments that protect the rich history and heritage of Third Ward while preparing it for the next 100 years. Emancipation Avenue Main Street Program is a unique attempt at weaving communal heritage into a new physical fabric.

This blank slate given to the Third Ward community mirrors my own outlook on history and preservation. Before I started this internship, I was fairly certain I just wanted to go into academia, but as I began to think about how the Third Ward could leverage its history and its talents, all of my preconceptions about what I wanted to happen with my life fell away. 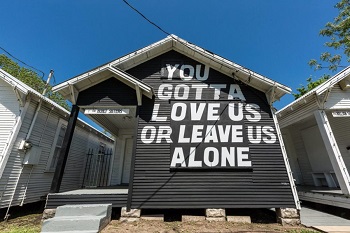 Studying and lecturing about history is a fine career path on its own, but without actively working to preserve that history, I would be doing a disservice to a community with which I feel a deep kinship.

There are leaders in the Third Ward community that I have come to really admire. One great example is Carrol Parrot Blue. She is an award-winning filmmaker, a research professor at the University of Houston, and a founder of the Friends of Emancipation Park.

Ms. Blue’s efforts have helped with the revitalization of Emancipation Park, as well as being awarded a National Endowment of the Arts grant for $100,000. The grant is being used to help renovate and reimagine Palm Center.

I think as I start to re-evaluate my own goals and future, people like Ms. Blue show exactly how you can use your talents to bring positive change to your community. That’s the interesting thing about Third Ward.

Despite its loss of historical fabric, the people it has inspired might be its greatest continuing asset. Tapping into that renewable resource will be vital for the Third Ward and energizing to someone like myself still trying to plot my path.