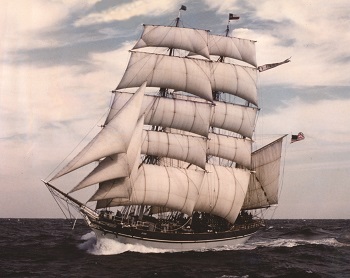 A fleet of historic and historically inspired “tall ships” will race along the Gulf Coast as part of the first-ever Tall Ships Challenge in Galveston April 5–8.

Galveston will host the first stop of the 2018 event by showcasing the island’s rich maritime history through ship visits and programs. While in port, the ships will be open to the public for viewing, and many will feature dockside exhibits and interactions with the crews. Visitors will also have the opportunity to embark on several of the ships for exhibition sails during the festival.

Participating ships include the Galveston Historical Foundation’s Elissa, an 1877 square-rigged iron barque, restored in 1982 and transformed into a floating museum that actively sails. This National Historic Landmark, docked at the Texas Seaport Museum, is one of only three ships of her kind in the world.

The Lynx was inspired by the original historic tall ship from the War of 1812—the Privateer Lynx. She was launched in 2001 in Rockport, Maine, and serves as a living history museum to educate visitors about American history through active sail training. 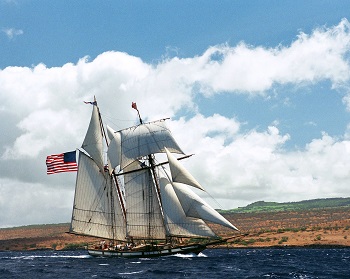 The Newport, Rhode Island-based Oliver Hazard Perry is the largest civilian Sailing School Vessel in the country and the first ocean-going full-rigged ship to be built in the U.S. in over 100 years. Named for esteemed U.S. Navy Commodore Oliver Hazard Perry (1785-1819), the namesake 200-foot long ship now hosts educational and team-building programs.

The Tall Ships Challenge, produced by the Galveston Historical Foundation in partnership with Tall Ships America, showcases the rich maritime history of Texas and international countries. Tickets, ship information, and event details are available at TallShipsGalveston.com.

In addition, the THC provides resources and documentation of the state’s historic vessels and shipwrecks as part of its Marine Archeology Program. Learn more about how the THC protects, preserves, and investigates historic shipwrecks in state waters.