A Texan on the Tuscania 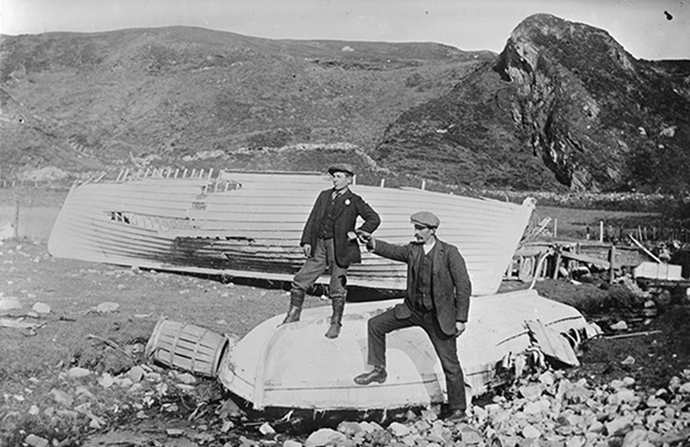 Irvin Sims was working at an East Texas sawmill when America entered World War I. He registered for the draft, and immediately departed for training and service at the start of the war. Sims would go on to serve in the 20th Engineer Corps until February 1918, when he and dozens of fellow Texans met an untimely death.

After training, Sims traveled to Hoboken, New Jersey, to board the transport ship Tuscania. The Tuscania left for Halifax, Nova Scotia, to join a convoy of 12 ships heading for England. It was transporting 2,013 American troops—mostly engineers with a specialty in forestry—to join the war efforts in Europe. Not two weeks after it set sail from Halifax, the Tuscania sighted the island of Islay near the coast of Scotland. It was late in the afternoon on February 5, 1918, when the ship was rocked by an explosion on its starboard side.

A torpedo from the German submarine U-77 struck the boiler room of the Tuscania, causing an immediate blackout and launching shards of wood and metal into the air. The Tuscania became the first ship carrying American soldiers to be sunk in World War I. Of the 2,013 soldier on board that night, more than 200 died. Forty-eight of those soldiers were from Texas, including Sims. 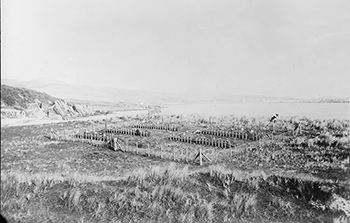 Most of the 200 servicemen who died that night were buried in temporary graves on the island of Islay. Many of the soldiers’ remains were later returned to their families to be buried in local cemeteries, or reportedly sent to Arlington National Cemetery. However, Sims and three of the other Texas soldiers were interred in a different location. The four bodies were sent to be buried at Brookwood American Cemetery in England’s Surrey County after their loved ones opted to have them interred and permanently cared for overseas once the war ended.

“At Brookwood Cemetery there are five Texans who died in Islay, Scotland, in 1918—four off the ship Tuscania, and one American off the HMS Otranto,” said cemetery Superintendent Craig Rahanian in a recent interview with the Texas Historical Commission.

Rahanian adds that Brookwood American Cemetery was already serving as a temporary burial site for soldiers who died off the western coast of England during the war, but was later selected as the grounds for a permanent cemetery and memorial to soldiers who died in the British Isles.

According to the THC’s Military Sites Program Coordinator Lila Rakoczy, Sims’ legacy is also honored locally in Houston County, where he worked before shipping out overseas. Along with nearly 30 other Texans, his photo appears in a display dedicated to Houston County heroes who gave their lives in the Great World War.

The American Battle Monuments Commission (ABMC) installed permanent headstones at Brookwood American Cemetery and later constructed a chapel to honor the soldiers whose remains were never recovered. The ABMC dedicated Brookwood in 1937, and it continues to serve as a memorial to the fallen troops of World War I. 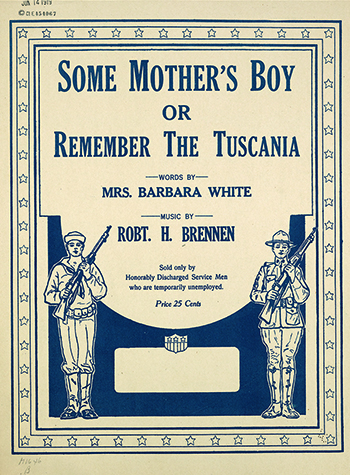 On May 4, 2018, the community of Islay in Western Scotland will honor those lost aboard Tuscania and HMS Otranto. The Scottish government and WW100 are overseeing the commemorative event, which includes performances by local choirs and bands, the sharing of stories, and a wreath-laying at the nearby American Monument, built by the Red Cross in 1920. For the ceremony, Islay quilters are recreating the Stars and Stripes, which was hastily created by local seamstresses for the funeral of the American Tuscania victims. The original flag was presented to President Woodrow Wilson and later donated to the Smithsonian.

For those interested in learning more about First World War naval history, there’s a great resource closer to home: Battleship Texas State Historic Site in La Porte. Battleship Texas saw action in both world wars and features permanent displays on its history and the growth of U.S. naval sea power in the 20th century.

Beginning March 1, visitors will be able to see a remarkable temporary exhibit, The War Illustrated: Scenes from the Great War. Using images from a British war magazine of the same name, The War Illustrated offers a unique visual glimpse into World War I. To learn more about the THC's commemorative efforts, visit the agency's Texas in World War I page.

This article was originally published in the Winter 2018 issue of The Medallion.