Texas Country Reporter at 50: Q&A with Bob Phillips on "A Good Long Drive" 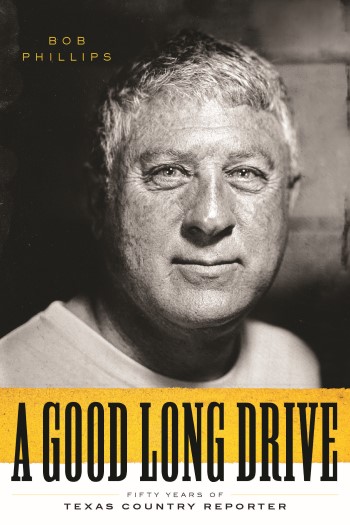 The weekly television program Texas Country Reporter has been highlighting the people and places of rural Texas since 1972. To coincide with its 50th anniversary, host and producer Bob Phillips has released the memoir, A Good Long Drive: Fifty Years of Texas Country Reporter. We caught up with him recently to get some of his tried-and-true road trip tips and learn about some of his favorite stories and places to visit.

You’ve logged quite a few miles on Texas roads. Do you have any tips for visitors to Texas who are unaccustomed to the long drives?

I actually titled my book A Good Long Drive for obvious reasons, but long drives are part of our Texas culture. I feel like every fence post and county road tell a story, framing the landscape and embracing the horizon. So, my tip is simply “don’t be in a hurry because it’s true what they say about the journey being the destination.” More than once, we’ve been late to a destination because of something seemingly mundane we’ve spotted along the way and stopped for a quick visit or closer inspection. I guess we should have a bumper sticker that reads “we brake for sunsets and soaring birds.”

Having dedicated a career to capturing the extraordinary stories of ordinary Texans, if you could put one of these less-famous folks on a dollar bill, who would it be and what’s their story?

You don’t really want me to narrow it down to just one, right? How could I do that? Why not ask me which child I love most? So you’ll get two. First is Milton Watts, the Piney Woods poet who grew up where Lake O’ The Pines is now. That was before the Army Corps of Engineers flooded the land to make the lake, leaving Milton with a fishing camp instead of his family’s farm that was once there. What’s he do? He starts writing poetry, and I’m not talking “I love you. You love me. Oh how happy we can be.” I’m talking classic poetry, the kind that people spend their entire lives trying to master. His poems tell the stories of his people and the land. Second would have to be Herman “Train” Gates of Carthage. Train worked at the school as a janitor or something, but in his spare time he fixed the neighborhood kids’ bikes—for free—and dispensed wisdom to anyone who would listen. He was a great man who had no idea he was great. And the nickname? Because he could cup his hands around his mouth and make a sound like a train whistle. Milton and Train. It would be a great dollar bill.

I have a calmness that comes over me in a small town. I’ve always envied those folks, especially when we’re loading up to go home. There are times I wish I could just stay. My folks were from a tiny place in North Texas, and it seems I’m lucky enough to have those memories—memories that tug at my heartstrings when we’re in a small town. Sometimes in movies and television I hear people depicting small-town residents as uneducated or simple-minded. That bothers me. I have found more wisdom from folks in small towns than anywhere else. Those are people who don’t need the trappings of the big city to complete them.

Have you ever stumbled on interesting chapters of history by way of your encounters with ordinary Texans? Which lesser-known chapters stand out and what would they add to our understanding of Texas history?

Over the last 50 years there’s been so much. Walking along the Padre Island National Seashore 60 miles down at the land cut and hearing about the loss of the Spanish ships in 1554 carrying tons of silver and gold—treasure that still washes up on shore after so many years. It was the greatest disaster to befall the Spanish fleet in the New World.  It’s hard to look at the winding Red River and not think about President Thomas Jefferson sending the Freeman-Custis Expedition to Texas, an expedition vastly overshadowed by Lewis and Clark, and a heroic effort few Texans have ever heard. It’s unfortunate Goliad doesn’t get the attention it deserves. To walk the grounds and hear the story of those men who were rounded up and slaughtered just after the Alamo fell is a sobering experience. The same is true with the town of San Felipe and the story of how the residents burned their town to keep the Mexican army from occupying it, an event that led directly to Santa Anna’s defeat at San Jacinto a few days later.

I love to show people a tiny, overlooked error in the Texas state line, one that hasn’t been settled even after so many years. Take a close look at the northwest boundary of the Texas Panhandle. If you’ll notice, there’s a slight jog to the left along what is supposed to be the 103rd meridian. It seems the surveyor made a mistake, a mistake that gifted Texas an extra 942 square miles, a mistake that has been wrestled over with New Mexico since 1910. These are examples of Texas history that still live today, places where you can stand and absorb the story for yourself. I could go on and on and on and on.

There is no shortage of highways and interstates in Texas, but you’ve spoken of your fondness for back roads. What are some of the best back road detours you would recommend to see Texas off the beaten path?

We could fill up a book with this one. After the interstates came in, so many U.S. highways became back roads. US 90 from Del Rio to Van Horn is hard to beat, as is US 83 from Brownsville to Perryton, but it requires several days and an ambitious itinerary. There are smaller roads like the River Road 170 from Study Butte to Candelaria, SH 87 from Orange to Center, FM 303 from Sundown to Sudan, the SH 290 loop through Sheffield off I-10, and US 377 from Junction to Rocksprings—the list goes on.

Do you have a favorite historic site or small-town history museum from your travels across the state? 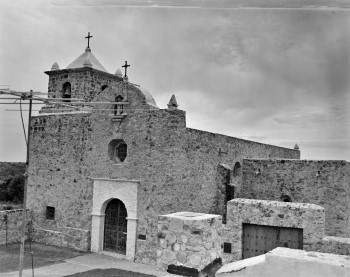 It should be required for every Texan to visit the Presidio La Bahía at Goliad. You can even spend the night inside the sacred walls where the echoes of a brutal historic tragedy have been preserved. The Panhandle-Plains Historical Museum in Canyon is world-class in every way. You’ll see what I mean when you get there. The adobe ruins of the old Catholic church in Ruidosa (Far West Texas), Salado’s Stagecoach Inn, the Presidio de San Sabá outside Menard is a hidden gem, especially at night. Seminole Canyon State Park and the visitors center near Langtry offer walking tours of the ancient pictographs. History is meant to be felt, heard, touched, and seen, and Texas has so much depth to her storytelling past.

We’re lovers of artifacts around here. So, if someone were to create a museum exhibit about your long and eventful career, what would be the one artifact that would encapsulate it?

It would be great if someday some archeologist was digging in the earth and found the first van we used to travel the back roads and film the show, and inside would be my old Bell + Howell Filmo 16mm movie camera. Today, everything is digital and high definition, but I would gladly return to the days when I wrote the show on an old Royal manual typewriter, back before the Internet, social media, and cell phones. I liked the simplicity of those times and how real things were. But if I wanted someone to find something that really means something, that makes a statement, it would be the 14-inch strand of rusted and brittle barbed wire given to me by an Italian prisoner of war who returned to the camp near Dimmit, 50 years after he was held captive during World War II. That was a profound moment, indeed.

As you look toward the next 50 years, what parts of Texas are you most excited to explore more of?

This will come as a surprise to some folks, but we’re really not in the business of exploring Texas. Our passion is seeking out the ordinary folks that, over the years, have made our television show so special. It just so happens these people are often found in so many interesting places that, yes, sometimes the location does become part of the story. Maybe the people and the culture of Texas are a direct result of the landscape, the horizon, and the vastness of this great state, and as long as we have wide open spaces, there will always be that sense of untarnished optimism and genuine human spirit. And as long as they keep making more people, we will never run out of stories. 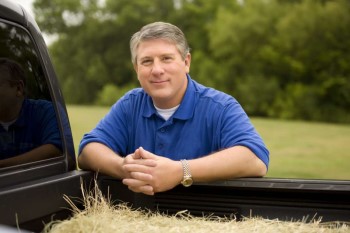 Favorite gas station snack: Peanut butter crackers! Sometimes the sun goes down and we realize we missed lunch. You’d be surprised how good peanut butter crackers taste after a long day and another long drive. The glove box has a package of those as we speak.

Favorite album: I love music, especially anything on the Windham-Hill label, but we don’t listen to music much at all. Sounds strange, but I love to drive with the windows down and in my mind replay an interview over and over again. There’s nothing better than finishing working on a story, loading up exhausted and hungry, rolling down the windows, and just driving—while trying to hold on to that feeling of being with another person who makes Texas such an incredible place.

Best Diner Coffee: Truth is, I don’t drink coffee, but I appreciate “coffee culture” and I love the smell. If I did drink coffee, I can tell you that I wouldn’t care much for coffee in a paper cup. I would want a good old ceramic coffee cup and saucer, the likes of which you get at the Koffee Kup in Hico, the Dixie Pig in Abilene, the Bluebonnet in Marble Falls, Isaack’s in Junction, and dozens more little hole-in-the-wall diners across Texas.

Favorite Roadside Texana: I love the Silver Falls Roadside Park outside Crosbyton. It’s the largest roadside park in Texas, and a beautiful place to just sit and enjoy the view.

Essential Road Trip Gear: Camera gear, comfortable shoes, sun block, bug spray, road map (yes, a good, old, folded paper map) and most importantly, an open mind. Unexpected sight-seeing along the way, for sure. That’s how we originally found the Regency Bridge. It’s also how we found many stories throughout the years.

Special Tip: Drive to Roosevelt (west of Junction) and stop in for a hamburger or chicken fried steak at the Back Door Restaurant (in the back of the old mercantile building). Then, take County Road 260 west with the windows down, all the way until you hit pavement again. Turn around and come back the same way. Then you’ll know how we feel every time we do what we do here at Texas Country Reporter.