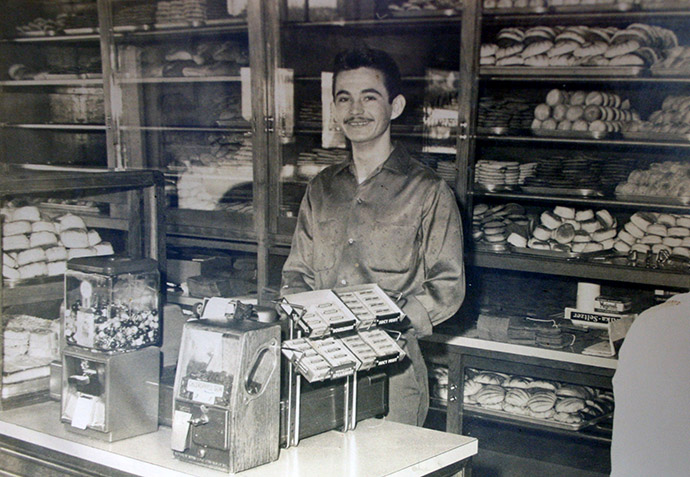 This article originally appeared in the Winter 2012 issue of The Medallion.

By Andy Rhodes, Managing Editor of The Medallion 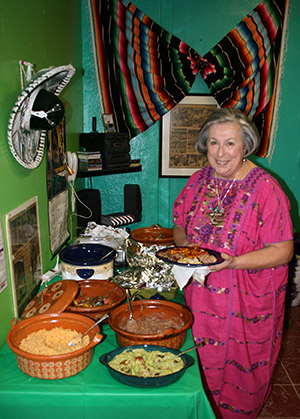 Culinary customs are often a matter of taste, but temperatures may rise when opinions differ about the proper “traditional” approach.

Take, for example, the modest molcajete, a staple in kitchens of South Texas’ Rio Grande Valley. The customary Mexican mortar and pestle, a stone tool used for grinding ingredients dating to the Aztecs of 4000 B.C., stirs up good-natured disagreements among an assembled group of Cameron County historians and regional food connoisseurs.

“My grandmother taught us how to cure the molcajete with grains of uncooked rice—you have to grind them into the stone just right to make sure it’s smooth and ready,” says Sandra Maxwell. “My sister and I fought over who would get our family’s molcajete. Just talking about it makes me think of the sound of peppercorns breaking.”

Gloria Escareno responds, “Our family in Mexico was very poor, so the only thing we had to cure our molcajete was corn. My grandmother would smash it into the inside of the bowl and toss the powder aside. That’s the best way to do it.”

Regardless of the curing approach, the group wholeheartedly agrees that a molcajete is the only effective way to prepare traditional Mexican spice blends, typically including cumin, pepper, and garlic. Although a blender or food processor would be quicker and easier, the time and effort needed for the old-fashioned approach is worthwhile due to the resulting fresh and bold flavors.

Brownsville resident Isabel Vezetti and her husband Bob, a former vice chair of the Cameron County Historical Commission, have witnessed an upswing in the region’s draw as a culinary destination. As a coordinator of Brownsville’s annual Charro Days cultural festival, Vezetti notes the food tents and booths are continually expanding and drawing enthusiastic crowds.

“People always talk about the food and which booth has the best dishes or most authentic preparation,” she says. “The whole culture around here is so intertwined with food—it’s just amazing how important it is.” 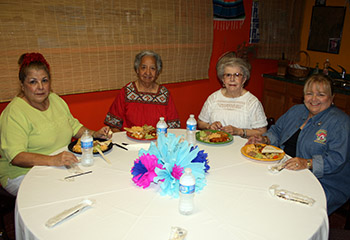 Indeed, the gathering of historians and culinary experts reveals the strong connection between heritage and food. Each person in the group references their grandmother’s cooking and recipes that date back multiple generations to Mexican homesteads. When asked about documented family recipes, most of the group members shake their heads and smile knowingly.

“I don’t have a printed recipe that’s been passed along through the years because it never had to be written down. We just grew up making it, so we knew it by memory,” says Magdalena Alcala. “We never went to the fancy stores to buy measuring cups and special tablespoons or teaspoons. We just put the ingredients in the palm of our hand  and knew how it looked by eye.”

Maria Enriqueta Yzaguirre agrees, adding, “You just go by look and feel  and color. My grandmother always started  with pinches of ingredients, then tasted  to see if it needed a little bit more—you can always add something, but you can’t always  remove it.”

Discussion turns to traditional dishes and memorable family meals. Favorite regional recipes passed down through the generations include barbacoa (meat from different  portions of a cow’s skull, roasted in an earthen pit to maximize tenderness and flavor), enchiladas (with a hearty red sauce created from an ancho chile pepper and corn tortillas dipped and rolled with cheese), and chiles rellenos (meat, potatoes, vegetables, and raisins stuffed in a poblano pepper, a tradition traced to the Spanish colonial era).

Though most of the recipes associated with these traditional foods and regional Tex-Mex restaurants can be traced to Mexico, a Rio Grande Valley original is on the menu at many Mexican-based eateries. According to Texas food expert Robb Walsh, fajitas originated in the Valley and came to prominence when Mama Ninfa added them to the menu at her namesake Houston restaurant.

In his influential Tex-Mex Cookbook, Walsh recounts Ninfa claiming fajitas were an old family recipe adapted from grilled meat from their backyard grill in the rural Valley and served with flour tortillas and condiments. Walsh also documents Pharr’s Round Up Restaurant as the first venue to serve fajitas as a menu item nearly 40 years ago, with the name derived from the Spanish word faja, meaning belt (referencing the flank steak). 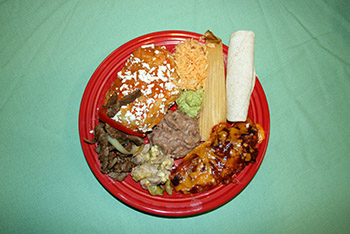 A discussion of traditional Rio Grande Valley foods would be incomplete without mentioning tamales. The savory corn masa-based items date to the Mayans circa 1200 B.C., and generate animated discussion about the customs and procedures involved with their preparation.

Although specific methods of gathering and organizing ingredients can vary slightly by family, most agree about the basic method of preparation and the importance of having a system in place with different people—typically grandmothers, mothers, and aunts—filling roles in an assembly-line process.

Nostalgic stories and knowing laughter emerge when discussing details such as effective silk removal from the corn husks (“I’d get in trouble if someone thought there was a hair in one of the tamales”), testing if a masa ball will float in water, and its readiness as a cooked gordita (“That’s my favorite part of the entire process: it’s the best thing I eat all year”).

“It’s an art—everyone has a specialty skill, and grandmother has the final quality control,” says Vezetti,  adding that up to 100 dozen tamales can often be made over three days. “It turns into a party, a real ritual with music playing and 25 or 30 people in a house dancing around and gossiping.”

Alcala agrees, adding “The experience is just so fun of having everybody in a room, doing a traditional activity, working on food together. It’s a very important family tradition for all of us.” 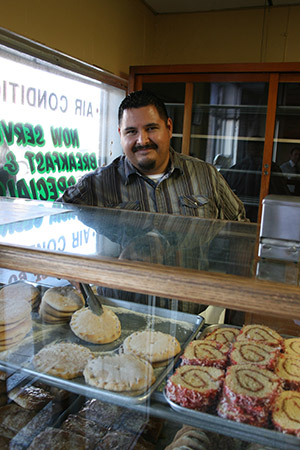 EATS IN THE VALLEY

Demographic reports indicate 89 percent of Valley residents claim Hispanic heritage, so it’s not surprising that many restaurants in this region specialize in Mexican and Tex-Mex food. Although the vast majority are newer establishments or even decades-old local chains, several restaurants have stood the test of time and can officially claim historic status.

One of McAllen’s most beloved Hispanic restaurants is Rex Café, which opened in 1947 in the city’s then- segregated Mexican-American district. It has since thrived as a community stalwart under the original family’s ownership. Generations of customers’ lives have been intertwined with Rex Café, with regular visits for the bakery’s delectable pan dulces and hearty huevos rancheros. One of the café’s specialties is the borracho, a grilled roll topped with refried beans, cheese, and vegetables or meat.

“This is a true family establishment—people celebrate milestones here because it’s a natural place to meet up and enjoy time together over their favorite food,” says owner Baldamar Guerrero Jr., whose uncle was the café’s founder. “Everyone knows each other—they even go to the weddings and funerals of other customers. Everyone knows the waiters, too. One has been here 35 years, another 25 years. It’s like one big connected family.” 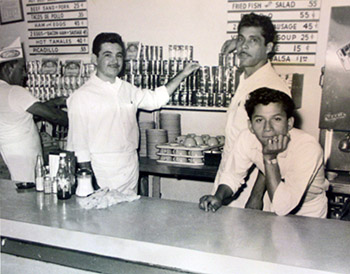 Guerrero adds that the consistent approach has been important to the café’s success. Most of the recipes haven’t changed in 65 years, and he has continued his family’s policy of learning “from the bottom on up.”

“All of us started working here as dishwashers, mopping floors, waiting tables, and cooking,” he says. “My son is 5 years old, and he might be the next generation to run the restaurant some day. He likes coming in here and talking to the customers. He’s a real natural.”

Sixty miles east in Brownsville, The Vermillion boasts a 75-year tradition of serving regional cuisine to similarly loyal customers. Although the restaurant isn’t exclusively Tex-Mex, many of the Mexican-inspired dishes have been served for nearly 50 years. The Vermillion was in an isolated rural area when it opened in 1937, and photos from the era advertise the kitchen’s tacos and grilled meats. 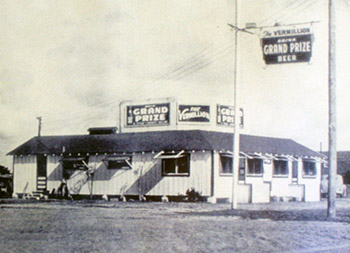 “It was sort of the Wild West out here, so Mr. Vermillion carried a pistol in his belt just in case things got ugly,” says Dan Davidson, the restaurant’s longtime owner.

Davidson’s father bought the Vermillion nearly 50 years ago, and the restaurant still uses his savory enchilada recipe, which features the authentic chile con carne flavor from freshly ground ancho peppers. Davidson claims the dish is so popular that customers have craved it for decades and found it exactly as they remembered.

“We haven’t found it necessary to change most of our recipes, so we don’t,” he says. “We’ve made a living off of our good hospitality and food, and I’m proud to say The Vermillion is an important place in the lives of many Brownsville residents.”

Brownsville is also home to several authentic tortillerias, where visitors can order a stack of freshly made tortillas and sample traditional regional food like carnitas or barbacoa. Notable options include Capistran Tortillas and Chuy’s Super Barbecue & Tortillas. For those in search of genuine Mexican-inspired food like chiles rellenos and cheese enchiladas, consider visiting nationally recognized Vera’s Backyard Bar-B-Que or Mi Torito.

For information about other heritage tourism opportunities in the area, download a free copy of the THC’s Texas Tropical Trail Region travel guide.