Triumph and Tragedy on the Early Texas Frontier 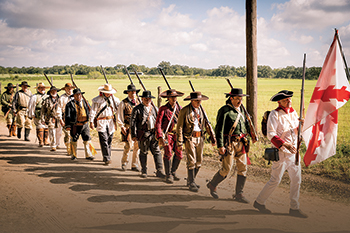 Almost forgotten by generations of Texans, the 1813 Battle of Medina was the fierce and bloody climax of the first Texas war for independence. The battle—which took place in modern-day Atascosa County—pitted Tejanos with their American Indian and Anglo-American allies against an overwhelming Royalist Spanish army. Some historians have noted it was not only one of the largest land battles fought west of the Mississippi River, but that the size of the Spanish army exceeded that of the Mexican army that attacked the Alamo in 1836.

From a different perspective, some historians have indicated the battle was the inevitable continuation and extension of rebellions against foreign Spanish rule across Mexico and Latin America. Other historians have hinted at the subtle influence from the neighboring United States and its sweeping policy of Manifest Destiny. 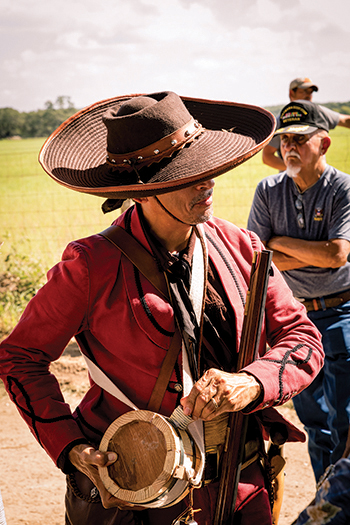 “Equally important but poorly recognized in Texas history was the wave of tragic consequences that followed the Spanish victory,” says Al McGraw, a regional historian. “Those effects altered the subsequent history north of the Rio Grande. The same effects also created a pivotal moment in time that changed the direction of San Antonio’s tricentennial history.”

“Elizondo’s force was seen, causing panic among the inhabitants,” McGraw explains. “As a result, the Republicans marched to meet the enemy on the banks of the Alazán. The battle was a decisive victory for the Republicans, and the Royalists retreated across the Rio Grande to report the defeat to General Arredondo.”

Arredondo, with Elizondo and an army of nearly 2,000—including young Lieutenant Antonio López de Santa Anna—marched from Laredo to San Antonio. A spy company discovered Arredondo’s army on the Frio River, approximately 50 miles south of San Antonio. To spare the homes and families in San Antonio, the Republicans marched south to meet the enemy. 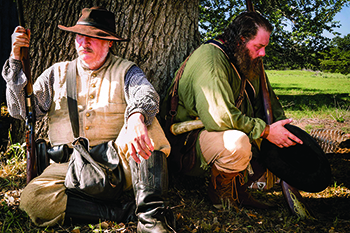 The four-hour Battle of Medina, also referred to as La Batalla del Encinal de Medina, ended the Gutiérrez-Magee Expedition along with the first Republic of Texas, declared in San Fernando de Béxar four months earlier. The battle resulted in the death of some 1,400 Republicans, many of their bodies left on the battlefield until 1822. That year, the first governor of the State of Texas under the newly established Republic of Mexico, Félix Trespalacios, ordered a group to gather the bones for an honorable burial. An oak tree once marked the site of the mass grave.

Although thousands of men were engaged and over 900 Spanish cannon shots were fired, the lack of extensive archeological evidence has precluded the identification of the exact battle site. To date, the location is still “lost” along the dim trail of the Old Laredo Road between the banks of the Medina River and the historical Atascosa sands.

Atascosa County residents and local historians have long recognized the battle as an important part of their history. In 1985, the publication Forgotten Battlefield of the First Texas Revolution: The Battle of the Medina, August 18, 1813 by Ted Schwartz and Robert H. Thonhoff, served as a catalyst in recognizing its inter-regional and statewide significance. 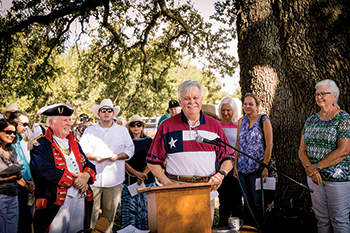 The first formal Atascosa County event to commemorate the battle was held in 1988. Since 2000, an annual event has been held, and in 2005 an Official Texas Historical Marker was placed to honor the battle’s history. In 2017, Atascosa County co-sponsored the event with the neighboring Medina County Historical Commission. Atascosa County Judge Robert Hurley has traditionally opened each event with welcoming remarks.

In addition to the morning’s commemorative activities, led by Tom Green of the Texas Society Sons of the American Revolution, the annual event includes an afternoon symposium of speakers. The Texas Historical Commission’s Military Sites Program coordinator typically participates in the annual event.

The symposia have evolved to include a wide range of topics presented by university historians, archeologists, archivists, and other researchers from Texas and Louisiana.

For more information, contact Barbara Westbrook of the Atascosa CHC.