The Value of Volunteers 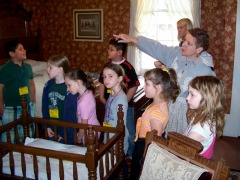 As an outreach coordinator for County Historical Commissions (CHC), I work with volunteers every day. That’s why National Volunteer Week (April 21–27) is so important to both me and the Texas Historical Commission (THC), which works with an army of passionate volunteers throughout the state. CHCs are comprised of unpaid volunteers who have accepted the role of being stewards of their county history. They, along with a host of other preservation volunteers, make history come alive and mend our collective historic fabric.

In my free time, I volunteer for a variety of causes because I recognize the essential value of collaborative efforts to make a difference. By donating our time, we become part of the discoveries and solutions that make our world a kinder, better place. Here are five things we can accomplish by volunteering:

Achieving results in historic preservation typically occurs when resolute individuals come together with a shared vision. Through their efforts, these volunteers illustrate how revitalizing downtowns, interpreting history, and creating experiences with historic places, has a positive effect on the way people respect others and care for their community.

During National Volunteer Week, we applaud the many individuals and organizations that step up to face the challenges of our communities. Here are some volunteer examples involving CHCs and other valued partners; this information was taken from reports documenting 2012 CHC service, which were submitted to the THC.

We join our strengths to those of our neighbors to achieve more and better results. 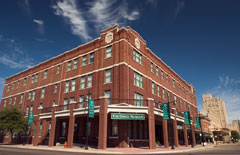 The Taylor County Historical Commission works hand-in-hand with the Abilene Preservation League (APL). The difference between the two groups is that the APL can raise money as a private group, whereas the CHC is a governmental subdivision. Donations from local organizations help the APL fund major projects (e.g., buying buildings, homes, and businesses). The Taylor CHC provides input on events to support worthy projects throughout the county.

Taylor CHC appointee Jay Moore received an APL grant to research and present a DVD on Camp Barkeley, a World War II-era Army camp in Abilene. Two local museums were also involved. A DVD presentation was made at The Grace Museum, and the 12th Armored Division Memorial Museum brought artifacts, cars, and uniforms to the event. All of the local historical groups were involved and worked well together.

We address needs, rather than defer or forget them.

The Jim Hogg CHC has significantly improved community outreach to adults and young people. 2012 was a planning year for the CHC in preparation for the county's centennial anniversary in 2013. The CHC created a website, held community meetings, and participated in community events and festivals by sponsoring exhibits and informational booths related to area history and upcoming events. The CHC also developed banners, posters, and a calendar of events to inform the public of future activities. CHC appointees wrote articles related to area history and culture, which were published in local newspapers each week. They also met with the local school superintendent and principals to form partnerships to promote youth involvement and appreciation of local history and historic landmarks. As a result, local students and educators were involved in the plaza dedication ceremony and other activities.

Throughout 2012, CHC appointees, in partnership with the local Museum Foundation of Hebbronville, expanded office hours to accept articles and photos related to the history of the county. Community members were invited to participate in a local documentary by providing interviews and oral histories. County commissioners and others were involved in the making of the documentary. Through these improvement efforts, the Jim Hogg CHC has created renewed awareness and appreciation for the local heritage and culture within the community.

We demonstrate our care and concern for people and things beyond ourselves.

The Mason CHC has been working with local cemetery associations to secure historical markers. The CHC has provided information to several of the groups, which will hopefully result in future Texas Historic Cemetery designations in the county. CHC appointees are currently working on three cemeteries that do not have associations to oversee maintenance. The CHC had a very successful cleanup of the Simon Cemetery, and will schedule the Todd Mountain cleanup in the near future. The CHC has been working on the Old Pontotoc Cemetery for the past two years. Unfortunately, the cemetery had not been cleaned since the 1970s. Since that time, feral hogs have wreaked havoc by knocking down and breaking tombstones, and leaving many large holes in the ground. The Mason CHC was able to raise enough money for fencing to keep the hogs out and have had several clean-ups over the past two years. The CHC intends to complete the cleanup and apply for a THC historical marker for the site, since the pioneers of the town of Pontotoc are buried on the property.

We show respect for the public domain in which we partake. 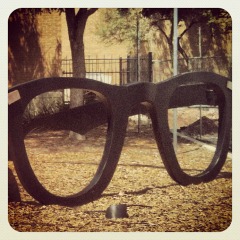 The Lubbock CHC partnered with several entities for the historical marker dedication for the Cotton Club, a music venue established in the 1960s in Lubbock County. Tommy Hancock was an early owner of the Cotton Club and hosted musicians such as Elvis Presley and Buddy Holly. Last September, Tommy and wife Charlene were inducted into the Texas Walk of Fame as part of the Lubbock Music Fest. The Lubbock CHC partnered with the Buddy Holly Center, Civic Lubbock, and other sponsors to incorporate the marker dedication into this larger event. Since the marker location at the site of the Cotton Club was remote, a large photographic replica of the marker was made and the unveiling ceremony was held at the Buddy Holly Center, across from the Walk of Fame. CHC appointees produced and distributed a brochure to attendees that included historic photographs and a map to the marker site. Inductees received framed photos of the marker. The publicity for the music festival and Walk of Fame induction included mention of the Cotton Club marker and its installation by the Lubbock CHC. Approximately 250 people attended the marker unveiling, and Tommy Hancock carried home the replica.

We enrich our lives and the lives of others. 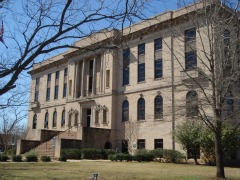 Burleson County Heritage Week has been held each March for the last 10 years to celebrate the county's birthday. The Burleson CHC works with the City of Caldwell and area schools to organize a tour for students through four museums and other points of interest in town. The Czech Heritage Society opens the Czech Museum, the Historical Society opens the Kraitchar House, and kids tour the county courthouse, which provides a series of rooms for the county museum. CHC appointees provided handouts for students in Caldwell, Somerville, and Snook, in addition to church schools. Since the CHC was working on locating schools in the county, they chose a celebration theme of "School Days," which generated much interest from the public. CHC appointees showed the kids old school desks and lunch buckets, along with photos of one-room schools. The CHC posted photos of historic county schools on its Facebook page and received a great deal of coverage in the local newspaper. CHC appointees shared duties, gave tours, and volunteered at various tour locations. The CHC extended hours for the county museum during Heritage Week for the students and other visitors who were pursuing personal research. This annual event has proven to be one of the Burleson CHC’s best public outreach projects.

We salute the many volunteers who not only support the work of the THC, but also make invaluable contributions to preserving local history and places. Join us in celebrating the volunteers that make a difference in your community. Learn more about National Volunteer Week and download a free 2013 Resource Guide.