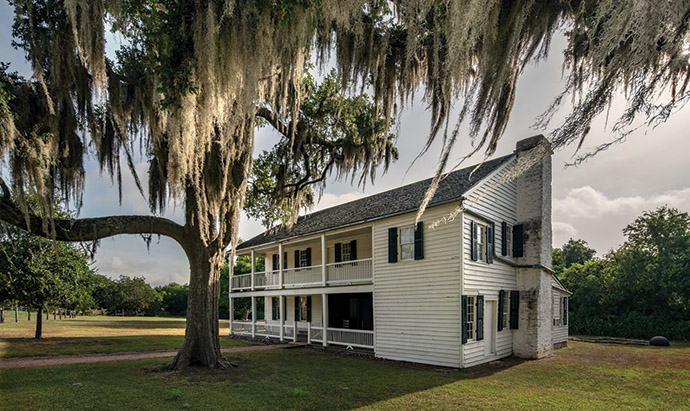 Texas’ Republic-era past takes center stage with the Texas Historical Commission’s (THC) recent acquisition of nine state historic sites. The sites’ legislative transfer from the Texas Parks and Wildlife Department became official on September 1, 2019, increasing the THC’s operation of historic sites across the state from 22 to 31.

Agency officials celebrated the new sites as a prominent way to enlighten residents and visitors about the Lone Star State’s mid-1800s heritage. The sites include San Jacinto Monument and Battleground in La Porte, Washington-on-the-Brazos, Barrington Plantation, and The Star of the Republic Museum in Washington, Port Isabel Lighthouse in Port Isabel, Kreische Brewery and Monument Hill in La Grange, Fanthorp Inn in Anderson, and Lipantitlán in Sandia.

“We’re very excited to bring these new sites on board—they’ll be a great complement to our existing historic sites family,” said Mark Wolfe, the THC’s executive director. “We appreciate the stewardship provided by Texas Parks and Wildlife, and we’re looking forward to taking these sites to the next level by telling their real stories to Texans and heritage travelers.”

All the new sites have ties to the mid-19th-century Republic of Texas era, but two have direct connections with this illustrious period of the state’s history: San Jacinto Battleground and Washington-on-the-Brazos. 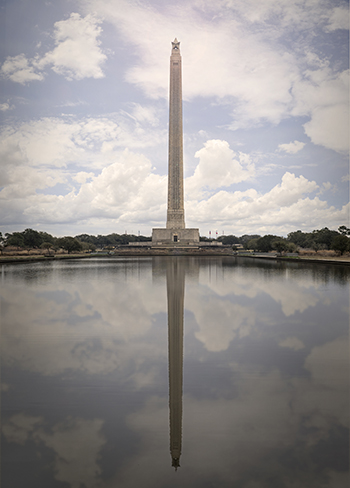 After driving through miles of surrounding petroleum plants, visitors to San Jacinto Battleground encounter the welcoming beacon of Texas independence, represented by a remarkable 570-foot-tall monument. In true Texas style, the limestone edifice honoring the site of Texas’ decisive victory over Mexico was deliberately designed 15 feet taller than the Washington Monument.

The 1,200-acre site preserves and interprets the legendary battleground where Texians defeated the Mexican Army in an 18-minute battle on April 21, 1836. The monument—topped by a 34-foot star symbolizing the Lone Star Republic—also features an elevator ride to the observation deck, a 490-foot-tall vantage point offering stunning views of the battlefield, reflecting pool, and nearby ship channel. The adjoining San Jacinto Museum of History contains nearly 45,000 artifacts and writings spanning 400 years of Texas history.

The stately oak trees gracing the grounds of Washington-on-the-Brazos are a testament to the site’s noble heritage. It’s easy to imagine the fathers of Texas gathering beneath the shade of these outstretched trees while forging the principles and documents that would define the Republic of Texas.

These ideas were officially set in place at the site’s Independence Hall, where 59 delegates signed the Texas Declaration of Independence on March 2, 1836. A 1971 replica of the hall gives visitors a sense of the era’s vernacular architecture and Texas’ humble beginnings. The town of Washington, which hosted the last Congress of the Republic of Texas, grew to become a modest community of 1,700 with riverboat trading on the nearby Brazos River. It later declined in population, and its buildings were eventually dismantled and lost to a wildfire in 1912. 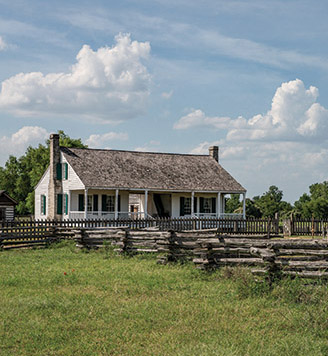 During Texas’ 1936 centennial year, the state added acreage to Washington-on-the-Brazos and moved the home of final Republic of Texas President Anson Jones to the site. Now known as the Barrington Plantation, the property serves as a living history farmstead. Visitors can interact with historical interpreters in period costumes and witness daily life on the 1850s frontier by experiencing crop harvesting, meal preparation, and livestock care.

THE STAR OF THE REPUBLIC MUSEUM

In addition to the sites’ transfer, the THC will also manage Washington-on-the-Brazos’ Star of the Republic Museum, effective January 1, 2020. The star-shaped facility showcases the history of the Republic of Texas and social heritage of area inhabitants from American Indian tribes to settlers of the 1800s.

The stunning view atop the bluff overlooking La Grange sets the stage for the historically significant stories commemorated at Monument Hill. Similarly captivating is the 48-foot-tall shellcrete monument erected by the Texas Centennial Commission in 1936, which honors dozens of men who died in two separate military events in the 1840s—the Dawson Massacre and Mier Expedition.

Both events are tied to disputes with Mexico over the area between the Rio Grande and Nueces rivers, which the Republic of Texas attempted to control following its independence. In 1933, a large crypt was placed at Monument Hill/Kreische Brewery containing the remains of victims from both incidents. 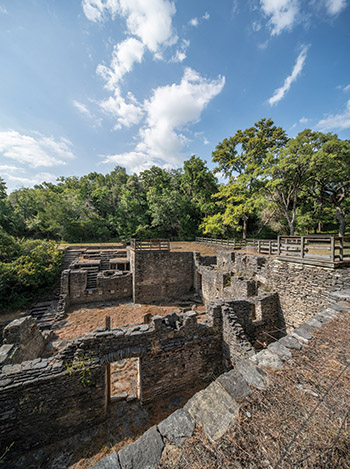 Just outside the Main Street community of La Grange are the ruins of the once-prosperous Kreische Brewery. The site tells the story of German stonemason and brewmaster Heinrich Kreische, who purchased 172 acres on a bluff overlooking the Colorado River in 1849. Six years later, he was awarded the design and masonry work for the Fayette County Courthouse, giving him the financial means to construct the brewery.

At one time, Kreische Brewery was the third-largest operation in the state. Its gravity-based system used a natural spring, which moved downhill through a series of engineered stone filtration systems toward the brewhouse. When a new batch of lager was ready, Kreische would raise a flag high on the bluff to announce its availability.

Built in 1834 by English immigrant Henry Fanthorp, this historic structure once hosted Sam Houston and Zachary Taylor during the Republic of Texas era. It remains a charming historic building with solid timber craftsmanship and furnished rooms offering a glimpse into life on the Texas frontier 170 years ago.

The La Bahia trail passed by the inn, bringing visitors via stagecoach and horseback. Fanthorp was admired for his business acumen—charging $2 per guest and running a profitable agricultural enterprise with sheep and corn. The arrival of railroads caused stagecoach traffic to decline, prompting the inn to close in 1868. 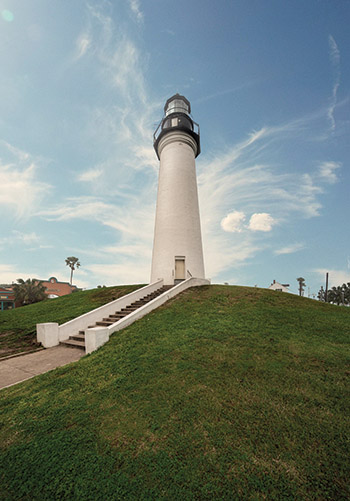 It’s worth making the effort to climb 75 steps up Port Isabel Lighthouse’s snug spiral staircase to experience the breathtaking views from the top, where you can gaze over the picturesque Laguna Madre and the remarkable view of historic downtown Port Isabel.

Constructed in 1852 at the request of sea captains frustrated by visibility issues along the Texas coast, the 72-foot-tall lighthouse was an important fixture in the region until the early 1900s, when more efficient and powerful
towers were constructed. A museum inside a reconstructed lighthouse keeper’s cottage also occupies the grounds.

Located near Lake Corpus Christi State Park, this five-acre site (which contains no services) includes a THC Centennial Marker noting military skirmishes in the area circa 1840.

BROWSING THROUGH THE BRAZOS VALLEY 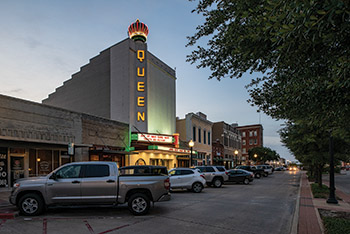 The Brazos Valley area is home to several of the THC’s new sites, including Washington-on-the-Brazos, Barrington Plantation, and Fanthorp Inn.

While visiting Kreische Brewery and Monument Hill, be sure to stop by La Grange’s historic downtown square, anchored by the stately 1891 Fayette County Courthouse (a participant in the THC’s Texas Historic Courthouse Preservation Program). Commercial buildings on the square include two popular eateries that are recipients of the THC’s Texas Treasure Business Award. Enjoy the perfectly prepared pork loin at Prause Meat Market and the tasty pastries at Luka’s Bakery.

For more information about the THC’s historic sites, visit our Storied Sites page or call 512-463-7948. To learn about additional heritage tourism destinations in the Brazos and Independence Trail regions at our Texas Time Travel site.