Frank and George Austin, originally salesmen for an Iowa-based bridge company, revolutionized Texas’s infrastructure development when, in 1910, they established the state’s only steel plant dedicated to metal truss bridges. At the time, all trusses first had to be fabricated in East Coast or Midwest foundries and then shipped by rail to Texas, a process that could take weeks or months.

The brothers’ Dallas plant, which produced more than a million pounds of steel by 1915, could deliver the same product in less than a week. The Austin Brothers also produced a mail order catalogue of standard bridges and a magazine called The Highways, which they mailed to Texas’ county commissioners every month. This aggressive marketing campaign worked, and by the 1930s, the company had expanded into concrete and suspension bridges. Marketing themselves as “the right bridges for the right places,” the Austin Brothers Bridge Company secured more than 3,000 bridge contracts by 1945; more than 200 of their bridges still stand in Texas. 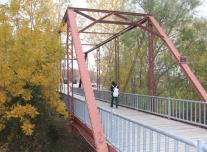 The Austin Brothers originally built the Rector Road Bridge across Denton County’s Clear Creek in 1907, at a time when the brothers were still forced to buy bridges from outside the state. This bridge was one of several dozen constructed in Denton between 1880 and 1910 to keep pace with the county’s burgeoning population and economy. The Rector Road Bridge was so important to the Denton community that local citizens donated $1,200 of the total cost of $1,664. A concrete bridge replaced this Pratt truss in 2005. The Rector Road Bridge's relocation to Guyer High School is an excellent example of the repurposing and preservation of historic truss bridges.

This 1935 Austin Brothers bridge in Foard County originally spanned Little Good Creek. The 80-foot Warren pony truss followed the company’s “80-A” standard design, and timber approaches connected it to the creek bank. In 2001, the bridge was moved to a park in nearby Crowell, Texas. 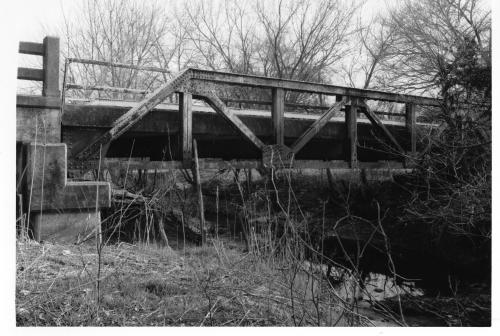 In 1921, the Austin Brothers Bridge Company built the Willow Creek Bridge to carry the Bankhead Highway, the nation’s first paved transcontinental highway, across Willow Creek in Parker County. Federal aid money helped to build this 60-foot Warren pony truss, which followed standard Texas Highway Department designs. It represents the beginning of an integrated national highway system and the end of eccentric local design. After a failed relocation attempt, the Willow Creek Bridge was demolished in 2002. 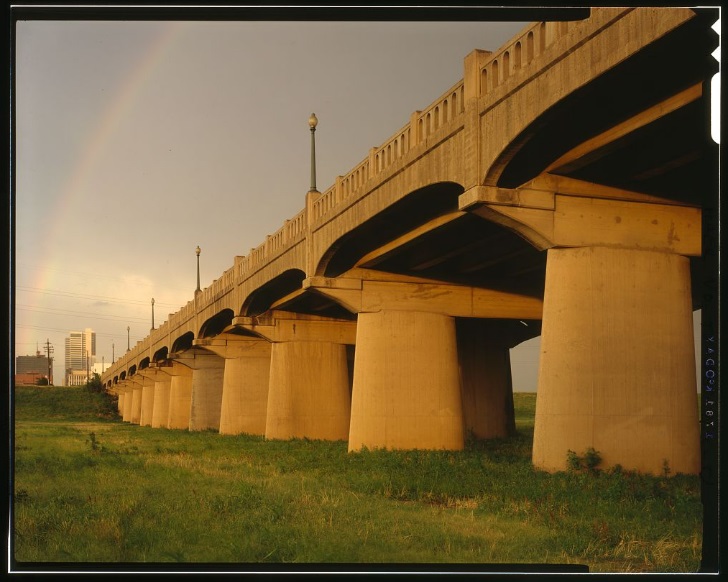 The Austin Brothers built the massive Commerce Street Viaduct in Dallas to withstand flooding of the Trinity River. The viaduct, built at a time when Dallas boosters still hoped the Trinity could be made navigable, is tall enough for ship traffic. County officials rushed to complete this 2000 foot long concrete and steel girder bridge just before election day. Less than 24 hours after the bridge’s opening on July 24, 1930, a truck became stuck on one of the earthen approaches and the bridge was closed for further construction until the end of the year. The completion of the Commerce Street Bridge marked Austin Brothers transition into larger and more diverse projects. 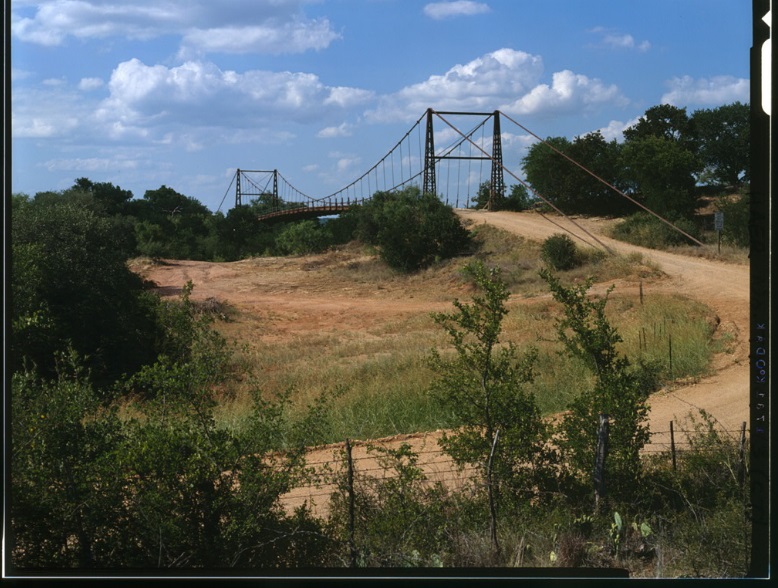 The Regency Suspension Bridge spans 340 feet over the Colorado River between Mills and San Saba Counties. This 1939 Austin Brothers bridge was the last suspension bridge built in rural Texas. Locally known as the “Swinging Bridge,” it has only one lane but still carries car traffic after being refurbished in 1999. Read more about suspension bridges.