Known as the “Oldest Town in Texas,” Nacogdoches takes immense pride in its history. In fact, the entire downtown is listed in the National Register of Historic Places. Nacogdoches honors its heritage through a statue of the city’s founder, Gil Y’Barbo, and numerous historical museums, each conserving a different part of the town’s 241-year legacy. In reality, its settlement is much older—Caddo Indians arrived in this area 10,000 years prior to the city’s establishment. 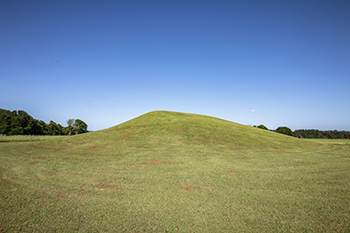 A group of Caddo Indians, also known as the Hasinai, built a village 26 miles west of present-day Nacogdoches 1,200 years ago. Now part of the THC’s Caddo Mounds State Historic Site, the area was the southwestern ceremonial center for the great Mound Builder Culture. Today, the site includes a visitors center and grounds featuring two earthen mounds and one burial mound rising from the wooded Texas Forest Trail Region landscape.

Located about nine miles west of Caddo Mounds is Mission Tejas State Park, built in 1934 by the Civilian Conservation Corps as a commemorative representation of the 1690 Mission San Francisco de los Tejas, the first Spanish mission in the province of Texas. Also in the park is the restored Rice Family Log Home, built in 1828 and restored in 1974. The home served as a stopover for immigrants, adventurers, and local residents traveling the Old San Antonio Road across pioneer Texas. The park offers a wide variety of educational opportunities, including pioneer skills demonstrations and astronomy.

Downtown Nacogdoches, a historic Main Street city, contains antique, apparel, and gift shops, as well as studios and galleries allowing visitors to shop locally and learn about the town’s history. At the old “hitch lot” on Pearl Street is the farmers market, open every Saturday, year-round, from 8 a.m. until noon. Nacogdoches also launched a project, featured in Main Street Matters, with events hosted downtown to attract residents and visitors.

Located on the Stephen F. Austin State University campus, the Stone Fort Museum, a THC Recorded Texas Historic Landmark, is a replica structure funded from Franklin D. Roosevelt’s New Deal Program. The original, created in 1779 by Nacogdoches militia commander Antonio Gil Y'Barbo, was destroyed in 1902. Inside, artifacts and exhibits showcase the history and legacy of the Texas Revolution and early East Texas leaders such as George Crocket. 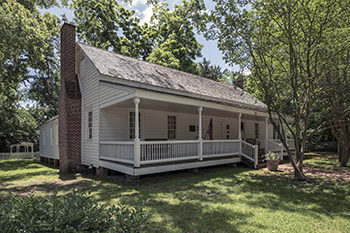 Listed in the National Register of Historic Places, the 1830 Sterne-Hoya Museum and Library was built by Adolphus Sterne, a merchant and Texas Revolution leader, before it was sold to the von der Hoya family in 1869. Now, the house depicts the Sterne occupancy during the Texas Revolution and the living conditions of the Hoya family. The interior is still furnished with antiques donated by the Hoya family.

Nacogdoches is surrounded by East Texas’ famed piney woods, and one of the closest and best places to explore them is Angelina National Forest, one of four national forests in the state. The 153,179-acre forest sprawls from just southwest of Nacogdoches to more than 50 miles to the southeast. Hikers will love the Stephen F. Austin Experimental Forest Interpretive Trail System, located about 10 miles southeast of Nacogdoches within Angelina National Forest. Two trails totaling about three miles take hikers deep into the woods, winding through diverse forest habitats and across the spring-fed Jack Creek.

Further afield are the National Register-listed Aldridge Sawmill ruins, roughly 50 miles southeast of Nacogdoches in Angelina National Forest. The only remains of the former lumber town of Aldridge are the enormous and stark concrete walls of former mill facilities, now creating an eerie juxtaposition to the surrounding natural beauty of the forest. Trees grow in and alongside graffiti-covered walls that are slowly being reclaimed by a forest they once helped decimate. 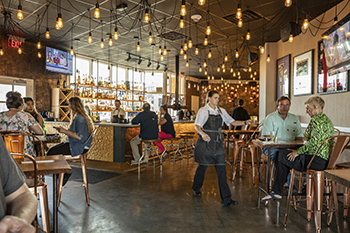 The historic Fredonia Hotel features three restaurants, each with its own ambiance and menu. 1st City Café serves farm-to-table southern cuisine for all meals, including staples such as shrimp and grits and beef enchiladas. Featuring pool views and outdoor music, Nine Flags Bar and Grill is a popular spot to unwind, where customers can enjoy a cocktail and snacks. For a more lavish dinner, visit the Republic Steakhouse. Not only does the restaurant have delicious East Texas-inspired food, but it supports local cattle farmers with antibiotic and steroid-free beef—bred, born, raised, and harvested in Texas.

Visit El Ranchero for authentic Mexican cuisine. For the past nine years, the restaurant's salsa was named the best in town. The live guacamole is the most popular appetizer—waiters make it at the table with fresh avocados and other add-ins such as jalapenos, tomatoes, lime, and cilantro. Customers also rave about the fajitas—options include chicken, quail, or a chicken and beef combo.

The Fredonia Brewery includes a brewhouse and taproom that extends to a covered patio and beer garden. The brewery’s name and tagline reference the local Fredonia Republic of 1826–27: “Brewed with the independent spirit that created Texas.” The Fredonia also houses a 2,400-plus can collection started in 1959. Visitors can enjoy a cold one or a root beer under one of the pergolas in the beer garden or on the patio. 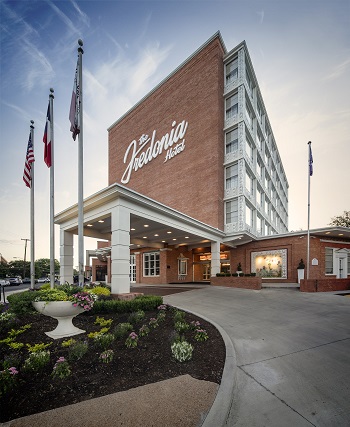 For a rustic, homey experience, consider lodging in a quaint bed and breakfast. The four-bedroom Hardeman House includes a lounge, garden, and furnished wrap-around porch. The house also offers specially prepared breakfast and is within walking distance from downtown. Similarly, the Jones House is close to shops and dining establishments on historic Main Street. Travelers not only enjoy the proximity to historic sites, but also the luxury of staying in one.

The Pine Creek County Inn offers a communal and country atmosphere but with a modern flair. Located on a 25-acre plot, this resort hosts a variety of amenities such as a pool, archery, skeet-shooting, and in-house dining.

A Texas Main Street city, San Augustine features an impressive collection of historic structures and sites including public buildings, residences, and churches on shady, tree-lined streets. San Augustine was established in 1834 along El Camino Real de los Tejas, the “Royal Highway” that ran from the Rio Grande to Louisiana. The town was a point of trade and politics in the early 1800s and during the days of the Texas Republic. 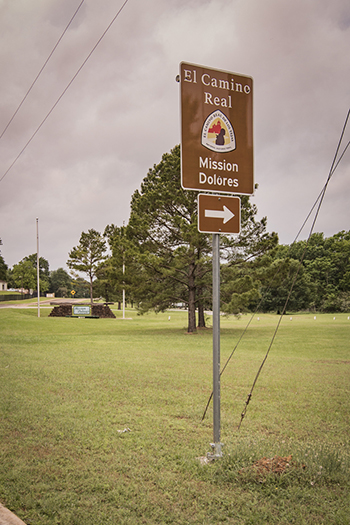 To understand the area’s rich history, visit the Texas Historical Commission’s Mission Dolores State Historic Site, which commemorates the location of a Spanish mission founded in 1716. The site tells an important history about the Native American experience with Texas’ earliest European settlers. Mission Dolores is listed in the National Register of Historic Places and is a designated State Antiquities Landmark; El Camino Real de los Tejas also passes through the property. Visitors can explore the site’s history at the museum where interpretive displays tell the story of Mission Dolores. The property also has a campground, picnic area, and group pavilions.

Anchoring downtown San Augustine, the 1927 San Augustine County Courthouse is the third temple of justice to serve the county. Constructed of Texas Leuders limestone with a green tile roof, it was designed by architect Shirley Simons in the Classical Revival style. Funds from the Texas Historic Courthouse Preservation Program helped restore the courthouse to its original splendor, including a reconstruction of the gallery overlooking the district courtroom.