Prior to the Civil War, Fort Lancaster served as a U.S. Army infantry post. When the war began in 1861, the Confederacy took possession of the fort and stationed troops there. After the war ended the U.S. Army returned to Fort Lancaster with Company K of the 9th Cavalry, under the command of Captain William Frohock. It was during the Civil War the U.S. Army created units composed of African American soldiers. These units would eventually become known as Buffalo Soldiers, many of whom were stationed in Texas, including at Fort Lancaster, which served as sub-post for Fort Stockton. On December 26, 1867, the Buffalo Soldiers at Fort Lancaster participated in the only battle in Texas history where a U.S. military fort was attacked by Native Americans. 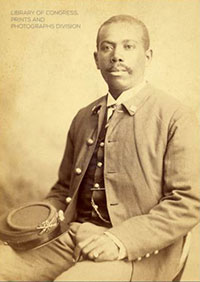 The soldiers driving the horses towards the creek also found themselves under attack. The sound of gun fire broke out as the Kickapoo closed in, overtaking and killing two more soldiers, Private Eli Bowers and Private Anderson Trimble. The remaining soldiers turned and drove the herd back to the safety of the corral. Capt. Frohock wrote: “The horses under change of guard were just passing through camp on their way from grazing to water when a rapid dash was made from the north by about two hundred well mounted Indians, who succeeded in stampeding the herd and some sixty horses through and around the camp towards the south.”December 26, 1867, started as a typical day at Fort Lancaster. Apart from Christmas festivities, routine duties kept the soldiers busy. Around 4:00 in the afternoon a wagon and several soldiers were at Live Oak Creek collecting wood and filling barrels with water. Another group of mounted soldiers were driving the company’s horses and mules from pasture to the creek. All was calm until one of the soldiers; Private William Sharpe spotted a large group of Native Americans believed to be the Kickapoo and their allies approaching along the creek. As the Kickapoo advanced, Private Sharpe gave warning to his fellow soldiers, but he was quickly overtaken and killed. The remaining men from the wagon hid in the brush to avoid meeting the same fate as Private Sharpe as the area was now overrun with hostile Indians. The soldiers reported later there were also Mexicans and Whites fighting alongside the Native American force. 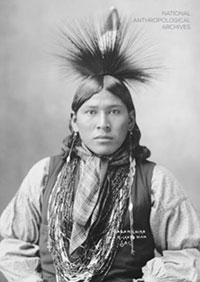 Another group of Kickapoos had charged up from the west and closed the entrance to the corral in an attempt to keep the fort’s horses out. Shots rang out and chaos arose as the Kickapoo attempted to encircle the oncoming horses and capture them. The rest of the soldiers rushed to defend the northern, western and southern ends of the fort. Forming skirmish lines and seeking protection behind the fort’s buildings, they fired their Spencer repeating carbines, which could fire seven shots before reloading, at the attackers. The assault from the north reached as far as the Sutler Store before it was halted.

From the south a large group of attackers advanced on the fort. The soldiers managed to drive the horse herd to the corral entrance, but the horses panicked and stampeded south and into the Kickapoo line. Capt. Frohock wrote: “But such, I regret to say was the panic among them (horses)… that it was found impossible to control them long enough to open the corral.”

A turning point was reached as the Kickapoo halted their advance and focused on rounding up the fort’s horses. Capt. Frohock wrote: “Had this stampede not occurred it is doubtful if the defenses against such overwhelming odds could have been successful.” The soldiers advanced to recover the horses, firing their carbines at the Kickapoo line. The Kickapoo fell back out of range of the soldier’s carbines, keeping the newly captured horses behind their line. 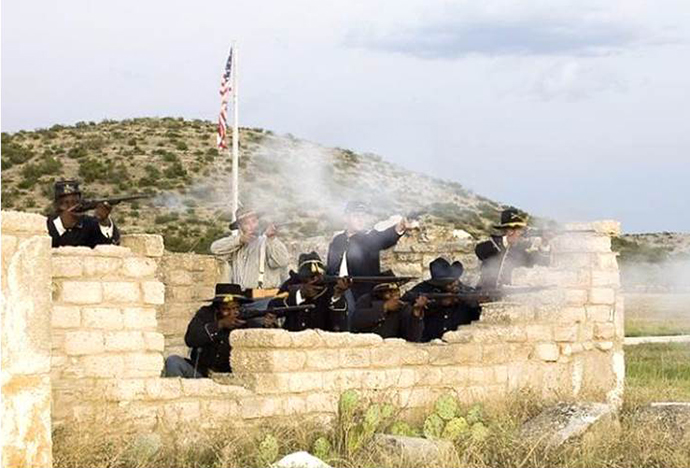 Meanwhile, the Kickapoo launched a second attack at the north end of the fort. Capt. Frohock ordered his men back to the fort to reinforce the post. After continuous firing by the soldiers the northern group of attackers fell back. Capt. Frohock wrote: “Large parties had now appeared upon the surrounding hills and coming up the canyons. Two-thirds of them were dismounted. Every disposition indicated a simultaneous attack from all sides to have been intended; but after the stampede of the horses, their objective seemed accomplished and the Indians upon the hill-sides and in the valleys south and west of the camp made no further demonstrations although several hundred appeared in full view.” 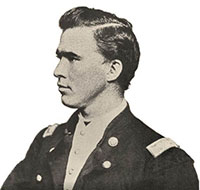 History had placed a rare event upon the soldiers of Fort Lancaster. It remains the only U.S. Army fort in Texas history that was directly attacked by Native Americans. The Buffalo Soldiers of Company K, 9th Cavalry would never forget the battle. Despite overwhelming odds the Buffalo Soldiers fought hard and defended Fort Lancaster. Captain Frohock wrote: “The enlisted men, especially the noncommissioned officers behaved gallantly.”As darkness fell, no other attack was made and the Kickapoo moved south. The next morning the soldiers collected arrows, whips, revolvers, a headdress and other items from the battle. Thirty-two of the fort’s horses and six mules had been captured by the attackers. Three of the Buffalo Soldiers and two or more Kickapoo lost their lives in the battle. Capt. Frohock wrote the regimental headquarters at Fort Stockton: “I have the honor to report that my camp was attacked from three directions by upwards of nine hundred Indians, Mexicans and White renegades about 4 ‘0’ clock P.M. yesterday.”