In February 1861, Texas seceded from the Union and the nation was on the brink of Civil War. Between February 18, 1861 and April of that year, 17 military posts in Texas were abandoned or surrendered to Texas State Troops. Following Special Orders No. 411, the Federal troops that had occupied these posts marched to Indianola, Texas, where ships were awaiting to take them from the state to Union-controlled ports on the East Coast. 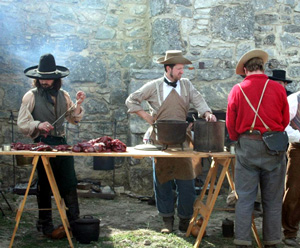 The frontier line of defense was now largely abandoned, and Texas was open to invasions from the west by Federal forces operating in New Mexico Territory and the north by the Federals in St. Louis. Col. Henry E. McCulloch was instructed to move into the abandoned military posts and utilize his regiment, the 1st Texas Mounted Rifles, to patrol the frontier line from the Red River to Camp Concho, located at the junction of the Concho Rivers near present day San Angelo, a distance of roughly 400 miles. With the aid of Company E based out of Fort McKavett, this line of defense was further extended south to include the area between the San Saba River and the tributaries of the Concho River in October 1861. 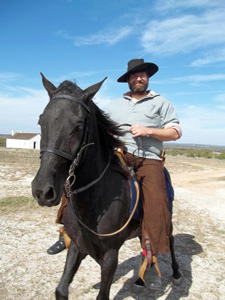 The primary purpose of the soldiers stationed along the frontier defense line was for the defense of the civilian population from raids by Native Americans and bandits. Although regular patrols between the frontier posts were carried out, attacks on civilians frequently occurred. The continued skirmishes with Native Americans along the frontier line, combined with the attrition experienced by the 1st Texas Mounted Rifles, compelled Col. Henry E. McCulloch to petition Governor Francis R. Lubbock in December 1861 for relief. McCulloch suggested that six companies of 80 men each be recruited from the frontier counties to protect the frontier settlers.

The state was divided into 33 brigades, each comprised of citizen volunteers living within the protected areas. Fort McKavett was now within the boundaries of the 31st Brigade of Texas State Troops and would be used as an outpost and supply depot by the State Troops operating nearby. The men that composed this brigade were from Concho, McCulloch, San Saba, Menard, Mason, Llano, Kimble, Gillespie, Blanco, Edwards, Real, Kerr, Bandera, Kendall, Comal, Kinney, Uvalde, Medina, Maverick, Zavala, Frio, and Atascosa counties.

Fort McKavett continued to be used on a regular basis by the men of the Frontier Regiment throughout the summer and autumn of 1862, but by the summer of 1863 the frontier line of defense had been driven back to the 1848 line, which ran from Fort Martin Scott in Fredericksburg north to Fort Worth. Confrontations with Native American groups were on the rise and the civilian population, if they had not already withdrawn further east for protection, were packing up and heading to greener pastures in California2. With the civilian population evacuating the frontier and the Texas State Troops being redeployed to other parts of the state, Fort McKavett was abandoned again in early 1864. The area surrounding the post served as a refuge for bandits, Texas State Troops, Confederate deserters, supposed renegade Federal soldiers from California and New Mexico Territory, and Indians. 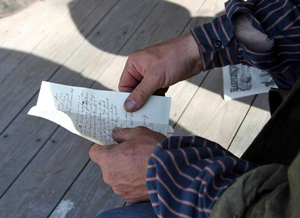 On March 10, 1865, Brigadier Gen. McAdoo issued orders to the commanders of the 2nd and 3rd Military Districts to prepare for a major military campaign to leave from Camp Verde within the next month and cover the land between Fort McKavett on the San Saba River and the Concho River to apprehend deserters and force them back into service. The troops proceeded through Kerrville, west along Johnson’s Fork of the Guadalupe River, and then north to the Llano River Valley. The column of Texas State Troops arrived at Fort McKavett on April 21, 1865, with 22 fewer men than when they started the campaign. After two days of rest, they left Fort McKavett and headed north toward Kickapoo Creek, where one of the scouting parties came across a group of 23 supposed renegade Federal soldiers camping on a brushy hilltop. After the men—commanded by Lt. Henry Smith—charged them, the renegades fled in the direction of the South Concho River.

Believing that the renegades must have headed south and taken refuge at Fort McKavett, Brown had his men continue north to conceal their location from watching eyes. He then had them double back after night fall and march to Fort McKavett to catch the renegades in hiding. After three days of forced marching, the column arrived at Fort McKavett and captured five men on post. The rumored unit of renegade Federals was never found, and three of the five men captured at Fort McKavett were soon released. The remaining two men were identified as horse thieves and were taken into custody.

This was the last military presence at Fort McKavett during the Civil War. On May 26, 1865, the Department of the Trans-Mississippi was surrendered by Gen. E. Kirby-Smith. The soldiers within the department, especially those serving on the frontier, simply went home.