The Founding of Castroville

Castroville was colonized in the mid-1840s by a group of colonists from the Alsace province of France. Most of the Alsatians who immigrated to Texas were attracted by the promise of free land. By the mid-19th century, the Alsace region was stressed by overpopulation, which had depleted the amount of farmland and housing. Their only other option was to find land elsewhere. At precisely this same time, the Republic of Texas was looking to further settle its vast territory. 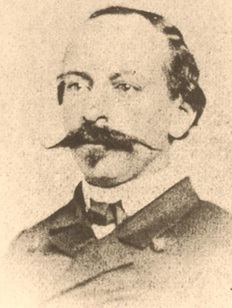 In 1836, the population of Texas numbered about 50,000, which was not a lot of people for such a large area of land. With the Alsatians needing land, and the Republic of Texas needing people, all that was missing was someone to bring the two together—that man was Henri Castro.

Henri Castro was an empresario, a person who had been granted the right to settle on Texas land in exchange for recruiting and assuming responsibility for new settlers. The empresario system dates back to when Texas was still under Spanish, and later Mexican, rule. Among the most well-known empresarios was Stephen F. Austin. In order to be an empresario and settle a large group of people in a new country, you had to be a good leader, organizer, and salesman because you were competing with other empresarios. Castro was a born leader, organizer, and promoter.

In February 1842, Castro received a land grant contract from the Republic of Texas. The grant promised him more than a million acres of land in South Texas if he would introduce at least 600 families and/or single men within three years and establish four towns. With land grant in hand, Castro energetically began recruiting settlers from all over France, having the most success in the province of Alsace. To entice people to leave Alsace and come to Texas, Castro promised each head of a family 640 acres (one square mile) and each single male (17 or older) 320 acres. The settlers had to agree to build a cabin, cultivate at least 15 acres, and live on the property for at least three years. The offer of owning your own land was very tempting, but a bit unsettling to someone not at all familiar with Texas. These immigrants had to totally trust Castro and believe that relocating would be in their family’s best interest. It must have been extremely difficult for them to put their trust in a stranger, leave their homeland, and start a new life in a faraway place called Texas. They would be the first of many colonists to follow Castro to Texas.

The journey to Castro’s land grants was extremely long and filled with many hardships. On November 2, 1842, the first wave of Alsatian colonists—114 men, women, and children—boarded the ship Ebro in Harve, France and set sail for the port city of Galveston, a voyage that would last approximately 66 days.

The colonists’ journey did not end with the ocean voyage. Once they reached Galveston, they loaded their possessions on oxcarts and began a 200-mile trek to Castro’s land grants. The months of January and February in 1843 proved to be exceptionally cold and wet. The swampy coastal terrain caused the heavy oxcarts to constantly bog down. The procession of colonists moved very slow, averaging only three to four miles per day. Many of the colonists contracted fever and became sick during the trip, and some didn’t survive. 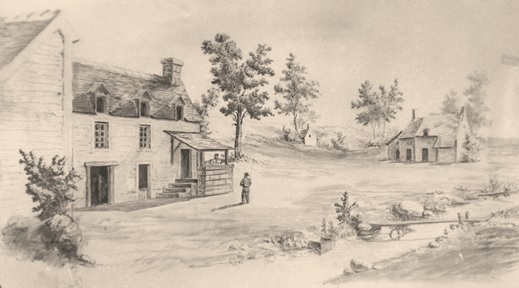 As a means of bolstering the will of the colonists to succeed, Castro provided them with food, farm implements, seed, livestock, medicines, and numerous other items. By the end of his life, Castro spent a considerable amount of his own money for the welfare of his colonists.

Hotel - Wednesday through Saturday nights, or by appointment