In 1896, William Jefferson Glasgow and Josephine Magoffin were married in what was heralded as one of the grandest events in El Paso’s early history. However, the Magoffin-Glasgow connections began long before, when Glasgow brothers Edward and William Henry and James Wiley Magoffin were active in the early days of the Santa Fe Trail trade.

After retiring from the trail, Edward Glasgow resettled back in St. Louis and married Harriet Kennerly. Their son, William Jefferson Glasgow, was born in 1866. Young William attended Washington University in St. Louis and then received an appointment to the United States Military Academy at West Point. He graduated as a second lieutenant in 1891. 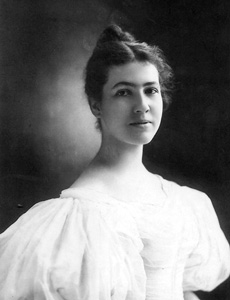 In 1892, William was dispatched to Fort Bayard, New Mexico, where he later met Josephine Magoffin at a dance. The daughter of Mayor Joseph Magoffin, Josephine was born in El Paso in 1873. When she met William, she had just returned from school in Washington, D.C. and Dresden, Germany. It was clear that William was more than smitten with the sophisticated and beautiful Josie Magoffin, judging from a letter he wrote her on March 27, 1895:

Now, Dear, if I may call you, we will not misunderstand each other. You are very dear to me and I want you to be my wife. That is indeed a plain statement, not dressed in sentimentalism. I hope that even if not now you will someday say yes. It may not be quite easy to decide but it is your task. You your own dear sweet self must say whether we spend the rest of our days together or I cannot write the alternative.

Sometime shortly after this letter, they were formally engaged and they married in El Paso on October 29, 1896. The ceremony took place downtown at the Church of the Immaculate Conception. The newspapers reported that it was “the most fashionable and brilliant wedding that has ever been witnessed in El Paso.” The church was thoroughly decorated with white and yellow chrysanthemums, matching the bridesmaids’ outfits, while the groomsmen were in full military uniform. There were so many onlookers that ushers had to stand guard a half-hour ahead of the ceremony to make sure guests could be seated, and then they closed the doors behind the bridal party to keep the crowd from surging inside. Afterward, an elaborate reception took place at the Magoffin Home. 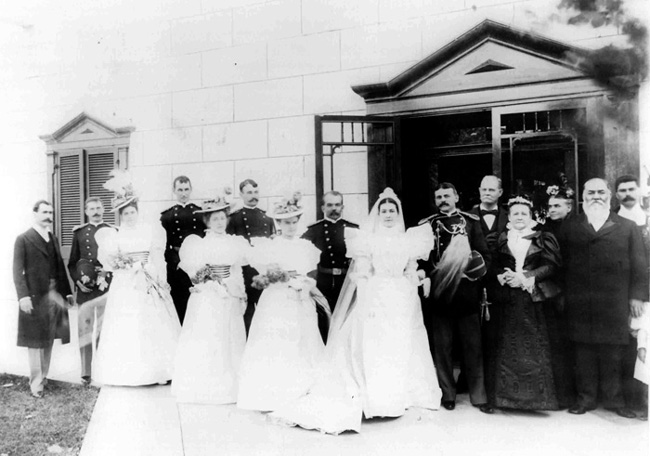 William had quite a varied military career, including deployments in Cuba during the Spanish-American War; Fort Meade, South Dakota breaking Montana broncos for the cavalry; the Philippines; and Fort Riley, Kansas where he served on the “Munson Shoe Board” developing the shoe shape for Army boots still used today. By 1916, he was dispatched to New Mexico to be part of Pershing’s Punitive Expedition pursuing Pancho Villa. During World War I, he trained officers in Virginia and finally retired in 1927 after receiving the rank of brigadier general. 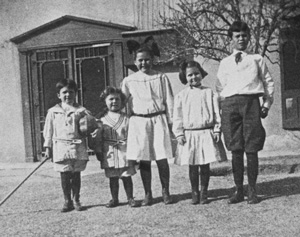 In the early years of William’s military service, Josephine often visited or stayed at the Magoffin Home in El Paso. Their first two children, Joseph (1898) and Octavia (1900), were born at the Magoffin Home because Josephine often lived with her parents while William was overseas. As the children grew, the family traveled more frequently with William. The remaining children—Harriet (1902), Ned (1903), and Bill (1905)—were born as the family followed their father to different military posts. In 1985, Octavia Glasgow wrote a recollection of her mother during this time period:

She was a courageous woman and she had a mind of her own in a day and age that it was not a popular thing to have…She ran a large home, bore five children, entertained and traveled, all as the military way of life dictated.

When her children left home, Josephine corresponded frequently and encouraged them to excel. A collection of these letters shows the close nature of the family. According to her grandchildren, Josephine ran the family in a very controlled manner—so much so that her husband, the General, would lovingly refer to her as “The Admiral,” indicating that her rank in the family was equal to his own. Josephine was acutely aware of social conventions and there is evidence she played matchmaker for some of her children.

The Glasgow family was also very close to both sets of parents. William’s father, Edward, visited the family in El Paso after their wedding and again in New York in 1906-07. Josephine’s parents, Joseph and Octavia Magoffin, also visited the family numerous times over the years. In the distribution of Joseph’s estate, Josephine inherited the Magoffin Home, and after their years of travel they retired to El Paso. 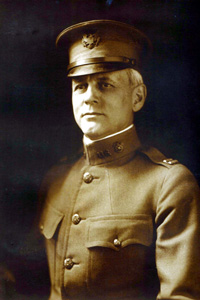 After retiring in 1927 as a brigadier general, William went to Europe for several months to visit his children, Joseph and Harriet, while Josephine went to El Paso to redecorate the Magoffin Home. Her renovations were extensive, including plastering the walls, adding niches and recessed lighting, and installing gas in all the fireplaces. Then Josephine joined her husband in Europe for a few weeks before they returned to El Paso. In El Paso, William took a job with Nichols Copper Refinery, where he worked until 1941. Over the years, the couple took a keen interest in historical research and military history and corresponded with historians nationwide. The General also followed the military careers of his sons.

When the Glasgows came to live in the Magoffin Home, they were surrounded by approximately five acres of land that still featured some of the remains of Joseph Magoffin’s original fruit orchards. Many people from the neighborhood still recall cutting through the extensive grounds to get to San Jacinto School or daring one another to steal prized fruit from the Glasgows’ garden. In 1962, the couple sold 3.5 acres of the property to the city. The Housing Authority built the Sun Plaza Elderly Housing Project on it and it still surrounds the Magoffin Home today.

The Glasgows had a busy life in El Paso. They raised daughter Harriet’s three children and the home became a favorite family gathering place. The couple loved opera and poetry and were active in El Paso society, including becoming members of the Pan American Round Table, the Christ Child Society, the Little Theater, and the Plant Fruit & Flower Guild. In their later years after World War II, the couple cut back on their social activities and spent most of their time at home. Their few public appearances were made for issues important to them, such as the General’s involvement with the centennial ceremonies for Fort Bliss in 1948. 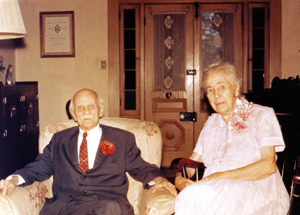 In March 1964, Gen. Glasgow became a celebrity of sorts. He attained the “honorary command of the Long Gray Line,” a distinction held for decades by the oldest living graduate of West Point. Over the next three years, the Glasgows entertained many military guests and each year the local newspapers chronicled his advance toward his centennial birthday in 1966. At the time of his death in 1967, he was the third longest-lived graduate of West Point at the age of 101 years and 2½ months. Josephine died the next year at the age of 94. The General was buried with full military honors at Fort Bliss National Cemetery. Josephine was buried in the Magoffin Family plot at Evergreen Cemetery. They are remembered for their faith, their love for their family, and their dedication to their country.