On February 20, 1836, a notice appeared in the Telegraph and Texas Register newspaper of San Felipe de Austin, the capital of Stephen F. Austin’s colony in Texas. It announced the formation of a new law partnership between William B. Travis, future martyr of the Alamo, and Franklin Jefferson Starr, brother of Dr. James Harper Starr and uncle of James Franklin Starr of the Starr Family Home.

Franklin and his wife Pamela had recently immigrated to Texas from Georgia with the intention of bringing more family members to the colonial capital. Travis had moved his law practice to San Felipe from Anahuac, near Galveston Bay, and formed and subsequently ended a law partnership with G. Willis Nibbs. Unfortunately, this new partnership with Franklin Starr was to be a short lived one, too, but for a much different reason. 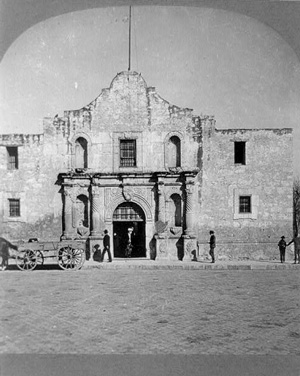 On March 6, 1836, Travis was killed along with the Texian defenders of the Alamo. When word of the Alamo’s demise reached San Felipe, the town’s citizens, including Franklin and Pamela, fled eastward from the advancing Mexican Army. While most citizens left with few belongings, Franklin managed to get away with some items from the Travis and Starr law office, including Travis’ personal diary.

The diary dates from August 30, 1833 to June 26, 1834, and contains the only extensive manuscript writings by the Texian commander at the Alamo. In it Travis recorded his daily activities, giving details on his personal finances, law practice, social life, and reading habits.

Franklin and Pamela arrived in Nacogdoches and soon welcomed his brother and sister-in-law, Dr. James Harper and Harriet Johnson Starr. The unrest in Texas caused James and Harriet to stay in Alabama with Harriet’s family until the crisis passed. The brothers intended to find land further west than Nacogdoches but decided to stay until things were calmer. In the meantime, the Starrs engaged in their respective professional pursuits.

Following Franklin’s death in 1837 after an Indian scouting mission and her son’s death two years later, Pamela moved back to her home state of Massachusetts. While she kept up with her Starr in-laws through letters, many times stating how much she loved and missed them, she never mentioned the Travis diary or the settlement of her husband’s estate. It is presumed Dr. Starr, the executor of his brother’s will, kept and preserved his brother’s papers along with his own. 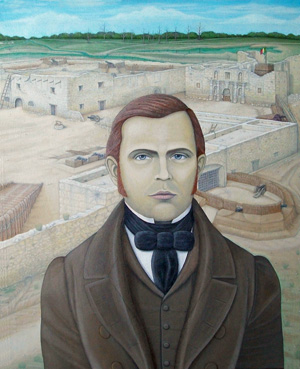 The sudden death of his brother and the responsibility of two families caused Dr. Starr to decide to “remain at Nacogdoches, where all would have the advantage of an intelligent, cultured and well established society, such as few other places in the new Republic afforded.” The Starr family remained there for more than 30 years.

In 1932, Oscar Henry Cooper Jr., Dr. Starr’s great-grandson, persuaded the family to donate Dr. Starr’s papers to the University of Texas at Austin. Among the papers donated that year were slave receipts, personal expense ledgers, business ledgers and letters both received and sent, but not the Travis diary. The diary was given to the university in a separate donation in 1940. This was the final journey of the diary of Col. William Barret Travis.

In 1966, the Texian Press, owned and operated by Robert E. Davis in Waco, printed the diary in its entirety. The book Diary of William Barret Travis, August 30, 1833-June 26, 1834 was edited by Davis. Copies can be found in local libraries and are occasionally available for purchase online.