Columbus Patton and the Enslaved People of Patton Place 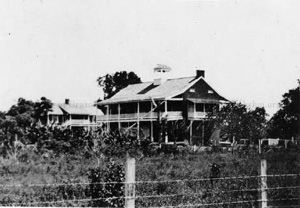 Members of the large and wealthy Patton family moved from Kentucky to Texas beginning in the early 1830s. They included parents John and Margaretta Patton, at least four brothers–Columbus, St. Clair, William, and Mathew–along with the families of their sisters America Patton Aldridge and Margaretta Patton Murphee. All of the Patton family members began to acquire land and cultivate sugarcane in areas of Brazoria County.

Columbus Patton purchased 4,428 acres of Martin Varner’s property in 1834, including the current location known as the Varner-Hogg Plantation State Historic Site. Soon after the purchase of the property, he began construction of the current main house and several outbuildings with the labor of enslaved African Americans. The plantation remained in Patton’s name until his death in 1857 at the age of 45, but was operated as a family enterprise. Records of the property were kept by the probate manager of his estate through about 1870.

Tracing the history of enslaved peoples owned by Columbus Patton and other members of his family is possible through the examination of plantation records, probate court cases, slave census records, and agreements between members of the Patton family “leasing” individuals for labor from one property to another. Some information about former Patton family slaves can be traced in the Brazoria County census of 1880. These records contain information about the lives of individuals over a period of almost 50 years. While the records list names, ages, and assigned values of the slaves, they contain little information about their personal lives and the conditions under which they were enslaved.

Records for all the Patton family properties in Texas trace nearly 200 enslaved people between 1830 and 1865, and provide a complicated and sometimes confusing timeline of the events that affected their lives. The exact number of people is difficult to determine because of variations in spelling, the Patton family’s frequent movement of enslaved individuals from one plantation to another, and the lease of laborers from neighbors and associates. It is impossible to tell if this movement happened because of a family perception that their human “property” was owned in common, or to get around inheritance laws and taxes. Of the individuals who can be traced, eight of the people who appear on the 1880s census of the area list themselves as having been born in Africa between 1805 and 1820. This suggests that some of the enslaved people were brought directly from Africa to the Republic of Texas, since the United States outlawed international slave trading in 1808. 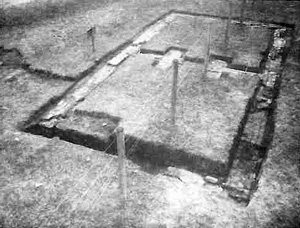 Two former slaves of the Patton family, Sarah Ford and Anthony Christopher, were interviewed in 1938 as part of the Works Progress Administration writer’s project. It documents the lives and memories of African Americans during the antebellum years (the period prior to the Civil War). These two interviews combine with other research in plantation records to list some of the specific jobs of enslaved people on the property. They include a cook, “sugar house man,” tanner, shoemaker, milk maid, herbalist/healer, preacher, and one African American resident who assisted in overseeing the property. Records mention the punishment of slaves by whipping, including two “run-aways” who were recaptured and fitted with irons of some type to secure them, and the attempt to sell one person who was considered to be too troublesome to manage. Additional sales of individuals are mentioned, and it is not clear if any attempt was made to keep families together in those cases.

The records reflecting the enslaved people held at the Patton Place suggest that a fairly significant amount of money was spent on doctor visits and medical treatments for them. Again, it is not possible to attribute motives for these expenditures by the Pattons. They may reflect a paternalistic concern for people considered human “property,” or a desire to protect what the Pattons thought of as their large financial investment in their workers. Between 1830 and 1865, records show there were 540 medical visits to enslaved people on the property at a cost of $2,300, equal to approximately $52,000 in 2010 dollars. Included are medications and treatments for tooth extractions, childbirth and miscarriages, venereal diseases, dressing of wounds, setting of broken bones, and amputations.

Patton’s Last Will and Testament

Columbus Patton never married nor had children. Late in his life Columbus Patton was declared mentally unstable in court by his relatives, and institutionalized in South Carolina in 1854. He died there of typhoid dysentery in 1857. He had also received treatment for what may have been a brain tumor. The terms of his Last Will and Testament were contested by his nephews and nieces in a court case that continued for years after his death. While this court case was an economic concern to members of the Patton family, it also must have been an unsettling time for the enslaved people living at Patton Place. They could not be certain what would happen to them when the case ended, whether they would be forcibly moved from one property to another, or whether their families would be broken apart and separated. Columbus Patton’s Will of 1853 would have given four enslaved individuals the freedom to choose their living locations and provided two of them with some financial support. By the time the Will left probate, one of these individuals, Maria, had died.

Evidence given to the 1857 probate court by 10 neighbors, former Anglo employees of Columbus Patton, and members of his family who were contesting his Will, does suggest the possibility that he had shared some kind of domestic relationship with one of his household slaves named Rachel for many years. At different times after emancipation, she used the surnames Bartlett and Patton. While it is impossible to know the exact nature of their relationship, quotes from the court documents provide some evidence that she played an important role in the history of Patton Place. The following three quotes are typical of what was said:

In 1857 the family members who were part of the probate case agreed to a partial settlement, which allowed Columbus Patton’s directions for the support of the three surviving specific enslaved individuals to proceed. This gave them freedom of movement within Patton family-owned properties, but not their actual freedom. This agreement also included making annual payments to Rachel as stated in the Will.

In 1860 the manager of the estate, John Adriance, reported to the court that, “The Negro woman Rachel has been induced to remove to Cincinnati, Ohio. The petitioners have and will continue to pay the annual allowance provided for her. But her presence near the plantation and slaves belonging to said estate was believed to have become exceedingly injurious to the interest of said estate and perhaps dangerous. That it was deemed not only best but necessary to procure her removal and she was therefore induced to remove to Cincinnati.” During the years she lived in Cincinnati, Rachel used the last name Bartlett. (Brazoria County Probate Records, Case #690, file#3, March 1860)

By the fall of 1867, Rachel had moved back to Brazoria County and continued to receive an annual allowance and make purchases with local merchants charged to the Patton estate. The final record of her appears in the 1880 census in Precinct 2 of Brazoria County, where she is listed as “Rachel Patton, Black, Female, 60 years old, widowed, occupation keeping house, cannot read, can not write, from Kentucky, birthplace of her parents unknown.”

Columbus Patton’s estate was not officially closed and completely settled at the request of surviving family members until the early 1870s.