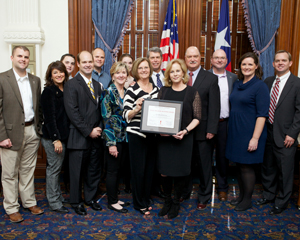 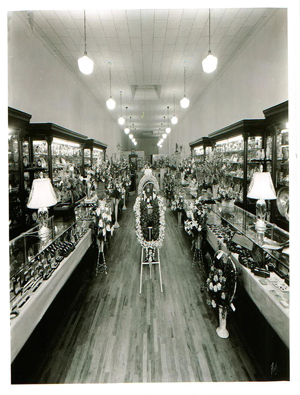 In 1918 Chase Holland purchased the jewelry business located at 113 S. Chadbourne in downtown San Angelo, moving from San Antonio. Business grew steadily until the Great Depression years which were difficult in San Angelo, just as in other regions. Survival was a challenge but in 1936, as the economy began to slowly show signs of recovery, Holland wanted to create a gift of appreciation to give to his friends and suppliers who had supported him through the tough years. He designed and crafted a sterling silver miniature spur as a tie clip. The spur was a symbol of gratitude and recognition for someone who had "won his spurs" in the western tradition. The miniature spurs evolved into a patented line of spur jewelry for men and women that has become a trademark of West Texas.

A family business, several generations of the Holland family have managed the store, now located in a new building at 501 W. Beauregard Street, still in the heart of San Angelo’s Main Street business district. Today, Chase and Bill Holland, grandsons of the founder, manage the company with shareholder and vice president Brant Horner. Holland's Jewelry has always been dedicated to friendly service striving to provide both quality and value. Holland's has been a member of the American Gem Society for over 40 years and is a charter member of the Texas Jewelers' Association.